Despite the fact that land is intrinsically fixed in space, a new transnational market for land is born. Indeed, data from the Land Matrix suggests that in the last 16 years 77.5 million hectares of land – a surface slightly smaller than the entire Mozambique – have been transferred to international investors or are currently under negotiation. More than 140 countries are involved in this international market for land either as investor country, or as target country, or both. Private companies constitute the main subject, but also governmental agencies and investment funds play an important role. Figure 1 and Figure 2 – generated using the LandPortal’s LandBook and based on Land Matrix data – reflect the global geography of this phenomenon by aggregating respectively the hectares and the number of deals by destination country over the 2000-2016 period. According to the second edition of the Analytical Report of the Land Matrix, the 5 most targeted countries in terms of total area for concluded deals – namely Indonesia, Ukraine, Russia, Papua New Guinea and Brazil – are not located in Africa, yet Africa remains the most targeted region both in terms of number and area of the deals. 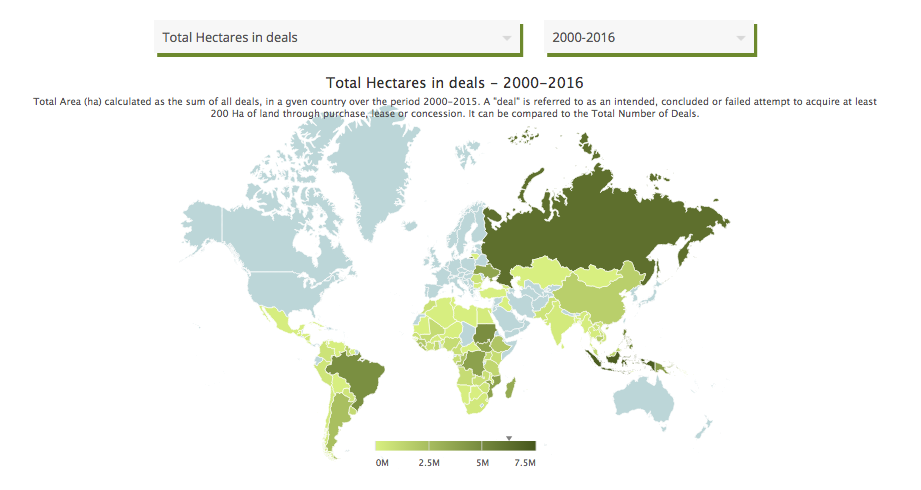 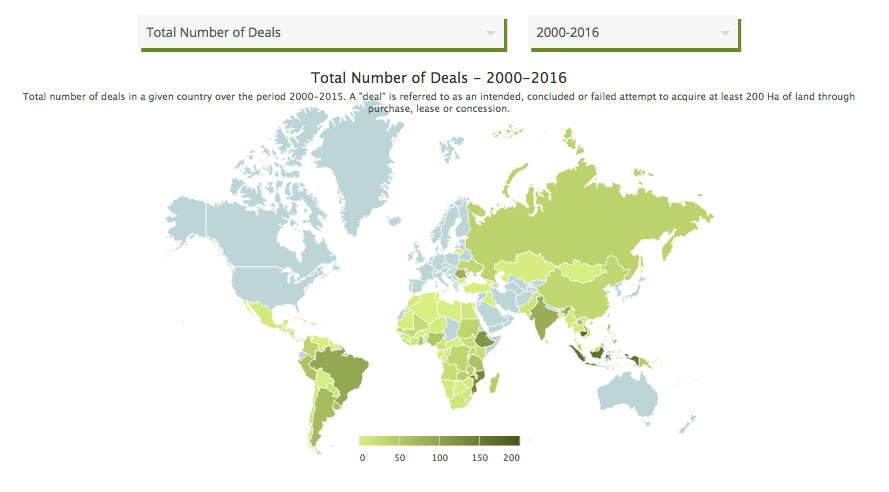 In general, this newly born global market for land mirrors an increased competition over global land reserves. After decades of neglect, international investors are now looking at land as a valuable asset. However, the overall impact of this market is still very controversial. On the one hand, international investors are injecting an unprecedented amount of capital in agriculture, biofuel production, mining, and forestry activities, thus suggesting that this wave of transnational land deals might constitute a development opportunity for low and middle income countries; On the other hand, the same wave of investments is putting at risk the livelihood of rural poor, local communities and indigenous populations affected by these land transactions, especially when customary tenure regimes are not – either de jure or de facto – formally recognised by local Authorities.

The evidence, albeit fragmented and partial, suggests that the application of the Free, Prior and Informed Consent (FPIC) principle stated in article 10 of the UN Declaration on the Rights of Indigenous People is very limited in LSLAs, as well as the actual payment of whatsoever form of compensation. As a consequence, LSLAs often trigger land conflicts, dispossessions and displacements, mainly affecting local communities and indigenous people with informal customary rights over land.

Assuming that policymakers and lawyers are better equipped to discuss the issue of the eligibility for compensation in the context of both formal and informal customary tenure regimes, a question remains on the table for the economists: can the fair compensation – that is the one that at least restores the livelihood of affected populations – be efficient? In other words, is it possible to combine the interests of private investors, host governments and local people in a way that is beneficial for all?

Results from a simple yet original model for fair compensation in transnational land deals (Figure 3) suggest that equity, in this case, is not necessarily at odds with efficiency. The general background of the model is the following: an international investor plans an investment which requires a large-scale land lease in a foreign country. In the destination country all land is owned by the state and the national law prescribes the payment of a rent – say a constant amount per year per hectare – to the local government. The concession area under negotiation is assumed to have homogenous features in every point and it is inhabited by a local population, claiming customary rights over the total surface of the concession. the investor can offer a compensation to the locals to avoid the cost of delaying the project due to the opposition that locals would put in place if their livelihood is negatively affected by the deal. The players involved in the negotiation process, thus, have to find an agreement upon the land rent, the compensation, as well as on the actual size of concession area. Assuming perfect information among the players, the model suggests that the more the planned investment is efficient, the higher is the likelihood that the investment can cover the cost of the fair compensation. However, if information is not well distributed among the parties involved in the negotiation process and if the rules are not clearly defined and enforced, there is room for opportunistic behaviours, which ultimately can lead to oversized land concessions, little or no participation and undervalued compensation – if any – for local communities. 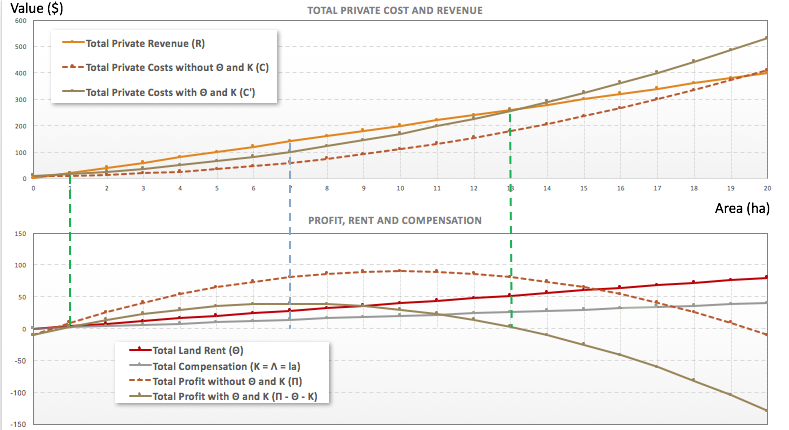