A Q&A with Patricia Chaves from Espaço Feminista, Brazil, explains the discrepancies in accessing property and inheritance rights for women in Brazil as well as data that helps to inform grassroots women about their rights.  The piece also provides powerful accounts of women's personal experiences.

Have you or anyone in your family ever been excluded from your inheritance rights?

There are huge discrepancies in accessing property and inheritance rights in Brazil depending on your social class and status. While I have not and no one in my family has been excluded from inheritance, it just isn’t the case for the majority of women in Brazil.

Claiming marital and inheritance rights is possible if one understands the importance of registering properties and can pay the high cost of lawyers and notaries. Most women cannot afford the legal fees nor are they aware of their rights. In these cases, the Constitution and the Civil Code alone do not provide the necessary protection.

Since 2015, Espaço Feminista has being analysing data collected by the Brazilian Institute of Geography and Statistics (IBGE). Our first analysis of the 2010 Demographic Census and the 2006 Agricultural Census for some municipalities, indicated a huge gender gap in land ownership in Brazil.

We looked at the region where we have been working most closely and specifically, the Agreste Central Territory in the state of Pernambuco, and focused on the intersection of Sustainable Development Goals 1, 2, 5 and 11 (No poverty; Zero hunger; Gender equality; and Sustainable cities and communities, respectively). We then drilled down to the indicators for the following:

The data for these indicators helps inform grassroots women about their situation. This evidence has been successfully used as advocacy tools when women held dialogues with local governments in Zona da Mata Norte and in Agreste Central.

To further strengthen our advocacy efforts, Espaço Feminista decided to collect additional primary data in two different municipalities in Agreste Central – Bonito and Caruaru. We wanted to further understand perceptions and social barriers with regards to SDG indicators 1.4.2 and 5.a.1 , secure rights to land by sex and type of tenure, and ownership or secure rights over agricultural land by sex, and share of women owners or rights-bears.

Our aim was to understand issues around women’s land rights in everyday life. We wanted to look beyond the data – asking questions about causes and consequences, especially in reference to women’s perception of tenure security, and analyse cases where women are getting access, ownership and control over land. We were also looking at issues relating to climate change and domestic violence. The survey was conducted in February 2018.  A total of 469 women were interviewed, 409 of these women are from urban and rural areas in Bonito and Caruaru.

More importantly, during the survey, we supported and prepared local women leaders from these areas and they were the interviewers, facilitating the dialogue and reinforcing their leadership within the communities and women’s groups. The result will serve as a baseline through which grassroots women, with the support of Espaço Feminista and institutional partners, will be monitoring those SDG indicators related to land rights.

One of results from the findings, is that a great number of women are not legally married and do not know about their inheritance and land rights. Over and over again, testimonies show that women have been excluded from their property rights in favour of male family members. Regrettably, this is very common, especially in the rural areas. In urban areas, we see this more with women living in chronic poverty. Not only are the women limited by access to information about their inheritance and marital rights, most cannot afford to hire a lawyer or pay the fees to register their marriage or the properties received through inheritance.

Can you tell us any stories of success with regards to this? (For example, where a woman was about to lose her inheritance rights but with the help of her community, was able to gain them back?)

Yes, we have testimonies of women who have lost claims to property or are at risk of losing them, but have since gained them back. More importantly, we noted that the knowledge and capacity for women to claim their rights comes with organizing or being part of an organized group or a social movement.

This is what happened to Dulcicleide Maria da Silva from Colonia in Bonito. In order to escape from a very abusive childhood where she worked from sunrise to sundown and was beaten repeatedly by her father, she ran away with a boy when she was only 14 years old. The couple went to a village close to Bonito where they started a life together. In order to get a house from a social program, she started participating in group meetings. A few months later, they received the right to a small house. To her surprise, shortly thereafter her partner sold the house and spent the money without her knowledge or consent. Dulcicleide was not even 18 years old then and the house was in his name alone. She learnt a hard lesson then. So when her father died some years later, she went back and claimed her share of the family’s land. Now she lives from that land and her husband has no claim to it. She feels secure, and absolutely categorical that no one will sell her piece of land.

This case shows how women can overcome the barriers and once they realized that they lost a fundamental resource for their livelihoods and for the well being of their families, they could change their own destiny. 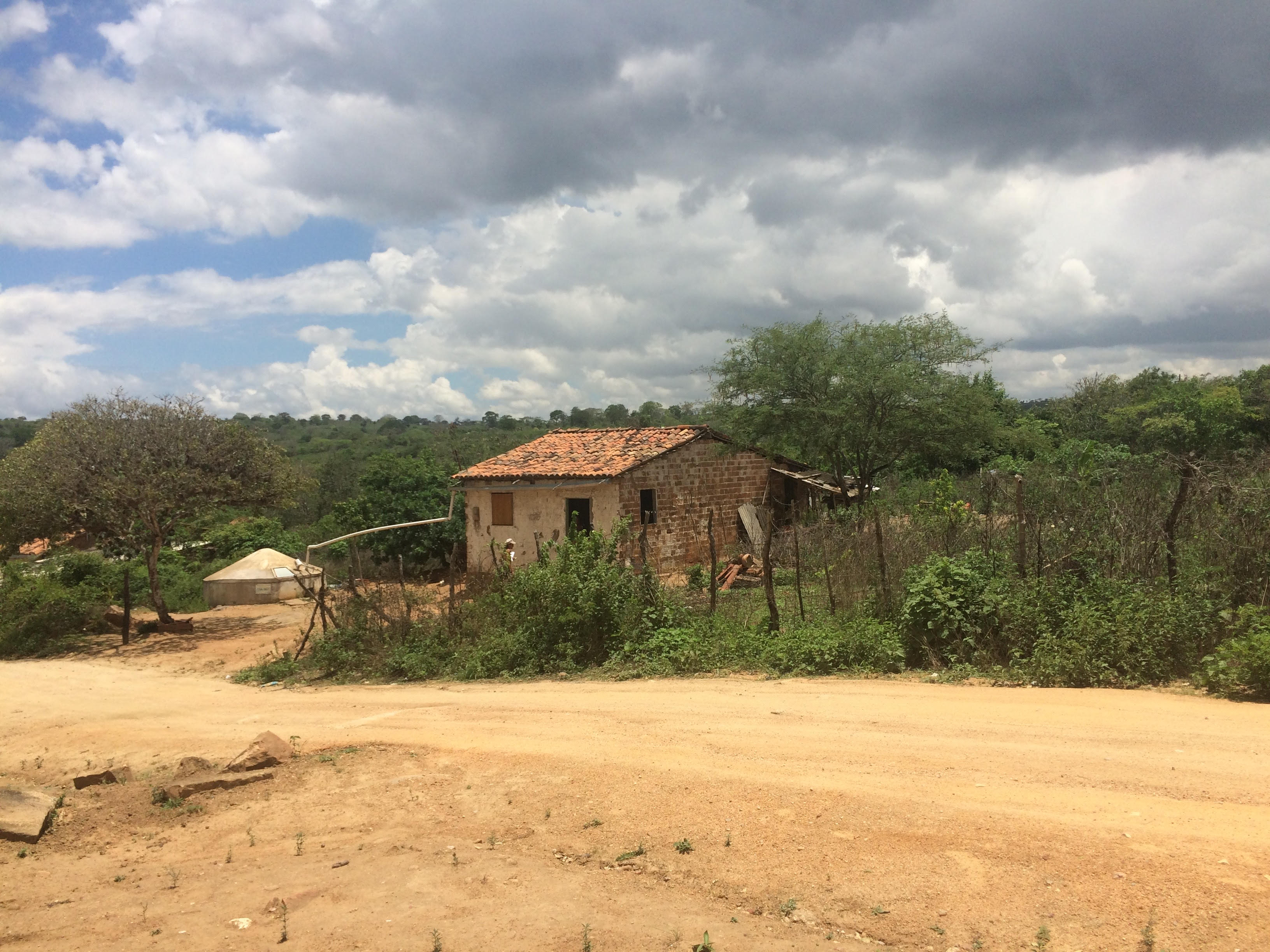 “He sold our house without my consent, I was the one who went to the meetings and got the house, and then he sold it and spent the money. We had to pay rent afterwards. Now that I got my share of the land that belong to my father, he is not going to sell it and he has no right over that land, it is mine.”

What do you think are the biggest differences between de facto and de jure inheritance rights in Brazil? Do you have anything to add on this point?

There is a huge gap between what is the in law or policy and what is the reality for women. According to the Constitution and Civil Code, women have the same rights to inheritance as men, including land. In fact, the 2006 Agricultural Census shows most women who have property in rural areas accessed that land through inheritance. This was reaffirmed in our 2018 survey from Bonito and Caruaru municipalities. Despite the fact that women are gaining access to land mostly through inheritance, the barriers and difficulties they face are immense.

First of all, women face huge obstacles to get their share through inheritance because many people do not have legal documentation of their land. Moreover, many people in rural areas cannot afford to go through a lengthy legal process of revising their will.  This means that they have no title to the land they inherited because agreements between the heirs might have been passed down informally for many generations. It is very common for heirs, especially in rural areas, to sell land through transferring of inheritance rights, so women are the most vulnerable in this situation.

The second problem is the complete absence of knowledge about inheritance rights and how to claim that right. Between what the law says and what a woman is entitled to have, and what they really have or can benefit from, there is so little information and certainly not enough resources to cover the cost of transactions. On the top of this, we live in a very patriarchal society that favours men in their claim to land and inheritance.

In Caruaru, a city in the state of Pernambuco, we met Amara Nascimento, a black woman who worked as a bricklayer to build a house with her partner (they were not formally married), and then a second house on the same plot of land. For ten years Amara worked hard. Then, suddenly her partner passed away. Previously, Amara’s partner had two daughters with another woman. Immediately, his family and his daughters threatened her, denying her claims to the land and the two houses. Afraid, she gave up her rights. Fortunately, in her case, she met another group of women from a social movement and after five long years of struggle, Amara will finally have a home and a plot of land to call her own. 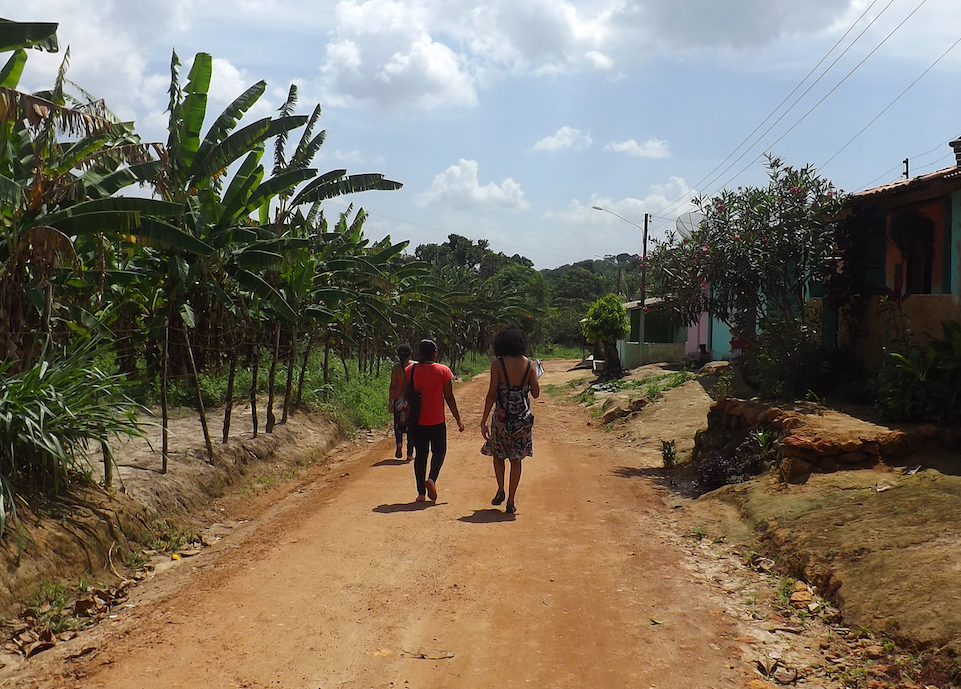 “I worked for ten years building the houses with my partner, we were (informally) married and all I got in the end was a health problem, I have problems with my legs because I had to carry bricks and other materials to build the houses. When he died I realized that his two daughters had all the papers and documents, I had nothing to proof that I worked to build the houses and I did not know about my rights.”

What we learned from our survey, including what came out of the group discussions, and in our practice as women’s land rights activists is that there is a huge gap between what is in the law or in policies, and what takes place in reality. That gap can only be reduced through an investment in women’s movements. Moreover, the only way to achieve the Sustainable Development Goals is to work from the bottom up, engaging with local governments and civil society organizations in order to effectuate real lasting change for women.
This blog is part of our Sustainable Development Goals (SDGs) Blog Series.
Related content:
SDGs: Indicator 5.a.2