Maritza Losada moved to Puerto Guadalupe five years ago when her husband found a job with a large biomass energy company that grows sugar cane. She and her husband purchased a lot in the town’s poorest neighborhood, Barrio Nuevo. The district remains today much like it was in 1995 when the government created the housing project for future agro-laborers: no roads, no sewage, no gutters.

The town sits on banks of the Meta River, which flows into the Orinoco River, and allows farmers and agro-industrialists to transport their goods over hundreds of miles across the eastern plains of Colombia. Nevertheless, this river and the rainy season turn Maritza’s neighborhood into a muddy bog. Every year, the neighbors lay down stones and boards to build walkways to maneuver about their homes.

Over time, they have erected makeshift electric posts and wires to gain access to light and electricity. Maritza’s house too has slowly evolved, from a canvassed shack to a more durable, yet uninsulated, structure with a zinc roof and walls. Inside, there are no dividing walls or rooms; in one corner sleeps her two children, in the other she and her husband. She is currently expecting her fourth child.

With a reliable income and work benefits, under the law, her husband could access money deposited in his retirement pension for certain objectives, including for home improvements. There is only one problem the couple never processed the paperwork for a registered land title for their property. With no registered property title, Maritza and her family cannot access this nor any other government subsidy.

“Without a title, it’s like having nothing,” says Maritza. 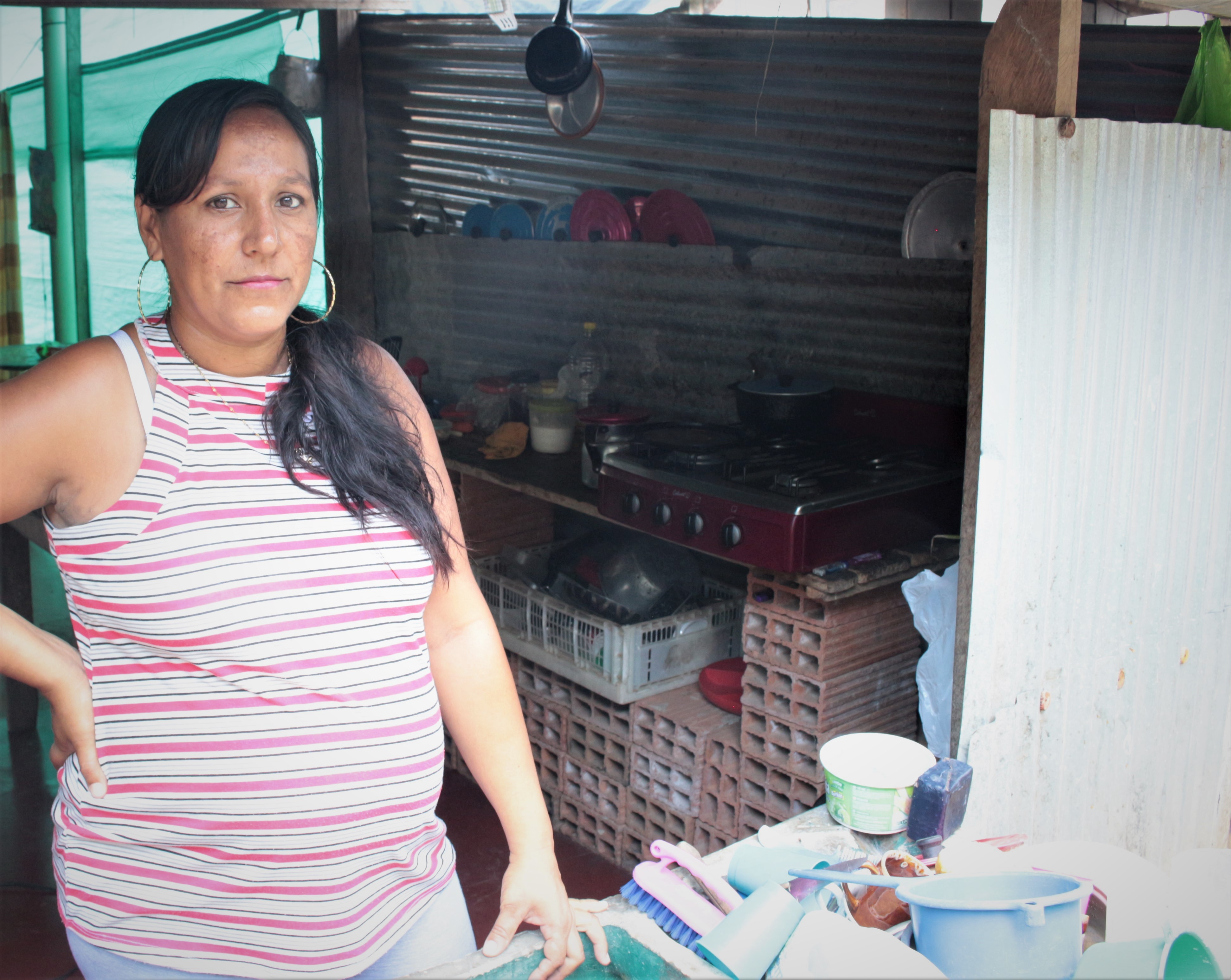 The outlook changed drastically last December when the municipal government of Puerto López awarded 27 property titles to some of the residents of Puerto Guadalupe, including Maritza Losada. The property titles are the direct result of the recently created Municipal Land Office, which began functioning in 2017 thanks to support from USAID.

The Municipal Land Office operates under the Secretary of Planning and employs several public servants, including an engineer, a social worker, and a legal expert. Under Colombian law, Puerto López administrators can formalize land located in urban centers as well as parcels where public goods operate, such as schools and health clinics.

USAID's largest land tenure project in the world, Land and Rural Development Program, devised the Municipal Land Office concept in order to give local leaders in rural municipalities affected by the conflict the necessary tools and knowledge to advance land formalization in their urban centers, as well as create a location for citizens to go for matters pertaining to property. What started as a one-office trial in the priority-municipality of Ovejas (Sucre), has now spread through Colombia, totaling 9 offices and nearly 1,000 land titles in three years; an unbelievable achievement where some rural municipalities set land titling goals at five per year. 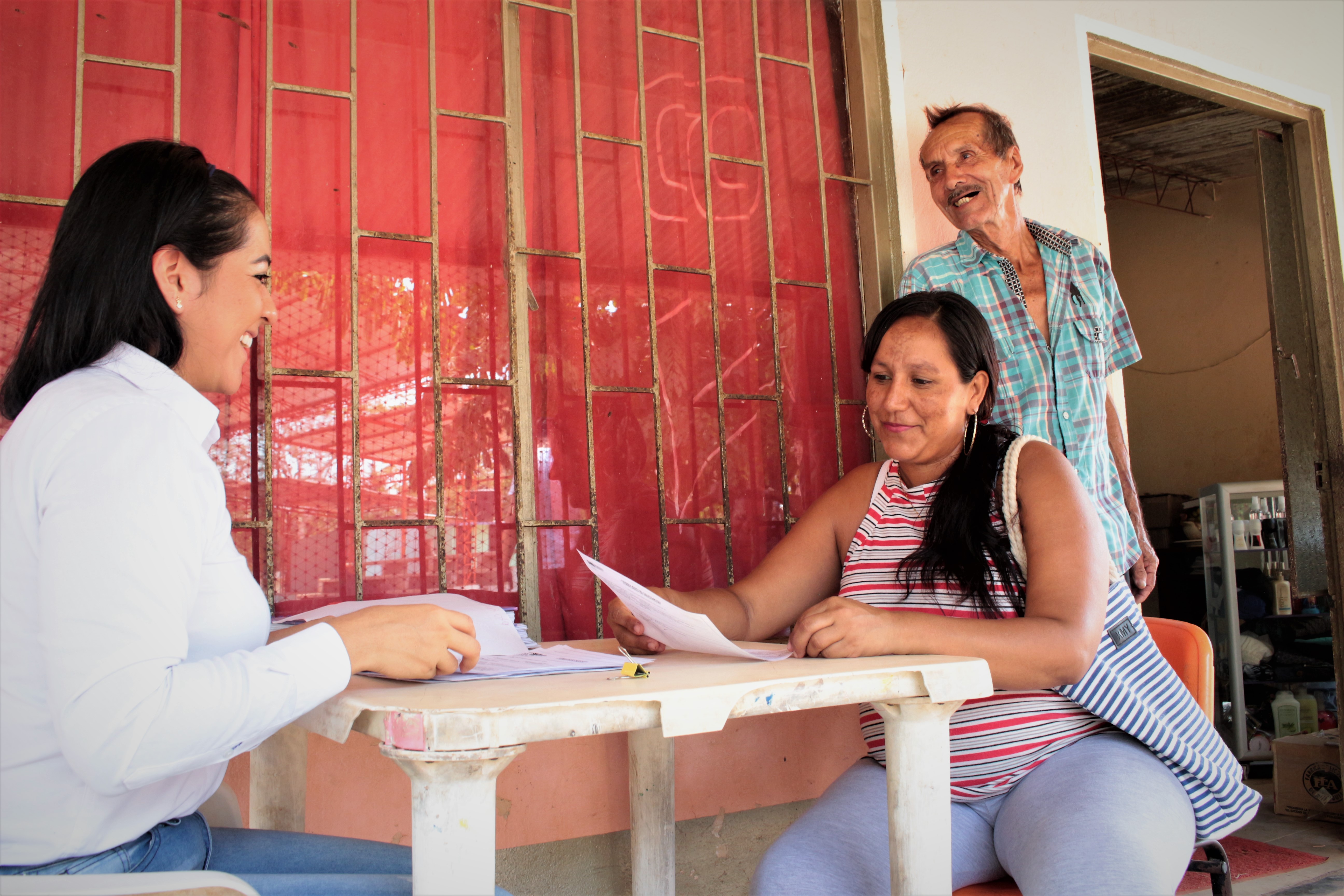 In Meta, USAID has supported the creation of three municipal land offices: Fuentedeoro, Puerto López, and El Castillo. The Meta offices’ success caught the attention of the regional government, and thanks to USAID technical support, they delivered over 300 land titles for properties in urban centers, including schools, municipal parks, and other properties managed by local government.

“Once we saw some valid initial results, we went all in and put resources we had for land formalization towards these municipalities,” explains Alberto Castro, Meta’s Secretary of Economic Development. “Since then, we continue to support these offices through inter-administrative agreements with Puerto López and El Castillo. We are working together as one well-oiled machine.”

The resources are spent on human resources, such as legal experts, as well as for fees to formalize parcels. In 2019, Meta’s regional government is investing an additional $500 million COP (USD $160,000) in municipal land offices. In Colombia, the majority of Governors spend resources to advance the formalization of rural lands through the National Land Agency. The move to funnel resources to the local level is unprecedented in Colombia.

“The local leaders are the people most interested in resolving the conflicts over property that exist in their municipalities,” explains Castro. “As a country, we still have not been able to move away from this centralist vision of public administration, and at the same time the government is not investing enough resources in the regions.”

By focusing on land administration at the municipal level, Meta’s regional government expects its municipalities to finish the paperwork for 4,000 parcels, ready for land formalization by 2020. 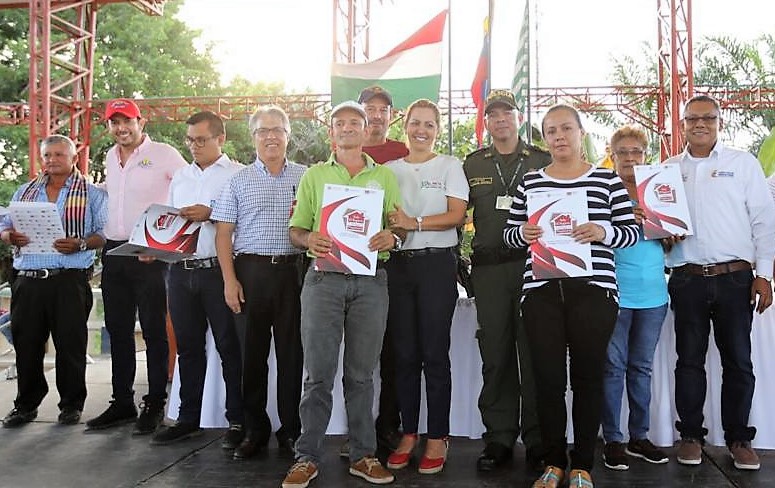 To court the regional government, USAID helped establish a Land Formalization Technical Roundtable and invited regional and municipal leaders, as well as the heads of the land administration entities in Meta.  This roundtable is an inter-institutional space to forge working relationships and learn more about formalizing urban parcels.

“The roundtables allowed us to do more and create a near perfect process of formalization. It was here that we realized this would greatly benefit our municipality. Thanks to the team from Fuentedeoro, who helped guide the process,” explains Mayra Saavedra Ochoa, legal expert in the Puerto López municipal land office.

It was here, the formalization team from Fuentedeoro shared their experience in creating a municipal land office: from the first step of passing a municipal ordinance, in which the city council grants the Mayor the faculties to adjudicate urban parcels, to registering land titles at one of the regional offices of the Superintendence Notary and Registry.

Maritza Losada and her husband can now access a pension to make home improvements; Dozens of schools will be included in the regional government’s development plan for investment; and families will access financial services to improve their businesses and quality of life.

And most important, confidence in the government allows residents like Maritza Losada the confidence to believe that as a land owner she and her family now have a better chance to improve their lives. 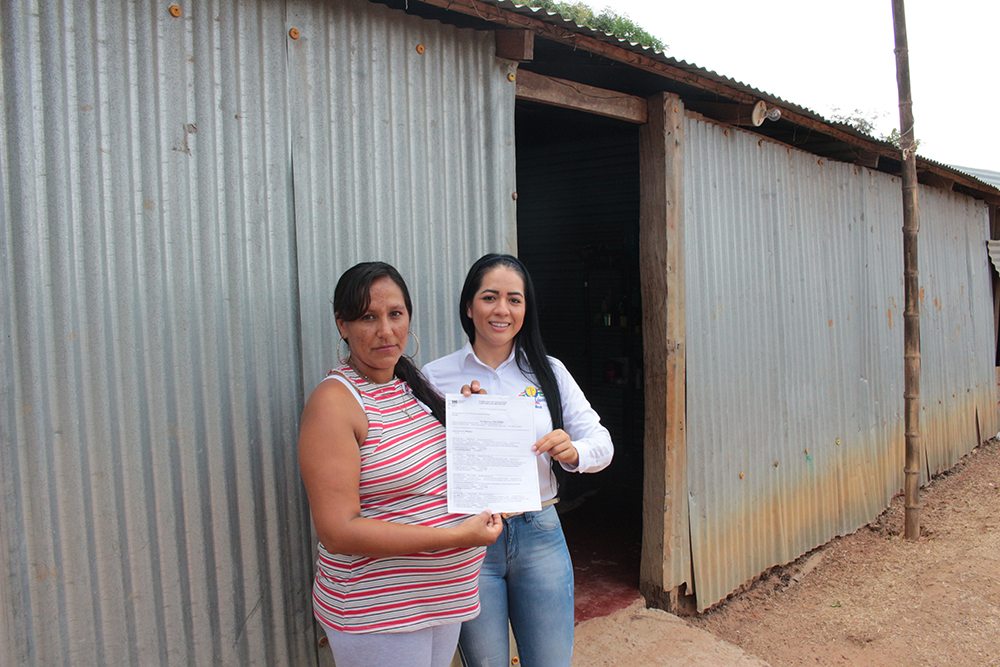 “This has restored the trust between citizens and administrators. The best thing, it wasn’t a political promise, rather the opportunity just appeared. Many neighbors will be able to improve their lives by accessing banks and financial services to create new business.” 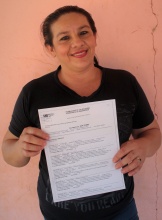 “I tried to process a property title back in 2016. It was complicated, and they asked for too many support documents. I made many trips, lots of paperwork, mediation. I’m thankful for this new opportunity.”