Corruption is the abuse of entrusted power for private gain, and corrupt practices in the context of land administration and land management have come to be known as ‘land corruption.’ Unfortunately, land corruption is all too common, with one in every five people across the globe paying bribes to access land services.

Today, December 9, was designated by the United Nations General Assembly as International Anti-Corruption Day in 2003, recognizing that corruption attacks the foundation of democratic institutions. The theme this year is Recover with integrity. As in many areas in the public sphere, unscrupulous actors have used the COVID-19 pandemic to exploit weaknesses in land governance systems. As with all other forms of corruption, it thrives in the shadows, taking root among the dark corners of closed land information systems where transparency is lacking and accountability can be avoided.

From 30th November to 5th December the 19th International Anti-Corruption Conference took place virtually, bringing together 7,000 anti-corruption activists, public officials, policy makers and practitioners from 135 countries with the aim of tackling corruption in context of the 2030 Sustainable Development Agenda. The conference issued the  Seoul Declaration - Together for 2030. For a Future Based on Trust, Truth and Transparency, which underscores the importance of the global movement in restoring and enhancing global norms in the fight against corruption.

However, tackling land corruption is severely impaired by the lack of transparency surrounding land ownership data around the world, characterized by patchy and often overlapping record-keeping and inadequate data management processes. Land ownership data is consistently ranked lowest on both the Global Open Data Index and the Global Data Barometer, and also as the data least likely to be opened. We must change this trend in support of achieving land tenure security for all.

Nonetheless, the global land governance community is hard at work piloting initiatives using open data to counteract land corruption around the world. By harnessing new and emerging digital technologies, these initiatives are developing new land information systems that increase transparency and foster accountability at all levels. Yet, despite growing consensus around the use of open data and information systems as anti-corruption tools, the extent of their impact on land corruption remains unclear.

In order to delve into these issues, the Deutsche Gesellschaft für Internationale Zusammenarbeit (GIZ) GmbH with the support of the German Federal Government, commissioned the study The Role of Open Data in Fighting Land Corruption: Evidence, Opportunities and Challenges, which will be published in January 2021. Initial findings of this study suggest that the current data revolution and open data can play an important role in realizing sustainable land governance.

The author of the study, Marcello De Maria, a Postdoctoral Fellow at the University of Reading, says that although Open data and ICTs are not a magic bullet to eliminating land corruption, “it remains very hard to imagine corruption-free and sustainable land governance without an open data ecosystem that enables the free flow and reuse of relevant data and information.”  He added that “Our analysis revealed an overwhelming support for the use of open data in tackling land corruption in the land sector, but it also found strong evidence for the existence of a high untapped potential that is yet to be unlocked. Building greater consensus around open land data and information initiatives, as well as producing further compelling evidence to demonstrate their impact in eradicating land corruption, are crucial elements to reach the full potential.”

We are pleased to announce a webinar will take place on January 28th from 3:00-4:30 PM CET (9:00-10:30 ET) to discuss the findings of this study and explore recommendations to enhance the use of open data in counteracting land corruption. The webinar will bring together leading land governance, anti-corruption and open data experts to discuss what it takes for open data to have an impact on land corruption, as well as to arrive at recommendations that can guide practitioners and policy makers. We look forward to your participation.

Register for the webinar now. 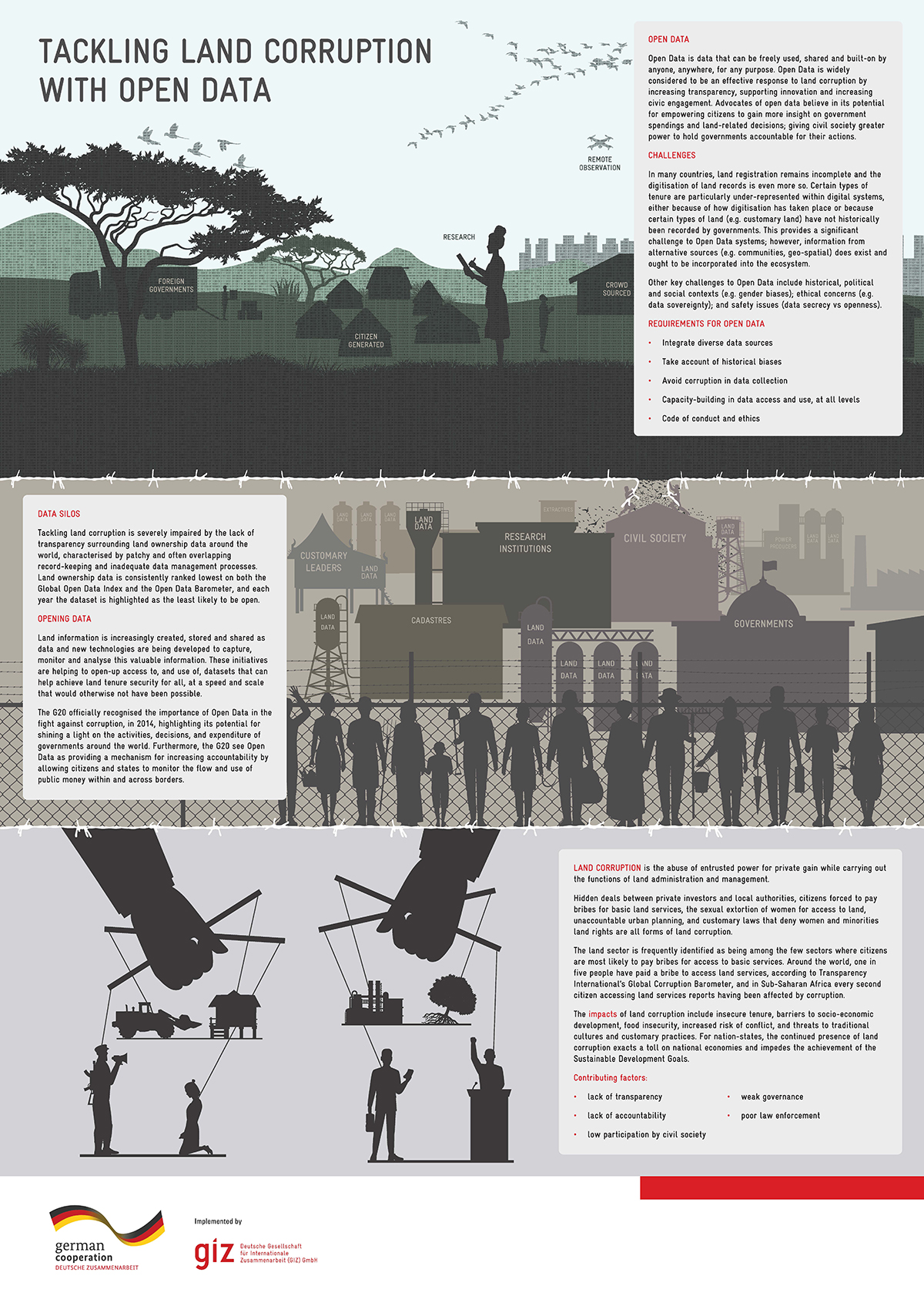