Knowing the "where" is important for so many companies and projects today. A business might want to know what path you take to work to send you targeted ads about coffee shops you pass. Augmented reality platforms might map out interior spaces of your home and offices to create a dancing critter in your living room. Self driving cars need to map their environment, and satellites map out the Earth below.

As with many new technologies, ethics are often discussed after the fact. A new program called EthicalGEO, sponsored by the American Geographical Society (AGS), encourages people to start dialoging about the ethics of geospatial technologies present in our lives. This program, AGS in partner with Omidyar Network, will name seven EthicalGEO Fellows, awarding them a prize of $7,500. 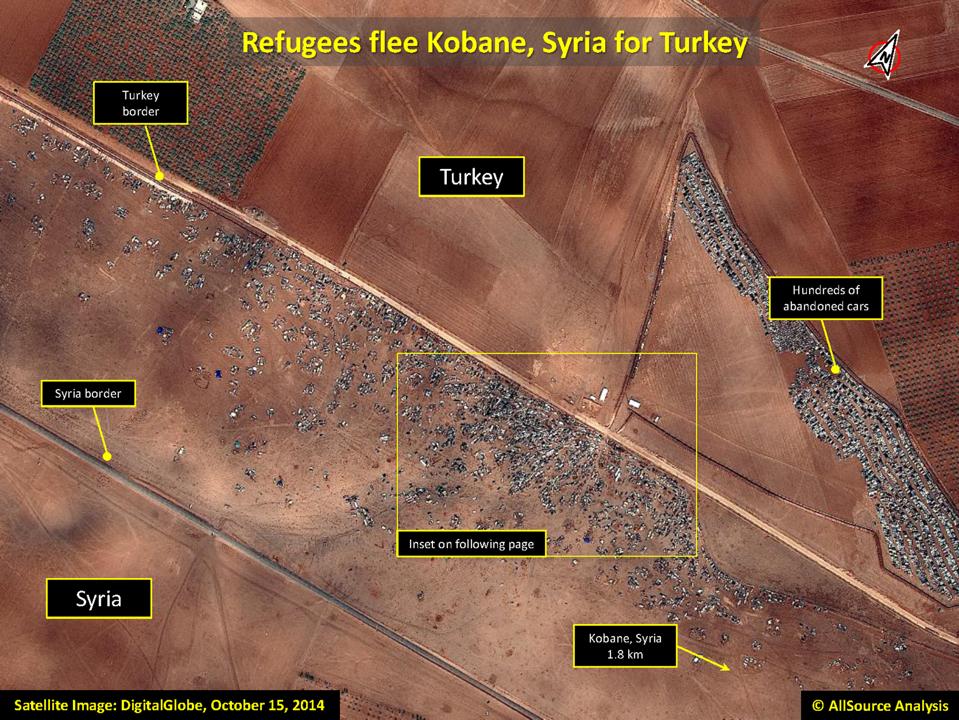 KOBANE, SYRIA AND SYRIA TURKEY BORDER REGION - OCTOBER 15, 2014: Satellite data shows abandoned cars as refugees flee from Syria. Satellites have the ability to map out the flow of refugees, and can be used for humanitarian purposes. (Photo GETTY)

The ethical side of mapping is often overlooked, although knowledge of the location of people and things is becoming an increasingly large part of how companies work. Many times, ethical issues involve privacy and how our data are controlled. GPS tracking of our phones or cars can be used by companies to gain information about you and your habits. Satellite data, which can have resolution down to 0.41 m (or 16 inches), can give companies or governments insights into our neighborhoods and backyards. Your credit card transactions are often geocoded. Augmented reality mapping can see into our homes. Self driving cars or technology like Google Street View are mapping our streets. And the Internet of Things has a huge geospatial mapping component.

Other times, the ethical issue arises in what to do with the data. Geospatial technologies sometimes have a humanitarian element with the ability to track refugees or monitor the damage to buildings and infrastructure after a hurricane or earthquake. Satellites can map out forest fires or monitor climate change, or can map out locations of mineral deposits, poor water quality, or migratory patterns of animals.

Everything on Earth, by definition, exists in space and time. As such, geographic and spatio-temporal data and technologies play a profound role in shaping how we understand the planet around us, whether at global, regional, local and even hyperlocal/personal levels. They also impact how we act, or fail to act, on our planet.

"While there are often isolated articles in the press about some unintended consequence of GPS in law enforcement, or drones in the military, or GIS land rights data in the developing world, there has been no organized dialog that could bring these thoughts together in an organized fashion," says Dr. Christopher K. Tucker, the Chairman of the American Geographical Society. He points out that the program is looking to see a wide range of viewpoints of the ethics of geospatial technologies, and start the dialog about topics that may have been previously ignored.

This program hopes to open a dialog between people about the ethical issues that should be discussed with geospatial technologies. Each entry in the program will consist of a three minute video. These videos will be made publicly available. Seven entrants will be named as AGS EthicalGEO fellows, and will be given opportunities to develop their idea and present it on a national stage. The EthicalGEO program follows a similar vein of the EthicalAI program.

This blog was originally posted on the Forbes website.