For the first time, women from informal settlements in the Municipality of Bonito, State of Pernambuco, Brazil will be granted with land titles in which they have lived in for decades

August 15th 2019 was a momentous day for 80% of Bonito’s residents; Mayor Gustavo Adolfo signed a decree that recognizes the rights of residents from 17 urban and rural informal settlements. All of the settlements are of social interest (special zones of low-income population in the City Plan) and will be regularized in the coming months. The land regularization program will directly benefit 35,000 people who have been living in insecurity for decades.

Moreover, the Mayor added that through a partnership with the civil society organization Espaço Feminista, all the women living in those settlements will not only have the same land rights as men, but will be given preference or priority in the land titles which will be issued in the coming months, a huge achievement for all of us.

Earlier this year, the municipal government of Bonito and Espaço Feminista had been discussing ways to create the necessary conditions to fulfill the objective of ensuring that each and every resident of the 17 informal settlements, encompassing both urban and rural Bonito, would finally have tenure security. The discussions centered on the lack of technical capacity of the local government to perform land regularization without depending on state or national governments, since the land was expropriated by the local governments many years ago and the country is going through a severe crisis, thus both state and national governments are facing difficulties to support municipalities. Our collaboration was necessary to provide technical support. 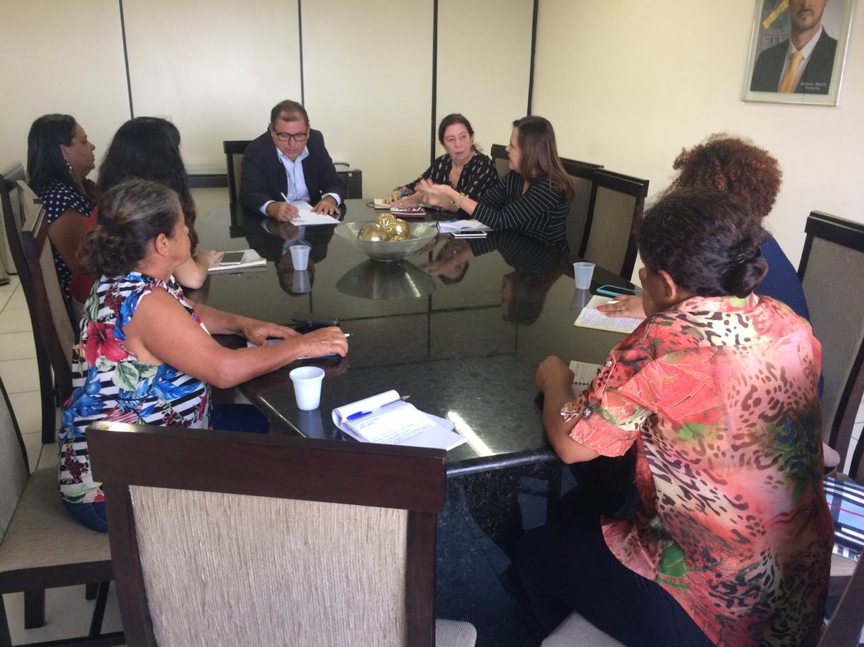 An alliance between Bonito local government and Espaço Feminista

In March 2019, Mayor Gustavo Adolfo decided that Bonito government would implement land regularization by improving its technical capacity. For this purpose, he was counting on the support of Espaço Feminista and our partners and allies to overcome the technical difficulties and lack of expertise in that area. In that sense, a technical team was created to provide the capability and bring specific knowledge necessary to perform the land regularization.

Hence, the partnership was a win-win process. For the Bonito municipality representing the possibility to perform the policy without depending on the other governments; for EF was a manner to ensure that all women living in the land (for housing purpose) would be given priority to the titles, regardless of their marital status, since we found during our research that many women are not formally married. The priority for women means that in a joint title situation, their names will come first; as single women, widows or chief of household, the titles will be issued in their names; in the case of inheritance, similarly the heirs who effectively are living in land (and the house) will be given the title and it will, once again, ensurethat women will be granted their rights (to the inheritance). The Brazilian legal framework provisions all this measures and Espaço Feminista will ensure that it will be effectively applied in favor of women.

Before this important decision, the Bonito Council approved the resolution to give the local government the power and the permission to regularized all the informal settlements in the municipality. This step was crucial for the government to act and employ all the necessary resources to perform land regularization. 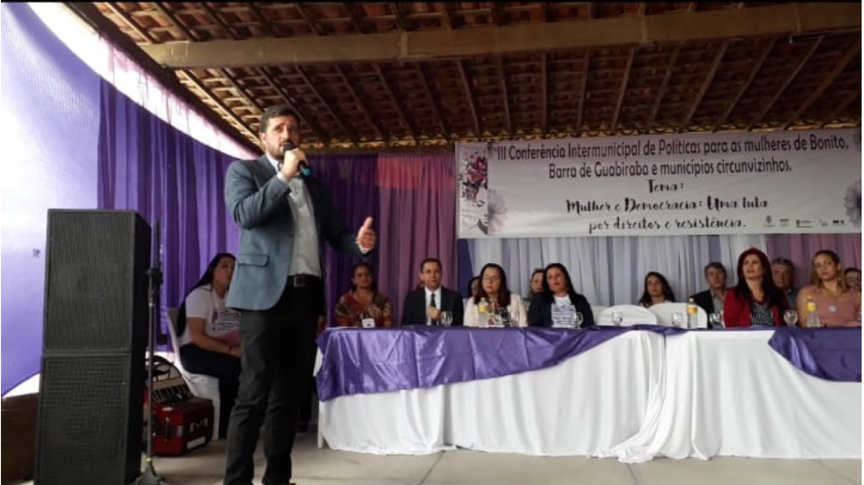 The Mayor of Bonito reassures that women will be prioritized in the land (Photo: Jobson Salles/EuAmoBonito, 2019)

Reaching this milestone had taken more than a year. In early February 2018, Espaço Feminista and its partners collected evidence about women’s situation, highlighting the problems faced by many informal settlements in Bonito. A research was performed to collect primary data in Bonito and Caruaru linked to some specific goals and indicators of the Sustainable Development Goals – SDGs in a bottom-up approach. The research was followed by group discussions with both surveyors and women residents. Findings show a vicious cycle of insecurity. It shows many residents are lacking titles or any documentation, how tenure insecurity was affecting families, and how people did not feel secure enough to invest in their houses and land. The situation revealed a very perverse side of social inequality. Moreover, land insecurity is more tenuous for women. For many are living in civil union without the necessary documentation, making their tenure status even more vulnerable. During our research, we also went to the local notary to ask questions about land transactions, and we found that all the land in which the 17 informal settlements were built (with the permission of local governments) over more than 2 decades, in fact belonged to the municipality since they had been expropriated in the past. That fact was decisive and also an indication of the reason for the perception of tenure security captured in our research, although that perception was not translated in tenure security, as pointed above.

Even for those people who felt secure in their land, data collected by Espaço Feminista in Bonito and Caruaru revealed that they (a) didn’t have any documents of the land on which they have been living for many years; (b) were not formally married, so their partners could sell the land and houses on the informal market, leaving them homeless. Many testimonies were collect on cases in which women had their land sold without their knowledge or consent.

These findings were presented and discussed not only with local women’s groups in each location where the research was performed, but also with local and state governments, as well as with other partner institutions. Together, we published and disseminated the findings in many places and in different languages. Nobody could pretend that the problem of tenure insecurity was not identified and disseminated. Yet we needed to take one step forward to increase and protect women’s land rights.

Besides the evidence and the dialogues with local and state governments, it was necessary to organize the women in order to ensure that they would take active parts in formulating a solution. Hence, a group of local women -- those who conducted the research interviews, engaged in a horizontal process of technical and political organizing. They visited all the areas from the original research and discussed with women about their situation and explore with them the necessary actions to address the problems they have identified. For Espaço Feminista, this group conducted a sustaining process of monitoring policy implementation. The women’s group started having regular meetings with the local government in the search for solution to the problems they have identified and prioritized, tenure security was one of their priorities. 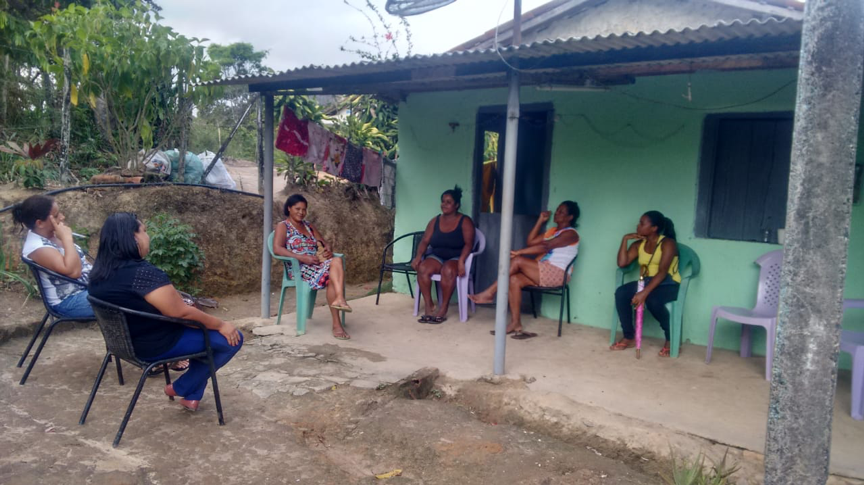 Organizing and discussing with women in rural areas of Bonito  (Photo: Espaço Feminista, 2019)

Land regularization in Bonito will happen over the coming months but it has already started. By December 2019, the first phase will be completed and around 1,500 families would receive the first land titles. The second, third, and fourth phases will follow in 2020. The pace of the program will depend on the capacity of the local government, Espaço Feminista, and local women’s group to perform the necessary tasks.

For this regularization program to be successful, two measures have been put in place. First, a permanent Local Commission was created to oversee and coordinate all the tasks. Local public servants have been appointed in different groups to oversee infrastructure, environment, social assistance, and finance. Three local women, serving as Espaço Feminista’s monitors, are also members of the commission. Second, a technical group established by Espaço Feminista will be working in support of the Local Commission. The work has just begun and the teams are already working together in a close and permanent collaboration, giving local women who performed the research and the monitoring, an important role to mobilize and inform residents, including women, but also to ensure that no-one will be left behind. 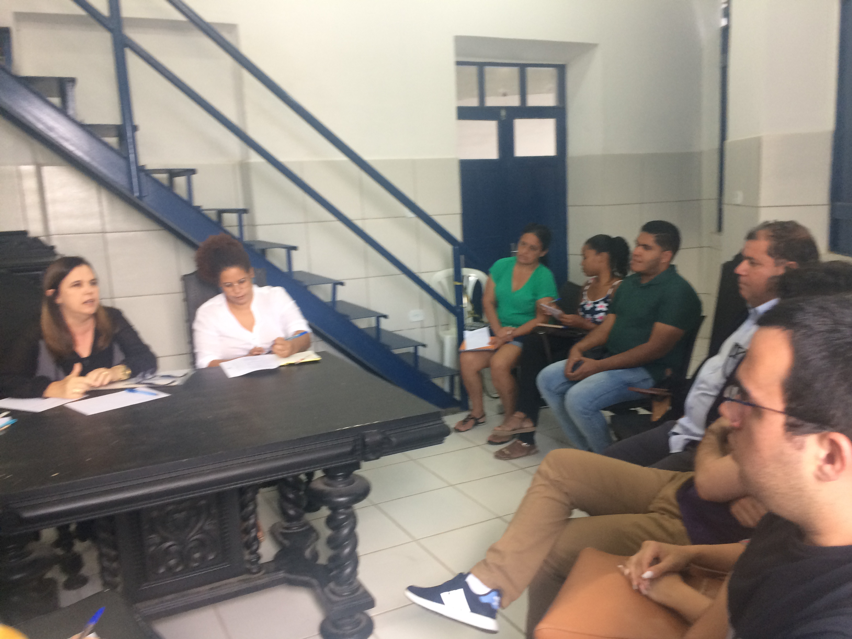 This program will be a unique opportunity and a huge challenge for all of us. The difficulties will surface during the first phase. Nevertheless, Espaço Feminista possesses the necessary credentials from the success of Ponte do Maduro land regularization. Besides, the Mayor of Bonito and his team have the determination and authorization to implement the program. Last but not least, the local notary is also committed to the process, as there is a national fund that gives provision to notaries to perform such a task free of charge for the beneficiaries.