Over the last month the news all over the world broke with stories about the departure of US forces from Afghanistan and its takeover by the Taliban. Many wonder what the future will bring to those who remained and to those who fled the country. This thought immediately raises all sorts of questions which include 'what will happen to access, control, and ownership of land in states of transition?'

The consequences of war have been deep and vast for populations worldwide and for their lands. Reflecting on this issue, I present you four recent articles that explore land-related challenges in post-war countries and suggest potential solutions.

It’s a selection particularly helpful to those working on and researching land governance in the wake of war and violence. The literature selection draws on a wide range of cases from Sri Lanka, Timor-Leste, Colombia and Côte d’Ivoire to the Democratic Republic of Congo and Burundi. These may be lessons learned for Afghanistan now and in the future.

This study offers insights into decision-making processes of NGOs in international land governance projects in post-war Burundi and the Democratic Republic of Congo (DRC). Drawing on Gidden’s Duality of Structure concept, Betge provides a practitioner’s perspective on two country contexts that are characterized by ethnic division, displacement, and limited statehood. The findings are key to understand how land conflicts are addressed by aid organizations and how they deal with tensions in pluralistic tenure settings.

The author shows that not only institutional or contextual factors but also the NGOs’ own interests and identity play a major role in decision-making processes. The study demonstrates how internal norms may impede successful land governance projects, for example. In Burundi, subtle lobbying and advocacy work might have been a default way of influencing politics and policymaking. However, the organization’s mandate does not include these tools. By contrast, the Congolese case illustrates that a strong external commitment is not sufficient if stakeholders do not share the same preferences.

In sum, working on land governance in complex post-war contexts poses a heavy burden for many NGOs. The author emphasizes that clear guidance is a necessity for effective multi-level engagement with stakeholders. In addition, there is a need for critical and conflict-sensitive approaches and critical self-reflection of the (far-reaching) effects of one’s decisions.

The ‘evidentiary bind’ in postwar land restitution: The case of Sri Lanka 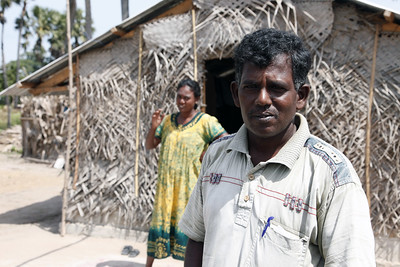 In this article, Unruh focuses on the challenges of what he introduces as the “evidentiary bind” in the process of returning housing, land and property (HLP) to their rightful owners and occupants. In doing so, the article discusses the problematic practice of required legal evidence, such as titles and deeds, in the transitional justice context of Sri Lanka. While Unruh emphasizes the importance of HLP restitution to post-war recovery and peace, he criticizes that particularly forcibly displaced populations have often either lost their documents or tend to have informal or customary user rights. At the same time, he points out that false documentation increases in and after war time resulting in a loss of trust in the restitution process and inviting corruption.

Specifically, the author explores what may promote alternative, non-documentary, or hybrid forms of evidence in HLP restitution processes. With regard to Sri Lanka, Unruh’s findings suggest a threefold strategy.

First, he argues that post-war Sinhalese and Tamil narratives need to better integrated into transitional justice processes. This would also contribute to shift the current emphasis on war atrocities and violence to addressing more underlying root causes of conflict, including land rights issues and inequality.

Second, concerning the technical side of moving on from the “evidentiary bind” Unruh proposes accepting newly issued deeds and other documentation as temporary evidence rules for restitution purposes. To support this process, governmental agencies shall receive awareness trainings based on lessons learned from other countries that have had similar experiences, such as Yemen, Mozambique, Timor-Leste, or Guatemala.

Third, HLP restitution management may be shifted to provincial level as provided by Sri Lankan law, which would allow for more context-tailored approaches. 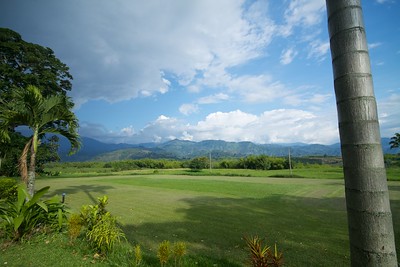 Grajales provides a Political Economy of Peace perspective on post-war policymaking and development comparing the case studies of Colombia and Côte d'Ivoire. Despite their dissimilar histories, both cases share a long-standing experience in export-oriented agriculture and their dependency on revenues. The paper goes beyond presenting best practices of post-war land policies but offers an important conceptual lens of how business stability and interests may replace conflict transformation and reconciliation efforts.

Firstly, the author introduces the concept of post-war agrarian capitalism which redefines land as an economic subject which is part and parcel of international flows of capital and goods. These practices of accumulation shape both post-conflict land governance and rural development and, thereby, often reinforce structural inequalities that led to violence.

Drawing on Colombia and Côte d'Ivoire, Grajales traces these transformations on three levels. Firstly, he shows that at a macro-level both governments and their donors weighed up the trade-off between stability and economic reconstruction which entailed prioritizing areas considered safe to (re-)enter market relations. Secondly, the paper points out that in both cases public policies tend to emphasize technical solutions to land conflicts as well as the legal security paradigm at the meso level. Thirdly, at the micro level vulnerable populations in both countries who might struggle with the complexities of post-war life, land restitution, and reconciliation are directly affected by coercion and market-led exclusion. 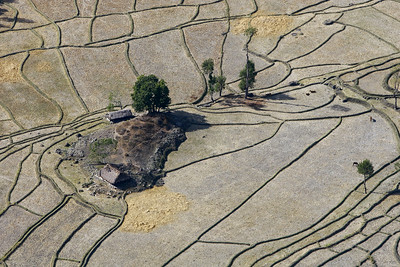 This paper adds a critical lens to Western property norms of first possession in land restitution processes vis-à-vis the Austronesian concept of customary precedence. Based on long-term ethnographic research in Timor-Leste, the authors introduce the concept of establishment events and present their findings on the intersection of customary and statutory law in land restitution. Specifically, the study reflects on the establishment of indigenous land authorities and the year-long process of the national land law.

First, Meitzner Yoder et al. show how legitimate sources of land authority are deeply rooted in precedence in Timor-Leste. Original settler families are not only negotiaters but their authority has also proven more resilient than statutory authority. Second, the paper outlines the contestation of foundational or establishment events, i.e. first settlers, colonization, or victory in war. Interestingly, origin stories often begin with conquering land or the disappearance of the previous inhabitants.
Accordingly, establishment events in precedence do not necessarily mean first claim to land but the creation of a still existing social (and spiritual) order.

The authors also note that establishment events can occur recently, which is particularly common in post-conflict contexts. Third, the study argues that other than social order the familiarity with Portuguese and Indonesian land law as well as elite pressure influenced early stages of restitution in Timor-Leste. Fourth, the authors emphasize the importance of the recognition of spiritual ties to land claims. Customary authority and tenure bound to a certain location contradicts the “Voluntary Guidelines” approach suggesting to allocate people to different locations. Fifths, the paper demonstrates that there is always a possibility of reversal both in statutory and customary systems.