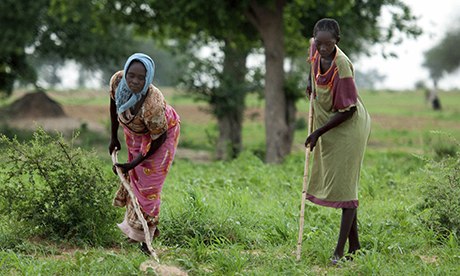 Several conflicts in Sudan have prevented its development and caused massive population displacement. One third of Sudan is classified as desert, 60% of its total population is rural and 31% of its GDP derives from agriculture. Agricultural land continues to represent an important resource, especially since the independence of South Sudan, where the majority of oil reserves are found.

The Interim National Constitution does not specifically recognize land rights and ownership, but it calls for the establishment of a National Land Commission to guide the development of a land policy, the creation of mechanisms for dispute resolution and the recognition of customary rights. The Land Resettlement and Registration Act establishes land settlement and registration of rights, and the Civil Transaction Act of 1984 provides the state with the ownership of unregistered land as well as the authority over land transactions, transfers, inheritance and usufruct rights. In addition, the Local Government Act of 1998 assigns the management and administration of land to local authorities.

Despite the end of the civil war, Sudan continues to experience internal conflicts, many of which are related to the management of natural resources, particularly oil and land, border demarcation and government expropriation of land. In the majority of cases, land disputes are resolved by traditional institutions and customary courts.