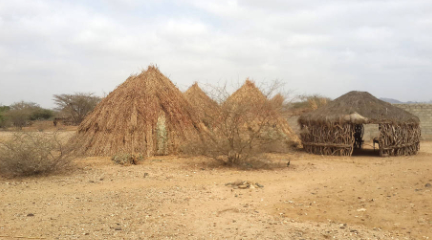 Yemen is the poorest country in the Middle East, with 80% of its poor in rural areas. In spite of limited cultivable land, nearly two-thirds of Yemenis derive their livelihood from agriculture. An increasing proportion of land has been converted from food production to the growing of qat, and small farmers’ land holdings are getting smaller while the largest and wealthiest landowners’ holdings are increasing. Sixty-two percent of farms cover less than 2 hectares. In spite of a major role in agricultural production, women rarely have ownership rights to land and commonly relinquish inherited land rights to male family members.

Land disputes are relatively common in Yemen because there is no system for authenticating land deeds and land documents, either formal or customary, and no national cadastre. However, both urban and rural landowners have a reasonable degree of tenure security with rights enforceable under either civil law or customary and Islamic law, respectively. Access to water, which is tied to land rights, is a common cause of land disputes, particularly in areas of water scarcity. Land scarcity is resulting in appropriation and sale of communal land, in some cases by sheikhs in violation of their fiduciary responsibility. Yemen faces a crisis in terms of water supply and water quality, with one of the lowest per capita water availability rates in the world (only 150 cubic meters per year) and pervasive groundwater contamination. This situation has made waterborne diseases the major cause of the high infant mortality rate of 53 per thousand. Ninety percent of water withdrawal is for agriculture. Surface and groundwater resources are communal property, which has led to less than optimal use of this very scarce resource.

Forests constitute only 1% of Yemen’s total land area. However, forests are a critical resource, providing 70% of the country’s energy needs and over half the fodder for livestock. In spite of forests’ economic significance, Yemen does not have a national forest policy or legislation governing forest land. The ownership status of most forest land in Yemen is ambiguous and disputes are frequent.

One of the major current sources of Yemen’s national income, oil, is projected to become exhausted by 2012. Accordingly, Yemen can no longer rely on oil revenues and must instead continue to focus its development strategy on sustainable and productive use of its natural and human resource base.