Chhatarpur (India) – As the monsoon storms bear down on India, a dedicated group of women hope that after years of backbreaking labour, water shortages will no longer leave their village high and dry.

Few places have it tougher than Bundelkhand, a region south of the Taj Mahal, where scarce water supplies have pushed despairing farmers on the plains to give up their lands and take up precarious work in the cities.

"Our elders say that this stream used to run full throughout the year, but now there is not a single drop," said Babita Rajput while guiding AFP past a bone-dry fissure in the earth near her village.

"There is a water crisis in our area," she added. "All our wells have dried up."

Three years ago, Rajput joined Jal Saheli ("Friends of Water"), a volunteer network of around 1,000 women working across Bundelkhand to rehabilitate and revive disappeared water sources.

Together they carry rocks and mix concrete to build dams, ponds and embankments to catch the fruits of the June monsoon, a season which accounts for about 75 percent of India's annual rainfall.

Agrotha, where Rajput lives, is one of more than 300 villages where women are chalking out plans for new catchment sites, reservoirs and waterway revitalisations.

Rajput said their work had helped them retain monsoon rainwater for longer and revive half a dozen water bodies around their village.

Though not yet self-sufficient, Agrotha's residents are no longer among the roughly 600 million Indians that a government think-tank says face acute water shortages daily. 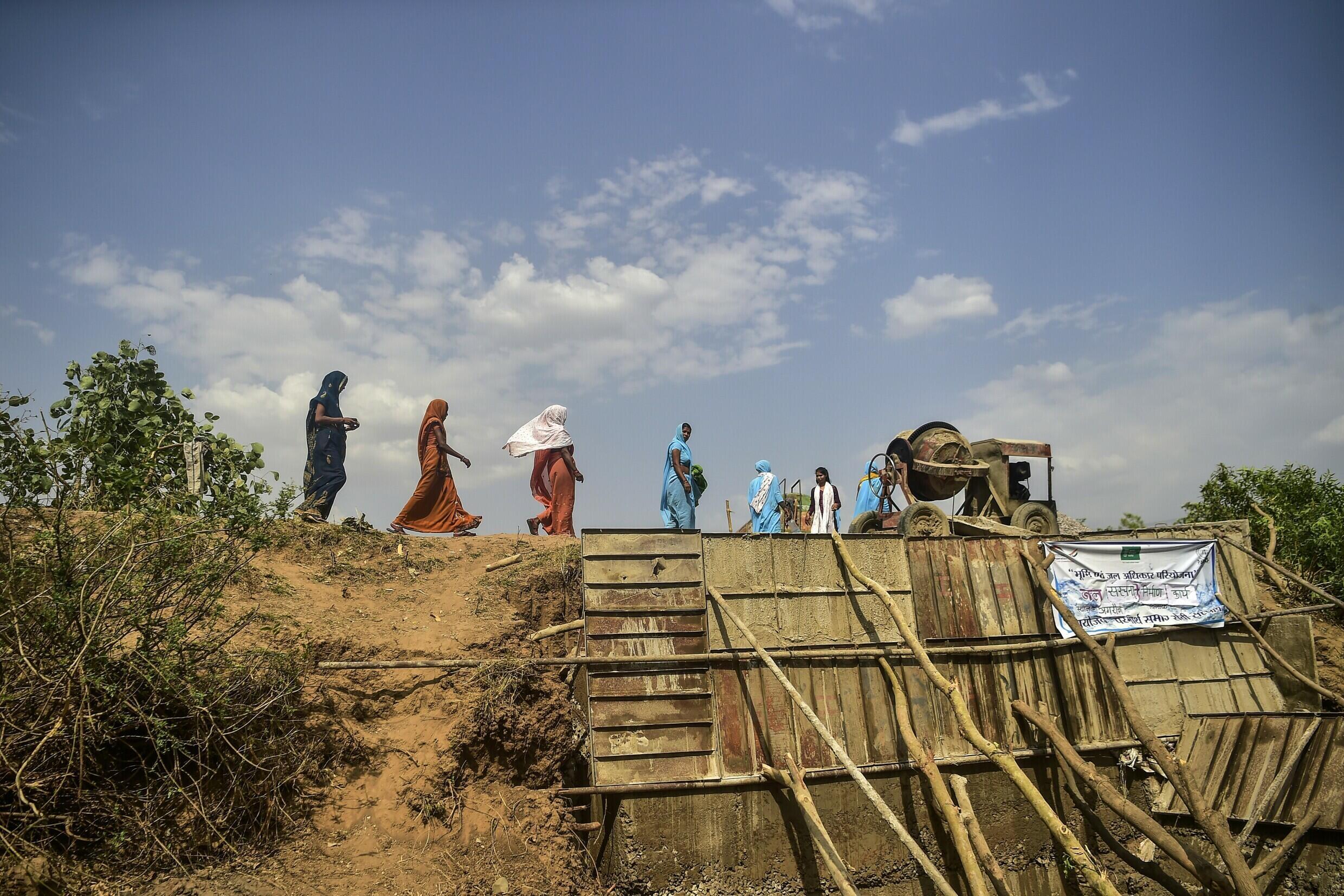 The women's efforts provide a rare glimmer of hope as national shortages worsen.

Water utilities in the capital New Delhi fail to meet demand in summer, with trucks regularly travelling into slums to supply residents unable to draw water from their taps.

India's NITI Aayog public policy centre forecasts that around 40 percent of the country's population could be without access to drinking water by the end of the decade.

Erratic rainfall patterns and extreme heat have been linked to climate change in Bundelkhand, which has suffered several long dry spells since a drought was declared at the turn of the century. 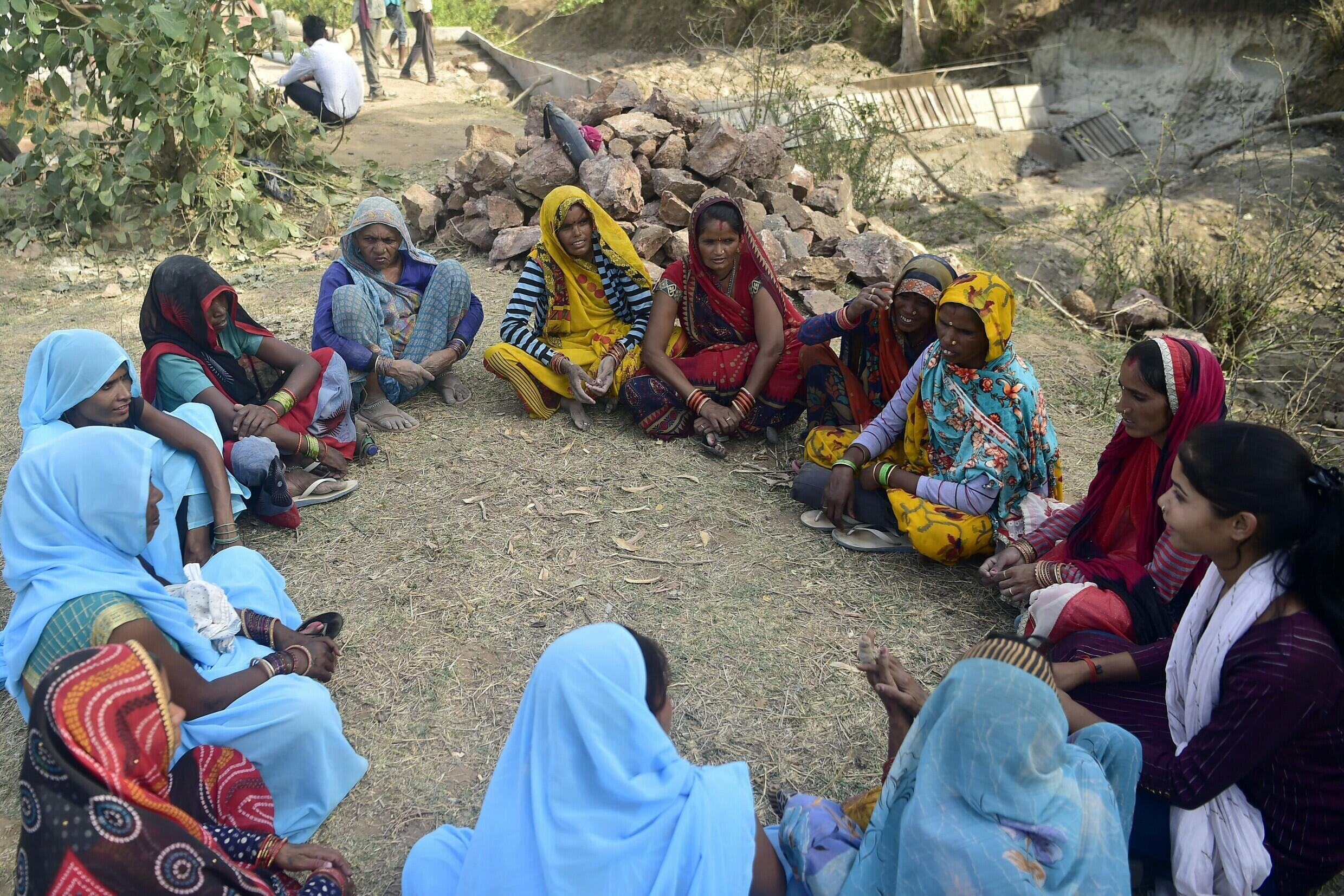 As the monsoon storms bear down on India, a dedicated group of women hope that after years of backbreaking labour their village will have water SANJAY KANOJIA AFP

Civil society activist Sanjay Singh helped train women in Agrotha to harvest and store rainwater after the surrounding land was desiccated by drought.

By doing so he helped the village rediscover knowledge that was lost decades earlier, when water went from being a community-managed resource to one administered by India's government.

"But government has failed to ensure water to every citizen, particularly in rural areas, pushing villagers to go back to the old practice," he told AFP.

Before Agrotha's irrigation project began, women had to walk miles every day in a desperate and often fruitless search for a well that was not dry.

In India's villages, fetching water is traditionally the responsibility of women, several of whom have faced violence from their husbands after being unable to find enough for their households, Singh said.

He added that drought had brought big social changes to the region, pushing men to move to cities and leave their families behind. 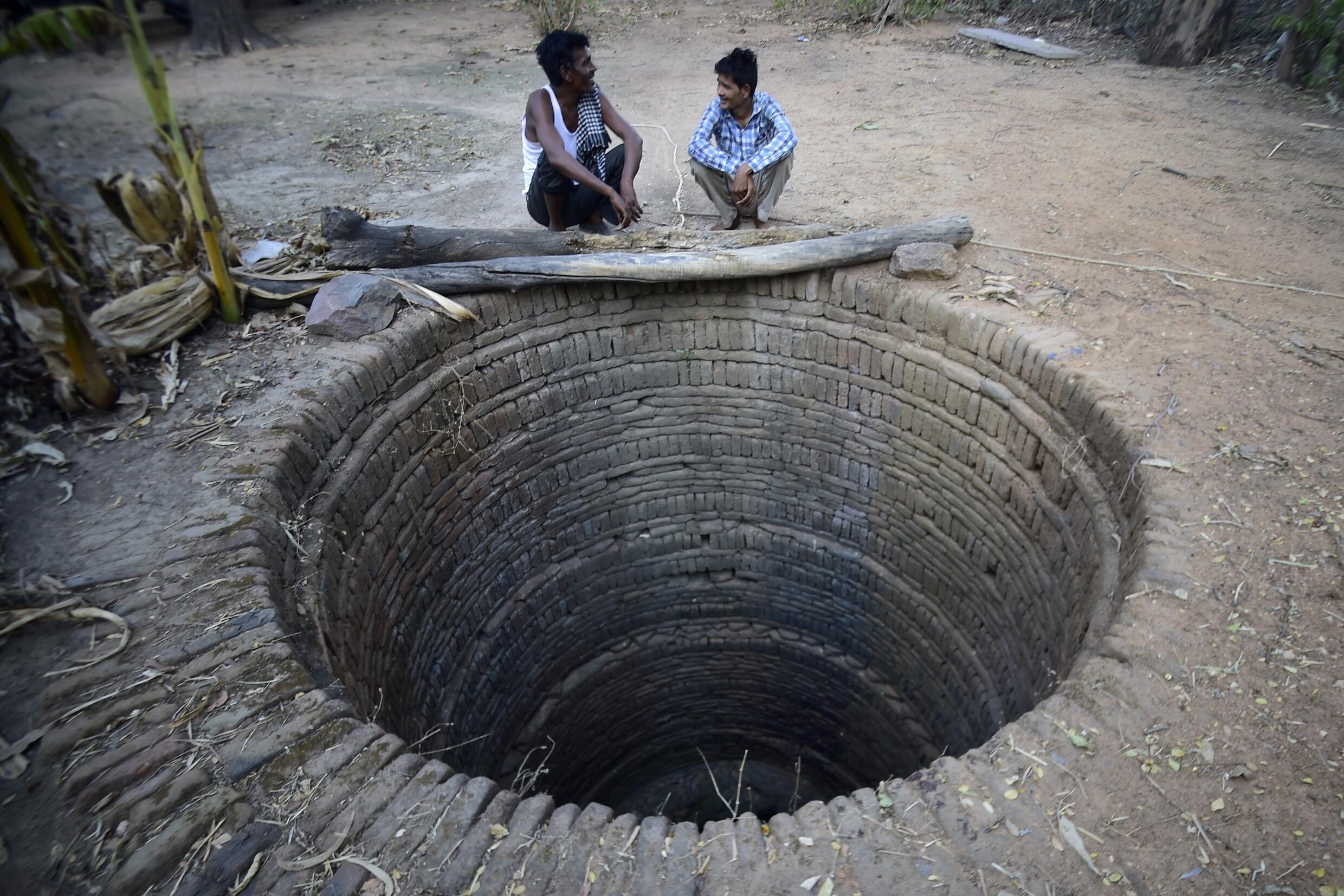 But since it was founded in 2005, the Jal Saheli initiative has helped more than 110 villages become self-reliant for their water needs and aided in reversing the outward flow of people.

In the nearby Lalitpur district, the elderly Srikumar has seen the initiative transform her community from a dust bowl into an oasis. 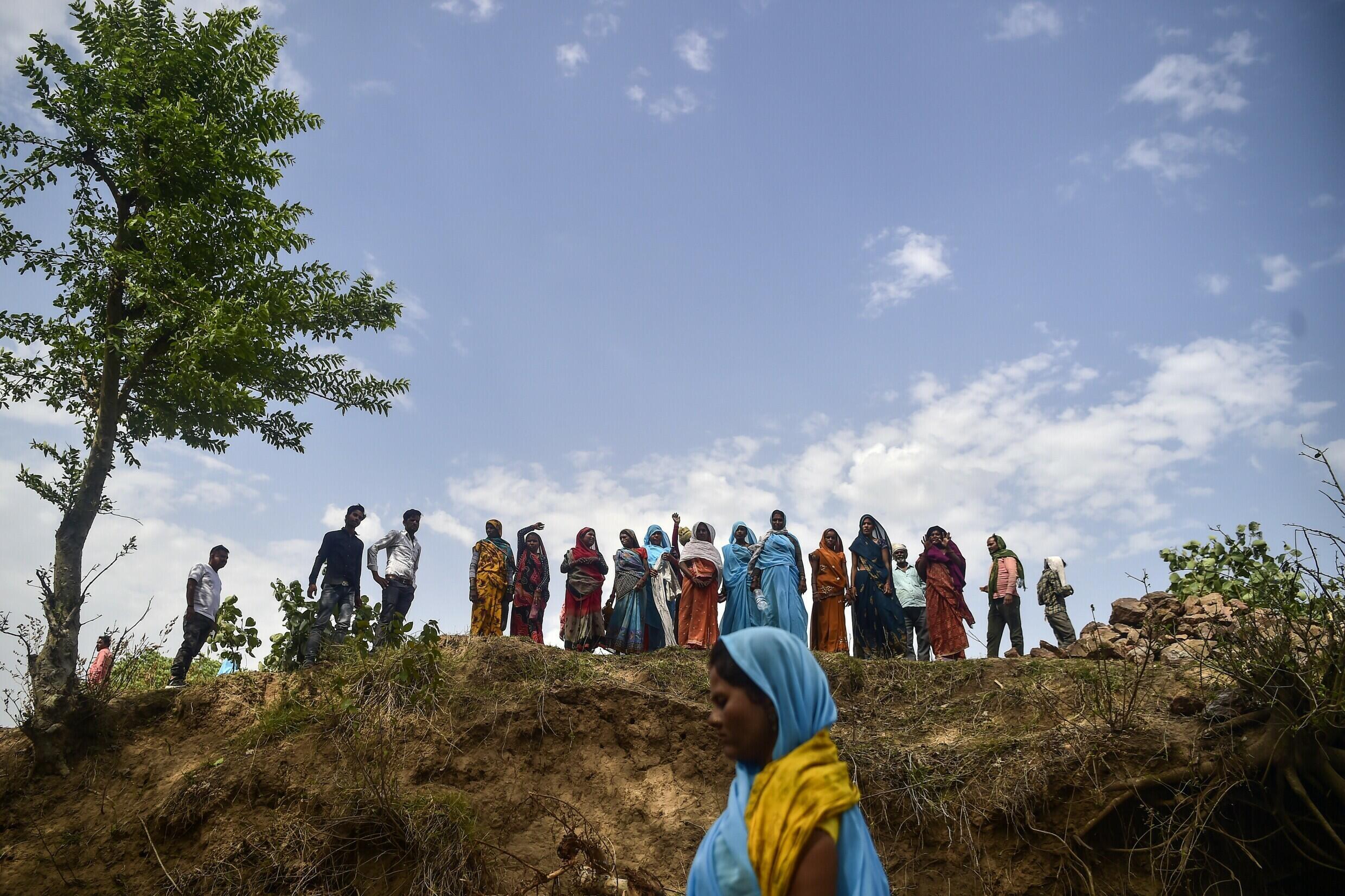 Since it was founded in 2005, the Jal Saheli initiative has helped more than 110 villages become self-reliant for their water needs SANJAY KANOJIA AFP

She heard about the volunteer group a decade ago after suffering through years of water shortages, by the end of which every well and hand pump in her village of 500 people had run dry.

Most of the farms in the area had turned barren because of a lack of irrigation, and dehydrated cattle herds were dying in summer temperatures close to 50 degrees Celsius (122 degrees Fahrenheit).

"Villagers suffered a lot during those days," Srikumar said. "Farming was impossible and men were fleeing their homes to cities to earn a living."

With the help of Singh's charity, Srikumar and a dozen other volunteers dug a football field-sized reservoir near the village that holds up to 10 feet (three metres) of water after the monsoon rains arrive.

The village now has enough water reserves to meet its needs year-round and replenish the earth that had dried out before their intervention. 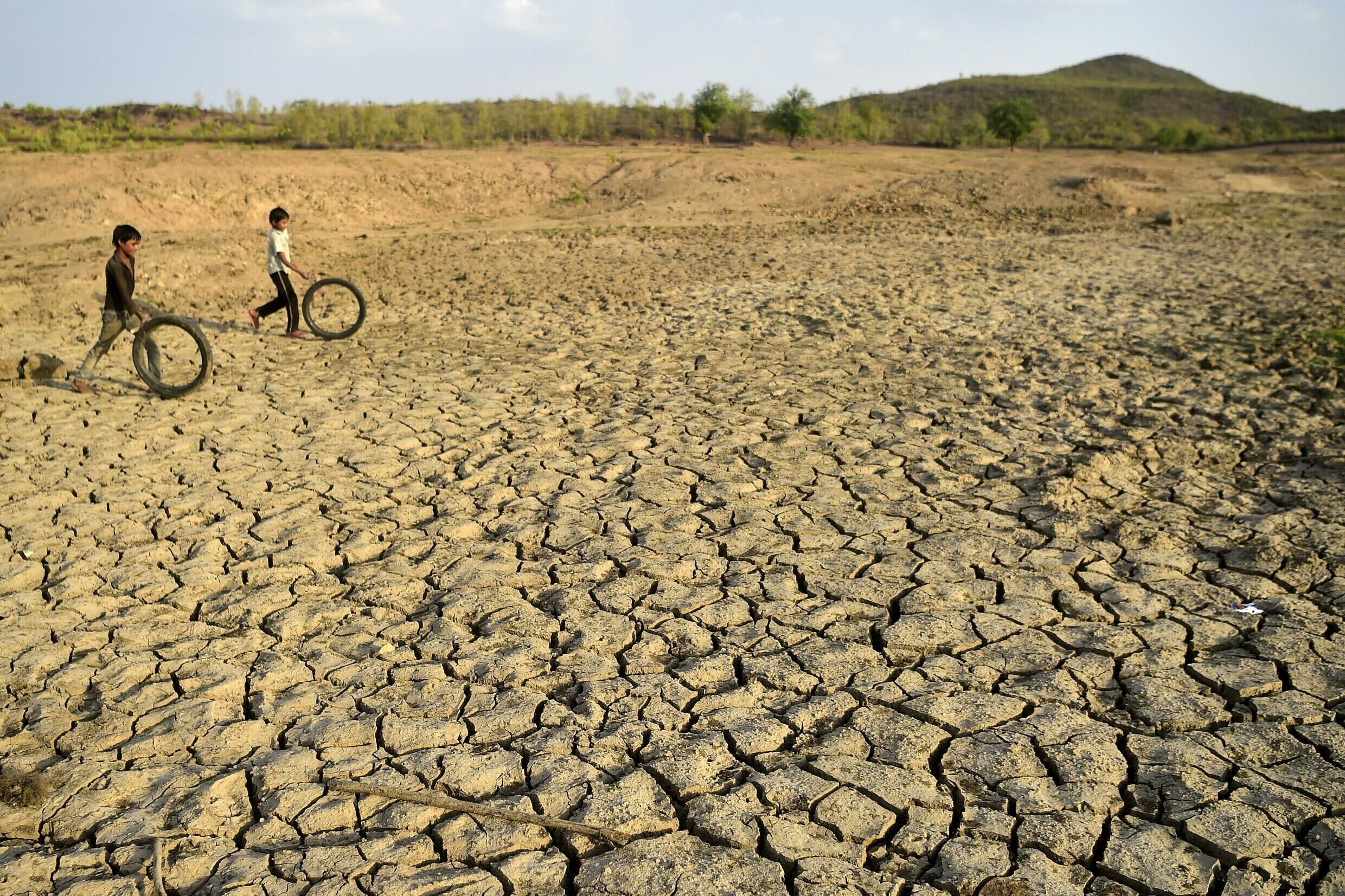 "Things have changed for good. We have enough water now, not just for our homes but also for our cattle," she told AFP.