This indicator is part of the FAO Suite of Food Security Indicators (2017) in the dimension "access".

The prevalence of severe food insecurity in an estimate of the percentage of people in the population who live in housholds classified as severely food insecure.
The assessment is conducted using data collected with the Food Insecurity Experience Scale or a compatible experience-based food security measurement questionnaire (such as the HFSSM, the HFIAS, the EBIA, the ELCSA, etc.).

The probability to be food insecure is estimated using the one-parameter logistic Item Response Theory model (the Rasch model) and thresholds for classification are made cross country comparable by calibrating the metrics obtained in each country against the FIES global refernce scale, maintained by FAO. The threshold to classify "severe" food insecurity corresponds to the severity associated with the item "having not eaten for an entrie day" on the global FIES scale.
In simpler terms, a household is classified as severely food insecure when at least one adult in the household has reported to have been exposed, at times during the year, to several of the most severe experiences described in the FIES questions, such as to have been forced to reduce the quantity of the food, to have skipped meals, having gone hungry, or having to go for a whole day without eating because of a lack of money or other resources.
It is an indicator of lack of food access.

The indicator is calculated as a three year average (2014-16), to reduce the impact of excess sampling variability due to small size of the samples used for many countries.

All countries for which suitable experience-based food insecurity data are available.  Aggregate values for country groups are computed as population-weighted averages of the countries prevalence values and are compiled when countries for which there is a national estimates cover at least 80% of the total population in the group fo countries.

More details on the methodology for computing the prevalence of severe food insecurity are in "Methods for estimating comparable prevalence rates of food insecurity experienced by adults throughout the world", Voices of the Hungry Technical Report N. 1, April 2016. See also the metadata document.

This indicator is part of the FAO Suite of Food Security Indicators (2017) in the dimension "access". 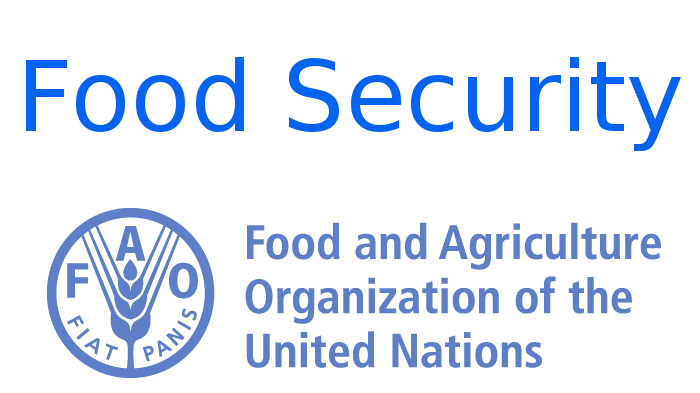 To ensure wide dissemination of its information, FAO is committed to making its content freely available and encourages the use, reproduction and dissemination of the text, multimedia and data presented. Except where otherwise indicated, content may be copied, printed and downloaded for private study, research and teaching purposes, and for use in non-commercial products or services, provided that appropriate acknowledgement of FAO as the source and copyright holder is given and that FAO's endorsement of users' views, products or services is not stated or implied in any way.

More details in the FAO Terms and conditions webpage.