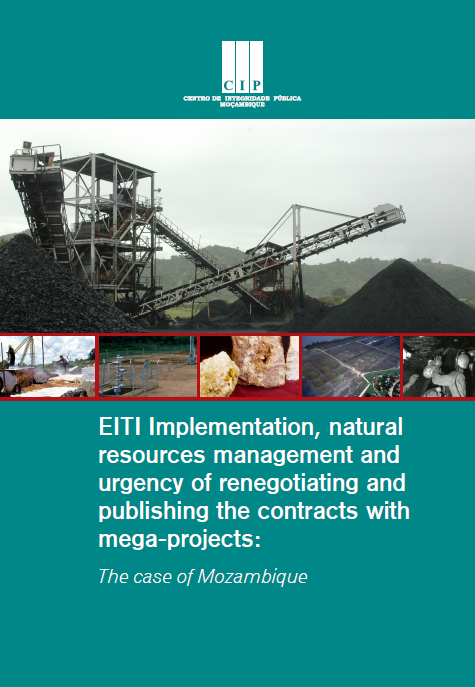 Implementation of the Extractive Industry´s Transparency Initiative (EITI) in Mozambique has shown a series of problems of organisation and transparency in the way in which Mozambique manages and uses revenue from extractive industries. Among the problems there stand out the significant differences between the fiscal contribution made by the companies chosen to take part in this process and what the Government says it has received from these companies.

Furthermore, the fiscal contribution of the six companies in 2008 was derisory, as a result of the lack, on the Government’s part, of appropriate instruments to ensure the valuation of the mineral resources granted to the companies, as well as the excessive fiscal benefits offered to the extracting companies.
The asymmetry of information between the companies and the state is also blatant. The companies hold more and better information on the quantity, quality, price and other technical and commercial details about the wealth present in various countries without the governments of those countries possessing this information. This is also the situation of Mozambique.

A fourth problem concerns the lack of transparency about the benefits in kind received by the state. Society has no information about the management and destination of the payments made in kind to the Government, such as the case of the 2,528,854 GJ of natural gas paid by Sasol in 2008. One of the great challenges that the government must overcome in order to be more transparent in this area is to end the secrecy surrounding the contracts it signs with multinational companies. EITI implementation should go beyond the basic criteria of the Initiative and take into consideration the specific needs of Mozambique. EITI is a starting point from which prospects, strategies and specific solutions (which go beyond the publication of payments and receipts) can be identified, in order to respond to the main challenges of governance and management of the extractive sector in Mozambique. In line with this, it is urgent to look at the need to publish the contracts signed between the government and the companies.

The purpose of this document is to analyse the management model of the extractive sector in Mozambique, taking as its basis the first EITI report. The document questions the lack of transparency of the contracts signed between the government and the companies, and advocates the need to renegotiate the contracts signed before the updating of the Fiscal Benefits Code. The document also brings experiences of contract transparency in Liberia and East Timor, as well as contract renegotiation in Liberia. This is a contribution to inspire the Government of Mozambique (GoM) to follow the same path: that of placing the national public interest above private interests.