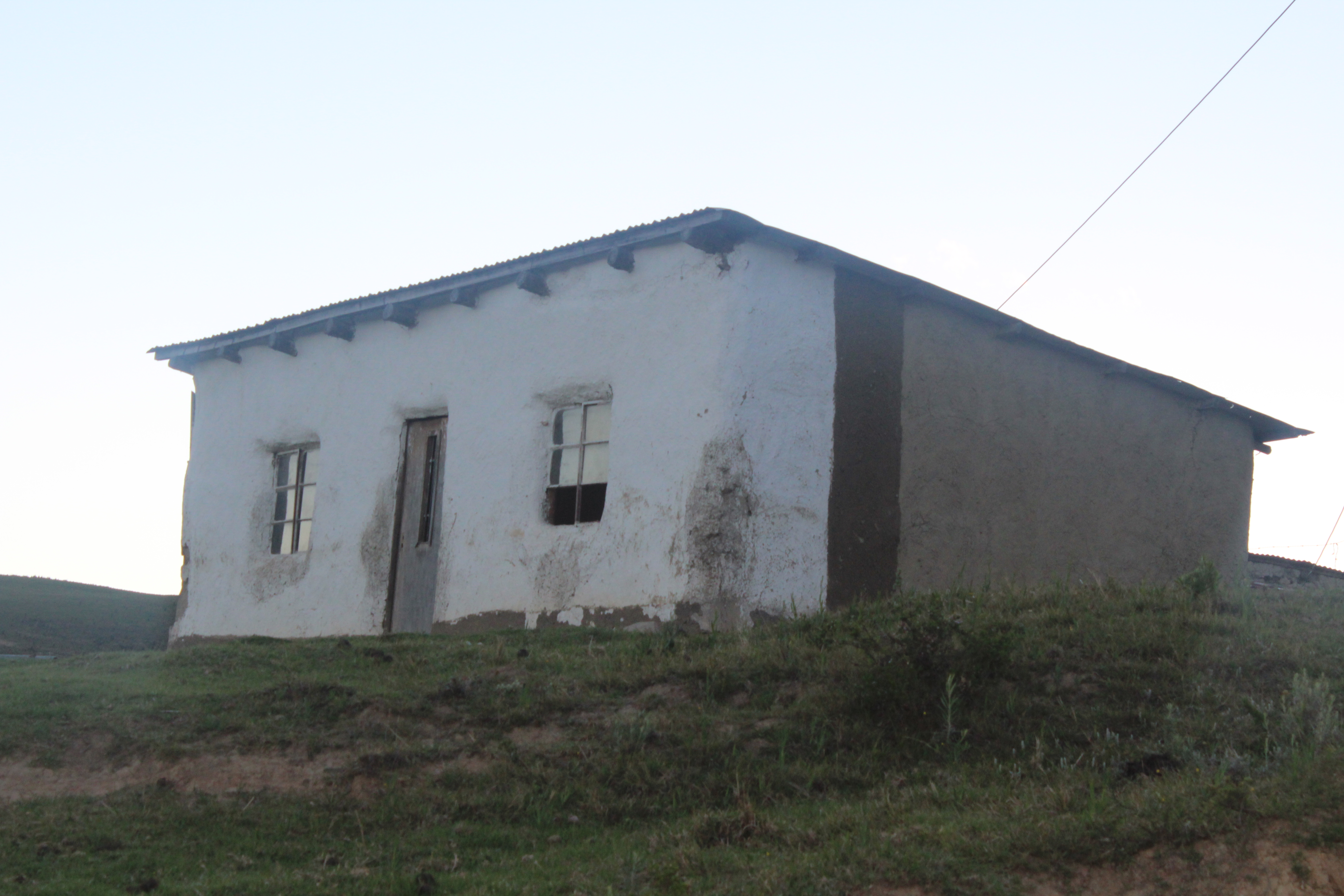 The aim of the survey was to identify key priorities for joint action on land access and agricultural production amongst constituent communities. For this purpose, the survey focused on income, food, livestock and crop production, and land, with a focus on farm dwellers by some partners.

There were 1,743 respondents in 12 local municipalities, across four provinces – KwaZulu-Natal, Eastern Cape, Western Cape and Limpopo. . DESCRIPTION OF SAMPLE An average of 194 respondents was surveyed by each organisation. Three organisations were over the average (SPP, TRALSO, and SCLC), and the remainder were under. The survey was skewed towards the Western Cape, reflecting the composition of TA. Six tenure types were captured in the survey. From largest to smallest they were communal land (36%), farm dwellers on commercial farms (34%), land reform (redistribution and restitution) (13%), commonage (10%), informal settlements/towns (4%) and church land (2%).

Eighty-four percent of respondent households had access to land, 78% had access to land for cropping, and 28% had access to land for grazing, with some overlap between the two. Seventy-one percent of those who specified crop land size had access to cropland of less than one hectare (ha). Seven percent had more than 5ha of land for cropping. Land sizes were small and constituted a fundamental constraint to increasing production. 3 INCOME Along with food security, household income was used as a proxy measure for livelihoods. Wages were the main source of income, earned by 58% of members in responding households (excluding children). Off-farm wages were more significant than farm wages across responding households.

Social grants (mainly pensions and child support grants) were the second biggest source of income at 33%. If we disaggregate wages into off-farm/on-farm and fulltime/casual, then grants are the largest primary income category. Own business was the primary source of income for 4% of members in responding households. Agricultural production was the primary income source for only 2% of members of responding households, with another 6% having agriculture as a secondary source of income. This is despite farming being considered the primary employment for 28% of adult household members.

The average household income was R2,606 per month, and the median (below which half of all cases fall) was R1,860. The average was around the level of poverty lines proposed in the literature, indicating that more than half of the households surveyed live in poverty (measured by income).

Thirty-one percent of households went hungry sometimes, often or always, in the previous year. Five percent went hungry often or always, signifying severe food insecurity. The situation is worst in KwaZulu-Natal (KZN) and then E Cape, and is particularly severe on communal lands and in informal settlements. Ironically, more people who produced crops went hungry than those who do not produce crops. Rather than indicating that crop production means greater hunger levels, we can assert that food insecure households tend to engage in crop production to alleviate the impact of hunger.

More people without land went hungry compared to people who had the land. Women tended to go without food first if there was not enough food for all household members. Supermarkets were the main source of food for household consumption across all food types, but highest for dairy and meat and lowest for fruit and vegetables. Local markets were the main source of different food products for 10-20% of respondent households, except maize for which local markets appeared to be limited. Own production was the primary source of maize and fruit production for around a quarter of responding households. Bread and vegetables were the most frequently consumed types of food, and meat and chicken were the least often consumed. There were provincial variations with bread being a staple in W Cape and to an extent E Cape, and maize being a staple in KZN, Limpopo and to a lesser extent E Cape.

Limpopo and KZN tended towards bigger cattle herds, while W Cape had bigger goat and pig herds and E Cape had the larger sheep flocks. Poultry flock sizes were more similar across provinces. All livestock types except pigs (in all provinces, except in Limpopo) experienced declining herd sizes over the past year, with goats and cattle faring the worst. E Cape and KZN (where herd sizes tended to be larger and ownership was higher) experienced negative growth in herd sizes, while W Cape experienced positive growth across all livestock types, and Limpopo was mixed (increases in cattle and goat herd sizes, decreases in pigs and chickens). The main reason for the decline of herds was unplanned deaths, except for pigs were forced sales and voluntary sales were equally important. Lack of medication and technical support for livestock health, and lack of fodder were the main reasons cited by researchers.

Livestock was mainly kept for household use, although 50-60% of respondents indicated they sold pigs, cattle and sheep at times. Twenty percent or less of livestock sales generated more than R12,000 per year (an average of R1,000 per month). Local buyers and auctions were the main outlets for livestock sales. Cattle were important across all four provinces. The research shows that livestock management is a key point of intervention, especially secure access to grazing land, grazing management (camps, herding techniques), technical support (vets and dipping) and infrastructure (fencing, dipping and water). Integrated livestock and crop production systems are likely to orient production along an agro-ecological path

Most sales generated less than R1,200 a year, although 19% of maize sales generated more than R2,400 a year. Income earned from crop sales was between R308 (vegetables) and R1,280 (maize) per year. Although these numbers were low, they made a contribution to households whose average income was around R2,600 a month. Markets for crops were overwhelmingly local and informal. The study found that a higher proportion of households which experienced hunger - often or always - were crop producers, especially of maize and vegetables. This provided further evidence that crop-producing households in the survey were also poorer households. An emphasis on intermediate storage and processing technologies and the facilitation of local food exchange is recommended.

The primary water sources for both crops (68%) and livestock (76%) were rivers, streams or dams. The research did not examine how the water was brought to fields. For crop production, taps/standpipes were important in Limpopo, W Cape, and to a slightly lesser extent, in KZN. Boreholes and rainwater harvesting were important in KZN. Taps were the main source of water for livestock in W Cape. Respondents generally did not pay for water (85%). 5 Forty-five percent of respondents had received some kind of agricultural training, with Limpopo and E Cape having the highest proportions. Training was most common in respect of land reform, communal land and commonage tenure categories, and low amongst farm dwellers. Only 16% of households had been visited by a government extension officer in the past year.

Extension support was more common in KZN and least common in Limpopo. Seven percent of households had access to production credit, with almost a quarter in E Cape but less than 10% elsewhere. There was a positive correlation between access to extension services and levels of production, especially of maize and chickens. There was a negative relationship between access to agricultural training and production levels. The relationship between production credit and production levels was mixed. This may suggest training and credit are inappropriate or not properly targeted.

Fifty-four percent of farm workers in the respondent households were women. The majority of farm workers (78%) interviewed were permanently employed and 5% of workers were employed by labour brokers (all in the Cape Winelands). Compliance with basic conditions of employment was between 65% (maternity leave) and 92% (annual leave). Seventy-one percent of workers received the minimum wage, and 79% were registered for Unemployment Insurance Fund (UIF). Compliance was generally lower for women workers than men. EVICTIONS Four organisations asked questions about evictions, covering farm dwellers but also other respondents. Eleven percent of households experienced eviction in the past 10 years, while 13% indicated a current threat of eviction.

The situation was much worse in KZN (only amongst labour tenants in Amajuba), with 32% saying they had experienced evictions in the past 10 years and 48% indicating a current threat of evictions. This is a flashpoint that should attract TA’s attention. Seventeen percent of those in informal settlements (in Rawsonville in the Cape Winelands) indicated a current threat of evictions. The majority of those who faced evictions (73%) looked first to civil society organisations for support, mainly at advice offices. Of the quarter that turned to government, the majority went to the municipality, despite the existence of a Department of Rural Development and Land Reform (DRDLR) national support programme.

While government and private sector resources are being invested into building a black commercial smallholder sector to feed into formal agri-food value chains, this is likely to benefit only a small minority of producers. The survey showed that the marginalised majority of producers are TA’s core constituency. KEY RECOMMENDATIONS • Focus on improving agricultural production for household use and sales to local markets; • Learn from and strengthen local distribution systems; • Facilitate immediate welfare interventions for households that are often or always hungry; • Extend secure access to grazing land, including management systems; • Improve livestock management, especially grazing systems, fodder production and health; • Extend secure access to crop land; • Integrate livestock and crop production systems; • Introduce intermediate processing and storage technologies for both livestock and crops; • Develop farmer-to-farmer participatory systems of sharing and learning; • Improve adherence to basic conditions of employment and focus on access to land for production for farm dwellers.