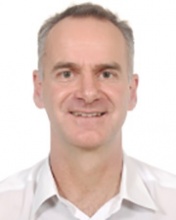 Jean du Plessis is a capacity development specialist in the Global Land Tool Network (GLTN) secretariat, based in UN-Habitat, Nairobi, Kenya. He has over 20 years of work experience in the land, housing and development sectors. He worked closely with various South African communities resisting forced removal under apartheid and, after 1994, seeking land rights, reconstruction and development. He was chief director of the South African land restitution programme from 1997-2000. In 2000-2001 he worked in the UN Land and Property Unit in East Timor and then joined the Centre on Housing Rights and Evictions in Geneva. From 2008 he worked as an independent researcher, trainer and facilitator, and conducted commissioned assignments for international and national bodies including the United Nations, Norwegian Centre for Human Rights, South African Government, Urban LandMark and African Centre for Cities. Jean has published variously on land, housing, restitution, forced evictions and development issues. He joined the GLTN team in June 2011.