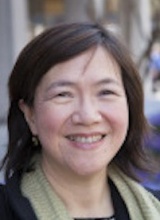 Agnes Quisumbing, a senior research fellow, co-leads a research program that examines how closing the gap between men’s and women’s ownership and control of assets may lead to better development outcomes. Her past work at IFPRI analyzed the factors that enable individuals, households, and communities to move out of poverty over the long term, and on how resource allocation within households and families affects the design and outcome of development policies. Her research interests include poverty, gender, property rights, and economic mobility. She led a study on intrahousehold allocation and development policy in Bangladesh, Ethiopia, Guatemala, and South Africa. She has also worked on women's land rights in Ghana, the Philippines, and Sumatra. She has been involved in longitudinal studies in Bangladesh, Guatemala, and the Philippines, and is currently engaged in impact evaluations of agricultural development programs, focusing on their impacts on gender asset inequality, in South Asia and Sub-Saharan Africa.