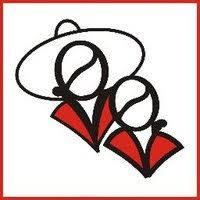 AMIHAN was established on October 26, 1986 as a response to the need to give a collective voice to the peasant women, the most numerous and discriminated, yet the largest sector of women in the Philippines. Starting from 6 provincial chapters, it has grown into 19 provincial chapters in 9 regions nationwide.

A free and prosperous society where men and women are equally empowered, where foreign control and domination has become a thing of the past, and where unequal structures and all forms of oppression and discrimination have been successfully eliminated.

A society administered by a government that does not dictate upon its people nor is dictated upon by power but rather rules by the people’s will and consent.

A society that encourages the development of a dynamic, interdependent but self-sustaining and peaceful communities.

AMIHAN unites with all the oppressed and exploited classes, and fights for the interests and aspirations of the Filipino people.

It consolidates and defends its victories while advancing the struggle against exploitation and oppression.

It struggles for the empowerment of peasant and other rural women as part of the movement for social change.