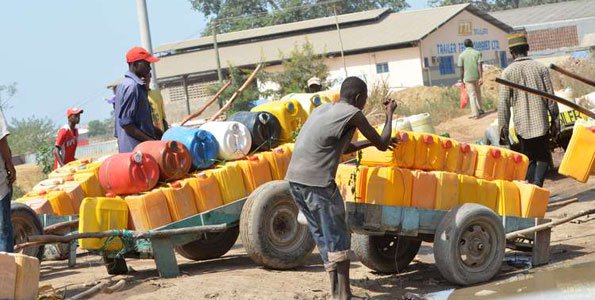 Kenya’s unprecedented urbanisation rate offers major opportunities, but also puts to the test the new Constitution’s declaration to make access to basic services a basic right for all Kenyans.

Often urban density facilitates extending services on scale to millions of people more rapidly at lower cost than where density is lower.

Presently, however, Kenya’s investment in urban network infrastructure is not keeping up with demand, and inequity persists as informal settlements and poorer households lag far behind better-off ones. In many urban centres — especially in Nairobi and Mombasa — water demand exceeds supply, and rationing is common.

In Nairobi, only about 36 per cent of households in informal settlements have access to piped water in the house or compound, compared to 84 per cent in formal areas.

Nowhere in Kenya is there a properly engineered sanitary landfill — solid waste mostly ends up in open dump sites or undesignated areas. Only 18 per cent of the urban population has access to a sewer system.

With some exceptions, similar disparity holds for in-house electricity, access to solid waste collection services, and the quality of roads. Non-network services like health and education show less disparity on access, but with varying quality between formal and informal areas.

The disparity in basic networked services therefore may have much to do with the legacy of policies that make it difficult to invest in infrastructure services, especially in informal settlements.

Because the poor spend proportionally more on services than the non-poor, increasing the services requires special effort to improve affordability.

Spending so much on services (and food and transport) leaves little for housing, so that people opt for informal structures.

Both the electricity and water and sanitation sectors have tried mitigating inequities through a number of measures including: lowering the costs of connecting to networked services by connecting all at once; offering loans for connections repayable over time, and providing subsidies to increase access.

The more centralised electricity sector has been able to introduce such measures to lower the costs of connection more consistently, but this has been more difficult to apply in the more decentralised water and sanitation services.

In cities like Nyeri and Nairobi, water utilities have also introduced innovative metering and pay-as-you-go options where poor people can, for example, pay regularly in small instalments, so that their bills do not run out of control. Living in the land of M-Pesa is proving a major asset!

But the challenges do not merely concern finances and infrastructure. Although Kenya’s water sector reforms since 2000 left a fairly positive legacy, including a regulator and corporatised utilities, reforms aligning to the new system of devolution have been slow, and policies and institutions in flux.

They also guard strongly against any signs of national government being prescriptive about counties’ service delivery arrangements.

Continued disagreement between counties and national government, reverberating in the two houses of Parliament, has meant that three years since devolution came into effect, a new Water Bill is yet to come into force.

While uncertainty and flux remains, water utilities still do not accurately price their services. Urban water is underpriced, covering on average only 80 per cent of operations and maintenance costs.

This leaves utilities with insufficient revenue to: finance capital investments for infrastructure rehabilitation or expansion so essential to sustain the system; develop subsidies for the poor, and meet investment costs.

The electricity sector has fared better, because tariffs levels reflect the capital, operations and maintenance costs of services.

Some may see urban water companies as a potential source of revenue to divert to other functions or activities, rather than keeping revenues for investment in the sector.

Yet, so far, counties have not abolished the institutionally distinct utilities, thus keeping water finances within the sector.

How best to optimise devolution’s opportunities for transforming urban services? National-county dialogue is needed to clarify new roles and address distrust and uncertainty.

The art lies in ensuring that transformation does not interrupt service delivery. While negotiating changes, political leaders need to ensure that water keeps running, waste is removed and disposed of, and lights stay on.

BDAfrica carries a selection of stories from the newspaper Business Daily, published out of Nairobi by the Nation Media Group, as well as exclusive web-only content.

For details of the much fuller range of business and feature coverage available in the newspaper, please see the website section: In the Newspaper.

You may subscribe directly to the full newspaper by contacting kkyaka@nation.co.ke.