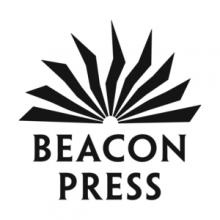 Beacon Press is an independent publisher of serious non-fiction. Our books often change the way readers think about fundamental issues; they promote such values as freedom of speech and thought; diversity, religious pluralism, and anti-racism; and respect for diversity in all areas of life.

Our current publishing program emphasizes religion, history, current affairs, political science, gay/lesbian/gender studies, education, African-American studies, women's studies, child and family issues and nature and the environment. In 1993 Beacon was voted "Trade Publisher of the Year" by the Literary Market Place . In addition, Beacon and its authors have received National Book Awards, the American Book Award, the Christopher Award, the National Writers Union Golden Pen Award, the American Academy of Religion Award for Excellence in Book Publication, and the PEN New England L.L. Winship Award and Friend to Writers Award, and has been named the New England Publisher of the Year.

In the words of Dana Frank, Professor of American Studies at UC, Santa Cruz, "Beacon Press continues to pioneer in publishing works that are central to an embracing vision of the American people and our future together. Their books are always beautifully produced, of the highest literary and artistic quality and able to bridge the best of scholarship with popular accessibility."

Beacon is an associate member of the Association of American University Presses. We are a department of the Unitarian Universalist Association.

In this classic work of economic history and social theory, Karl Polanyi analyzes the economic and social changes brought about by the "great transformation" of the Industrial Revolution. His analysis explains not only the deficiencies of the self-regulating market, but the potentially dire social consequences of untempered market capitalism.