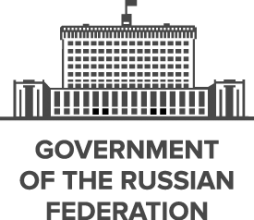 Founded in the 12th century, the Principality of Muscovy was able to emerge from over 200 years of Mongol domination (13th-15th centuries) and to gradually conquer and absorb surrounding principalities. In the early 17th century, a new ROMANOV Dynasty continued this policy of expansion across Siberia to the Pacific. Under PETER I (ruled 1682-1725), hegemony was extended to the Baltic Sea and the country was renamed the Russian Empire. During the 19th century, more territorial acquisitions were made in Europe and Asia. Defeat in the Russo-Japanese War of 1904-05 contributed to the Revolution of 1905, which resulted in the formation of a parliament and other reforms. Repeated devastating defeats of the Russian army in World War I led to widespread rioting in the major cities of the Russian Empire and to the overthrow in 1917 of the imperial household. The communists under Vladimir LENIN seized power soon after and formed the USSR. The brutal rule of Iosif STALIN (1928-53) strengthened communist rule and Russian dominance of the Soviet Union at a cost of tens of millions of lives. After defeating Germany in World War II as part of an alliance with the US (1939-1945), the USSR expanded its territory and influence in Eastern Europe and emerged as a global power. The USSR was the principal adversary of the US during the Cold War (1947-1991). The Soviet economy and society stagnated in the decades following Stalin’s rule, until General Secretary Mikhail GORBACHEV (1985-91) introduced glasnost (openness) and perestroika (restructuring) in an attempt to modernize communism, but his initiatives inadvertently released forces that by December 1991 splintered the USSR into Russia and 14 other independent republics.

Following economic and political turmoil during President Boris YELTSIN's term (1991-99), Russia shifted toward a centralized authoritarian state under the leadership of President Vladimir PUTIN (2000-2008, 2012-present) in which the regime seeks to legitimize its rule through managed elections, populist appeals, a foreign policy focused on enhancing the country's geopolitical influence, and commodity-based economic growth. Russia faces a largely subdued rebel movement in Chechnya and some other surrounding regions, although violence still occurs throughout the North Caucasus.

Russia is a semi-presidential federation.

Preamble shall be amended to add the following wording: “This Regional Law shall not be applicable to agricultural land classified as gardening, horticultural and subsistence farming land plots destined for individual subsidiary smallholding, garage construction and also to land plots under estate property. Turnover of the aforesaid land plots shall be regulated by Land Code of the Russian Federation”.

This Federal Law sets forth the requirements land-use planning scheme for insertion of a land plot in public land cadaster map either in electronic form or in paper version as established by the acting federal executive body in the Far Eastern Federal District by agreement with the public registration authority.The supreme regional executive bodies of the Russian Federation specified in Article 1 of this Federal Law, within the boundaries of hunting grounds managed by legal entities and individual entrepreneurs on the grounds provided for by Federal Law No.

This Federal Law establishes that if land-use planning projects and land-use planning rules and regulations were drafted and examined at public hearings prior to entry into force of this Federal Law, the validation of the aforesaid rules and regulations, amendments thereto shall be performed in conformity with the acting Urban planning code and they shall be brought into conformity with requirements of Urban planning code by July 1, 2018.Information submitted to the rights registration authority on the boundaries of the protective zones of cultural heritage sites shall contain a textual and