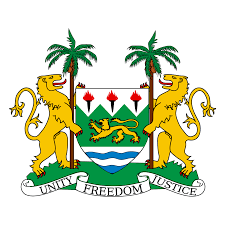 The British set up a trading post near present-day Freetown in the 17th century. Originally the trade involved timber and ivory, but later it expanded into slaves. Following the American Revolution, a colony was established in 1787 and Sierra Leone became a destination for resettling black loyalists who had originally been resettled in Nova Scotia. After the abolition of the slave trade in 1807, British crews delivered thousands of Africans liberated from illegal slave ships to Sierra Leone, particularly Freetown.