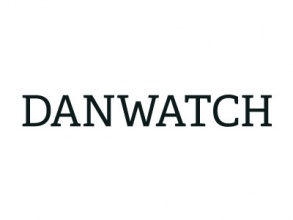 Danwatch is a Danish award-winning independent media and research centre specialized in investigative journalism on global issues. We investigate states’ and companies’ impacts on human rights and the environment, and hold power to account in the public interest.

Through our in-depth journalistic investigations we address structural problems and uncover the truth behind, with no corporate or political agenda. Our subjects are often highly complex and span many different countries and sectors, but through fact-based, unbiased reporting, we expose systemic wrongs, counter misinformation and provoke change.

Our investigations focus on serious issues affecting our society and can last many months with very thorough desk research combined with fieldwork in multiple countries. Often we work together with local journalists in cross-border collaborative, and have build up a very strong network of investigating journalists, local media, CSO, contacts and whistleblowers in several countries.

We collaborate national and internationally with major mainstream media and broadcasters (DR, Politiken, TV2 The Guardian, Aljazeera among others), which secure that our journalism, is reaching as many people as possible. And our investigations have appeared in major newspapers, broadcasters and news outlets around the world. Our belief is that independent journalism is a crucial part of any democracy. Our journalism help the public to better understand our world, give a voice to the voiceless, and hold states, investors and companies with power to account.

Our journalistic investigations have prompted political inquiries and hearings both national and international and have influenced policy changes at some of the biggest multinational companies.

Green energy is expected to be a significant part of the solution to Africa’s energy problems. But what new problems may arise if progress exacts at a high cost? Lake Turkana Wind Power is the largest private investment ever in Kenya, and Danish and international companies and investors have already sunk millions of euros into the project.