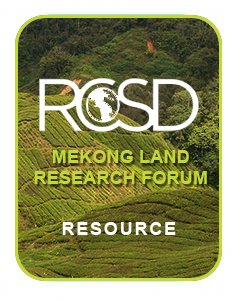 Since Vietnam shifted to a market-economy in the 1980s, Hanoi has seen rapid urban expansion similar to that of other South East Asian cities - involving megaprojects, luxury developments, rural-to-urban migration, informal housing construction, and escalating speculation. Researchers have considered how unemployment and the disruption of community life followed the urbanization of rural areas. However, little has been said about how people adjusted their everyday life to cope with the changes. Through in-depth interviews, focus groups, participatory observation, oral histories, and surveys, this research investigated the adaptation strategies of low-income residents in the face of land use changes that are beyond their control. The main research site is Tay Ho district - previously a conglomeration of agricultural villages that has, in the past 20 years, witnessed rapid transformation through large-scale infrastructures, luxury housing, and smaller lodgings built individually for migrant workers. Four main adaptation strategies used by residents have been identified. First, people turn to food as a safety net. Running small street stalls, selling goods in local markets, and delivering to restaurants are common. Second, as farms transform into roads and buildings, people take advantage of public space to garden and socialize with neighbours. Third, gender division is significant as women are often excluded from the male-dominated land inheritance system and the formal economy, so they turn to informal trade, which offers autonomy and helps to develop social connections. Fourth, as land is confiscated and compensated by a lump sum of cash, people build social capital to persevere. This paper suggests that, in the context of rising globalization, the urbanization of the countryside, and the need to ensure the sustainability and inclusivity of cities, urban planners and policy-makers should take into account the way by which low-income residents continue to rely on environmental and social capital to adapt to changes.