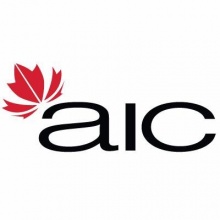 In 1995, following almost a decade of discussion and debate, members of the Agricultural Institute of Canada voted to restructure the organization into a federation of Member Organizations.

For ninety-five years, AIC responded to the needs of its members in serving the agricultural community, playing a central role as a source of credible information and comment for the Canadian agriculture and agri-food sector.

In 2004 the AIC became a member-based organization once again.

AIC Membership categories include individual members as well as organizations, associations and corporate. The membership will determine views on issues as well as elect the national board.

Canadian agriculture is a global leader in stewardship of our land through science.

Campeau, A. B., Lafleur, P. M. and Humphreys, E. R. 2014. Landscape-scale variability in soil organic carbon storage in the central Canadian Arctic. Can. J. Soil Sci. 94: 477â488. Arctic soils constitute a vast, but poorly quantified, pool of soil organic carbon (SOC). The uncertainty associated with pan-Arctic SOC storage estimates â a result of limited SOC and land cover data â needs to be reduced if we are to better predict the impact of future changes to Arctic carbon stocks resulting from climate warming.

Huffman, T., Coote, D. R. and Green, M. 2012. Twenty-five years of changes in soil cover on Canadian Chernozemic (Mollisol) soils, and the impact on the risk of soil degradation. Can. J. Soil Sci. 92: 471â479. Agricultural soils that are covered by vegetation or crop residue are less susceptible to degradation by wind and water erosion, organic matter depletion, structural degradation and declining fertility.

Liu, X., Burras, C. L., Kravchenko, Y. S., Duran, A., Huffman, T., Morras, H., Studdert, G., Zhang, X., Cruse, R. M. and Yuan, X. 2012. Overview of Mollisols in the world: Distribution, land use and management. Can. J. Soil Sci. 92: 383â402. Mollisols â a.k.a., Black Soils or Prairie Soils â make up about 916 million ha, which is 7% of the world's ice-free land surface. Their distribution strongly correlates with native prairie ecosystems, but is not limited to them. They are most prevalent in the mid-latitudes of North America, Eurasia, and South America.