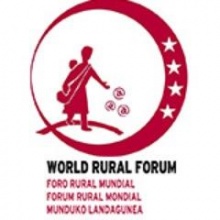 The World Rural Forum (WRF) is a plural network that works in favour of family farming and sustainable rural development, composed of farmers’ federations, rural organizations and agriculture research centres from five continents.

The World Rural Forum, came into being as a result of the International Congress on Trade and Rural Development held at the end of November, 1998 in Vitoria-Gasteiz (Basque Country, Spain), where multi-disciplinary reflection was made on the impacts of a more global economy in the development of agricultural activities and of rural areas in general. The Vitoria-Gasteiz declaration “For a Globalization Compatible with Rural Development” established some objectives and a far-reaching agreement to create an Association or Forum which would have the task of putting the declaration into practice.

The WRF works together with a strong network of international contacts composed of organizations and institutions working in the rural world, all of them having a different profile, scope and area of expertise.

WRF has established specific objectives, among others : a) The multifunctional development of rural life in the context of global policies. b) The agreement and conciliation between entities, groups, institutions and people who share similar approaches regarding the support for rural life. c) The reflection and analysis of the effects of globalization on rural life, its companies, its economy and its environment. e) The formulation and proposal of integrated sustainable development policies in the rural environment.

The WRF led the campaign for the declaration of the International Year of Family Farming IYFF-2014 by the United Nations, together with more than 360 organizations from five continents. During the IYFF-2014, the WRF played a key role coordinating efforts of Civil Society organizations.