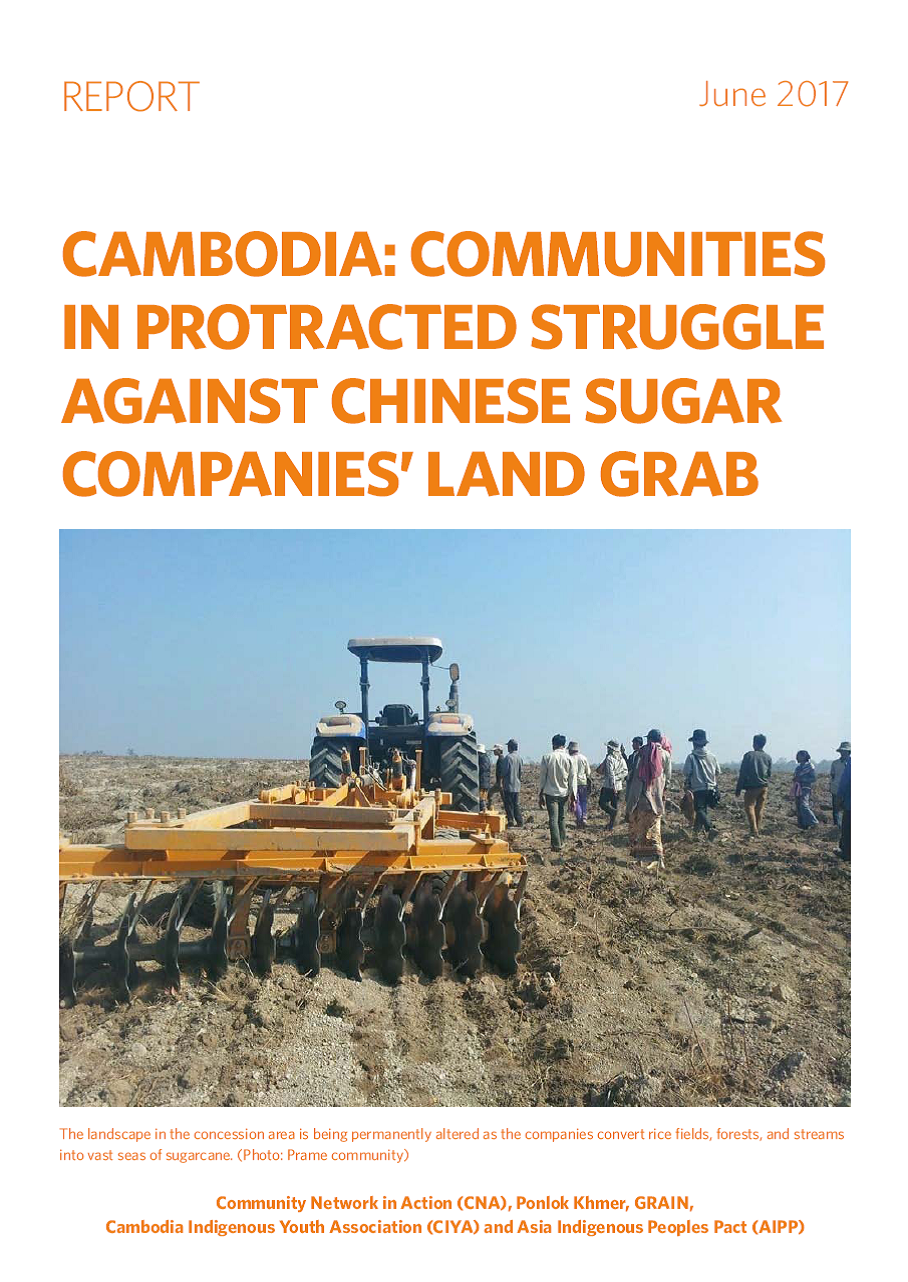 The report reveals how Chinese sugarcane companies, attracted by the Cambodian government to invest in local agro-industry, have been violating the fundamental rights of communities and destroying livelihoods and ecosystems over the past six years. Five subsidiaries of a single Chinese state-owned company, Hengfu Group Sugar Industry, were granted economic land concessions covering more than 40,000 hectares in 2011.

Over the years, affected communities in Preah Vihear have engaged in sustained resistance to the destruction of their livelihoods and culture, and exposed land grabs for what they really are: violent, devastating, and unlawful. They have called for the concessions to be cancelled and the land returned to them. So far, they have managed to slow but not stop the onslaught from the concessions. But they have not given up.

GRAIN is a small international non-profit organisation that works to support small farmers and social movements in their struggles for community-controlled and biodiversity-based food systems. Our support takes the form of independent research and analysis, networking at local, regional and international levels, and fostering new forms of cooperation and alliance-building. Most of our work is oriented towards, and carried out in, Africa, Asia and Latin America.