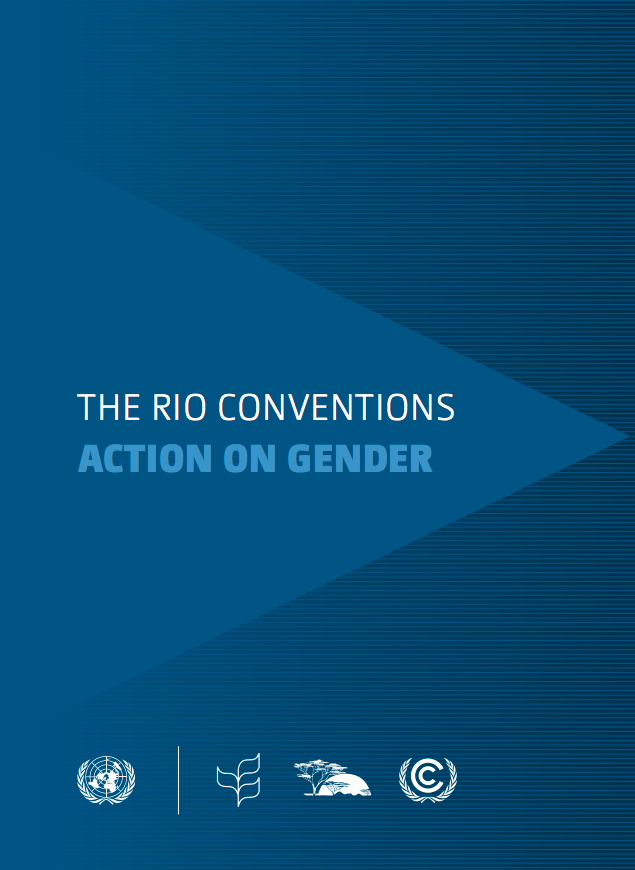 In the 20 years since their inception, the Rio Conventions have made important progress in advancing their work. Given that climate change, biodiversity and desertification are interconnected, the conventions explored possible cooperation in these areas. In response, the Joint Liaison Group among the secretariats of the CBD, the UNCCD and the UNFCCC was established in 2001 with the aim of enhancing coordination among the three conventions, including for information sharing and outreach.

The increasing awareness of gender in the context of sustainability adds a new opportunity to further strengthen cooperation among the three Rio Conventions. In this sense, this is an interesting and exciting time for all three conventions, because gender awareness is at an all-time high in the context in which the conventions function.

It is common knowledge that vulnerability to biodiversity loss, desertification and climate change impacts are deeply connected to gender, and that, conversely, sustainability interventions, responses and solutions need to consider gender issues if they are to fully meet the objectives for which they were established.

This important and ongoing paradigm shift on gender mainstreaming is also increasingly reflected in the respective mandates that Parties have given to the three conventions. The CBD’s decision on access and benefits sharing has a clear reference to gender considerations at the policy level and beyond; the UNCCD ’s Advocacy Policy Framework (APF) on gender and the respective decision of its tenth conference of the Parties will become a guiding instrument for gender-sensitive implementation of the convention; and the outcomes of the 2011 Durban United Nations Climate Change Conference contain some 16 mentions of gender across key substantive streams.

The integration of gender into actions against biodiversity loss, climate change impacts and desertification will maximize the results of interventions, efforts and resources spent and will hopefully lead to gender-sensitive policymaking with optimal outcomes.

We should, therefore, take a closer look at the goals, objectives and opportunities relevant to the integration of gender into each of the three Rio Conventions.

The United Nations Convention to Combat Desertification in Those Countries Experiencing Serious Drought and/or Desertification, Particularly in Africa (UNCCD) is a Convention to combat desertification and mitigate the effects of drought through national action programs that incorporate long-term strategies supported by international cooperation and partnership arrangements.

The UNFCCC entered into force on 21 March 1994. Today, it has near-universal membership. The 197 countries that have ratified the Convention are called Parties to the Convention.

The United Nations Convention to Combat Desertification in Those Countries Experiencing Serious Drought and/or Desertification, Particularly in Africa (UNCCD) is a Convention to combat desertification and mitigate the effects of drought through national action programs that incorporate long-term strategies supported by international cooperation and partnership arrangements.