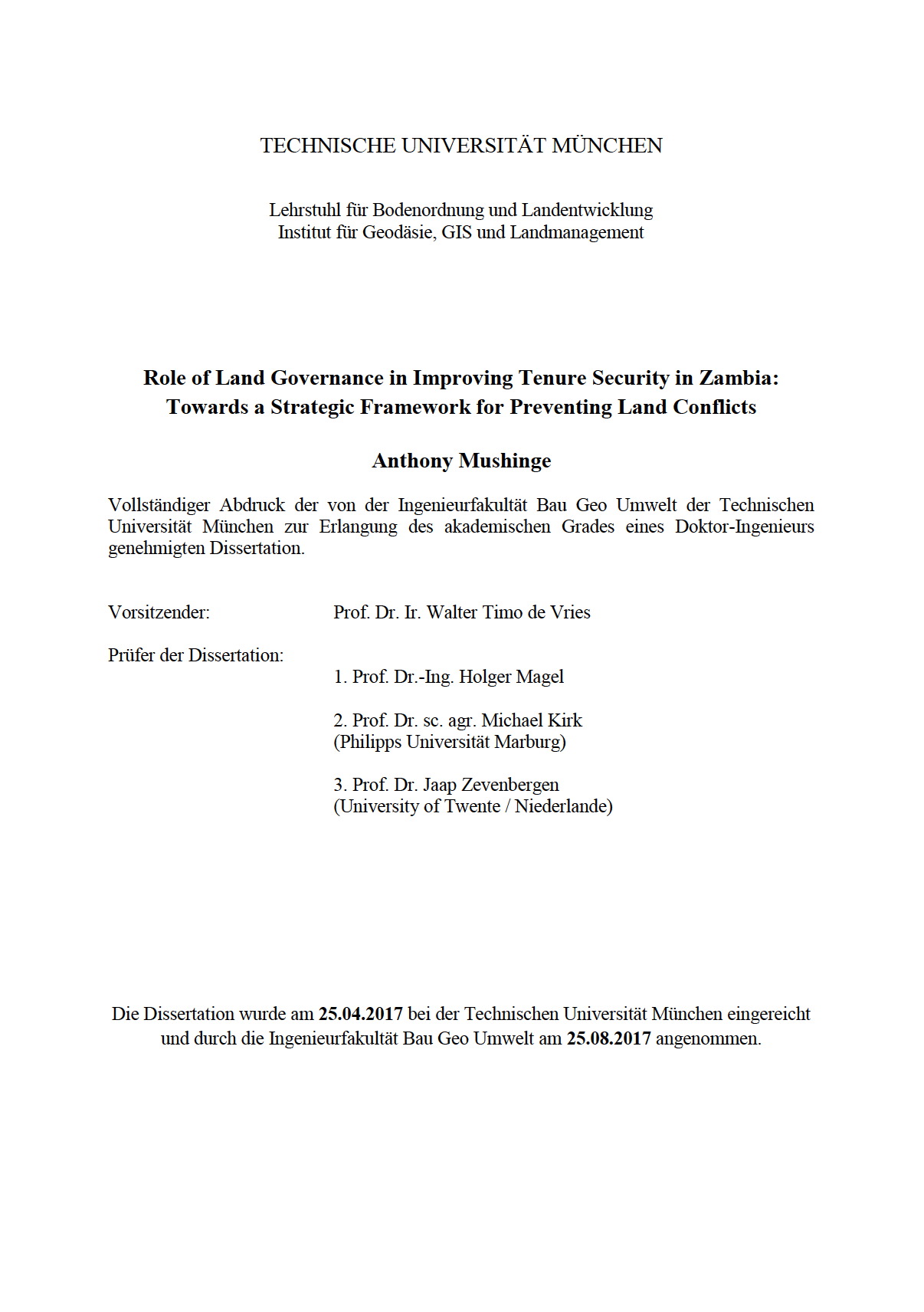 Zambia is one of the countries in Africa with a high frequency of land conflicts. The conflicts over land lead to tenure insecurity. In response to the increasing number of land conflicts, the Zambian Government has undertaken measures to address land conflicts, but the measures are mainly curative in nature. But a conflict sensitive land governance framework should address both curative and preventive measures. In order to obtain insights about the actual realities on the ground, based on a case study approach, the research examined the role of existing state land governance framework in improving tenure security in Lusaka district, and established how land conflicts affect land tenure security.

In order to address the prevailing problems, the study suggests a framework for improving state land governance in Zambia and suggests the preconditions necessary to adopt the framework in Zambia in particular and in other African countries in general.