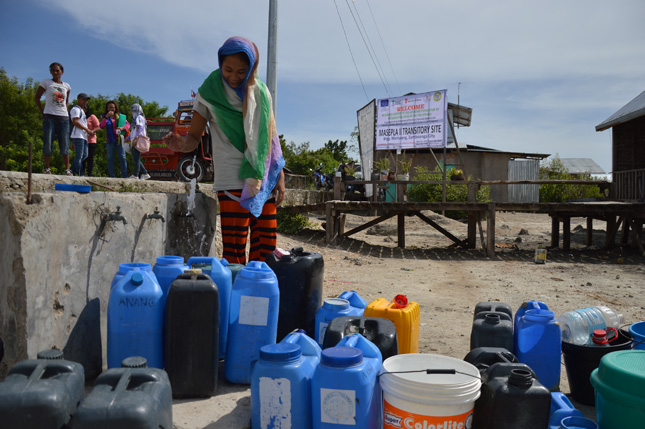 The Philippines faces a breadth of social and environmental challenges that threaten its economic and political stability. A long history of violent conflict stemming from ethnic, religious, and political tensions is further complicated by changing weather patterns that cause severe drought and damaging storms. Millions of people in Mindanao have been displaced by violence and extreme weather events, and their migration from rural areas leaves room for the expansion of terrorist groups that threaten regional stability. The United States currently has strong trade and cultural ties to the Philippines, and U.S. Pacific Command operates military facilities on the islands. This chapter examines the stakes for U.S. interests in Mindanao, and recommends a security approach that combines defense, diplomacy, and development efforts to promote improved governance, social stability, and climate resilience.

The Philippines was listed as the country most affected by climate change in the 2015 Global Climate Risk Index. Mindanao’s southern islands are currently experiencing extreme drought and rising temperatures due to climate change and heightened El Niño-Southern Oscillation effects. In April 2016, a severe drought in Cotabato Province drove thousands of farmers to urban centers to demand food assistance. An ongoing three-year drought is also leading to water rationing in Zamboanga City. In some areas, agricultural land has been rendered unusable. These trends are projected to continue: By 2050, average rainfall is expected to decrease by 11%.

Climate change is also generating warmer coastal waters, rising sea levels, and stronger storms in the Philippines. Since 2006, the Philippines has experienced five of the 10 strongest storms in its history.

In addition, Mindanao faces tradeoffs between maintaining marshlands and accessing the oil and gas deposits beneath them. A proposed dam near the Liguasan Marsh would drain 543,600 acres of marsh to enable drilling, but could also flood thousands of acres of farmland.

Large segments of Mindanao’s population have inadequate access to fresh water due to a combination of factors: degraded water quality stemming from a lack of regulation; depleted water sources due to overuse; and insufficient infrastructure as a result of poor governance, especially in areas experiencing conflict. Disputes over water rights arise where governing institutions are lacking, and feuding parties sometimes intentionally deprive opponents of water access as a tactic.

It is estimated that since 2000, 4 million people have migrated to displacement camps in Mindanao due to violent conflict in their home regions. In 2013, Typhoon Yolanda and other climate change impacts forced another 4 million people to relocate to Mindanao. Providing water and sanitation for so many displaced people is a challenge that the government has struggled to meet. The mass migration also contributed to a food crisis of such magnitude that in 2000 the Internal Displacement-Monitoring Centre reported that 30%–40% of preschool children on the islands were malnourished.

Over 48% of Mindanao’s jobs are in the agriculture sector, which is increasingly threatened by climate impacts. Insufficient water supply and storm recovery mechanisms, along with degradation of watersheds, render agricultural livelihoods untenable, and displace farmers.

Inequitable land tenure and access to natural resources is also an underlying cause of violent conflict in Mindanao. While much of the widespread violence has its roots in a long history of ethnic, religious, and political tensions, it was ultimately land tenure disputes that helped drive part of the Philippines’ Muslim population to pursue political separation from the Filipino state.

Implications for the U.S.

Mindanao is of geostrategic importance to the United States. It is close to the South China Sea and its potentially oil- and gas-rich Spratly Islands, the ownership of which is hotly contested by various states, including China.

The United States operates military facilities in the Philippines, which the U.S. Pacific Command suggests are critical for maritime security, counterterrorism, and humanitarian and disaster relief operations. These operations are facilitated by the 2014 Enhanced Defense Cooperation Agreement, and are an important part of U.S.-Philippine cooperation to counter terrorist groups, including Jemaah Islamiyah and Abu Sayyaf, which are helping to establish a territorial foothold for the Islamic State of Iraq and Syria (ISIS) in the Philippines.

The newly elected Duterte government is critical of the defense cooperation agreement, asserting that it pits U.S. interests against those of the Philippines. In late 2016, the new president repeatedly called for the removal of U.S. troops from the Philippines, a move that would severely curtail U.S. ability to carry out counterterrorism operations.

Several extremist groups in Mindanao are designated as “foreign terrorist organizations” by the United States, and some of these have carried out attacks on Western targets. Reports indicate that ISIS training camps are being established in Mindanao, and the large-scale displacement of rural populations has created space for such terror operations to prosper. There is a risk that extremist groups will carry out tactics already used in Iraq and Syria, such as taking control of water resources, driving agricultural workers from their land, and destroying infrastructure.

In order to promote stability in the Philippines and protect its interests, the United States should consider the following actions: