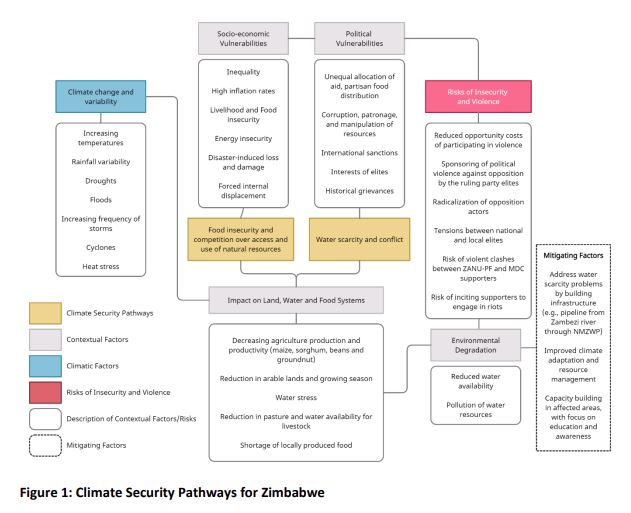 Pathway #1: Food insecurity and competition over access and use of natural resources

(I) The effects of the climate crisis can impact food, land, and water systems in various ways, reducing their production and productivity, increasing food insecurity and potentially lead to conflict because of the reduced opportunity costs of participating in violent acts.

(II) The effects of the climate crisis may also increment and exacerbate the risk of patronage, rent seeking and resource competition which are at the heart of food insecurity and malnutrition. The interests of ZANU-PF elites to protect their economic interests to continue monopolising resources, including food aid, is likely to increase state violence against the opposition as well as sponsoring political violence, including the use of their constituencies to attack opposition members. This, in turn, may increase the likelihood of radicalisation of opposition activists and the spark of violent reactions that could escalate into violent clashes between ZANU-PF and MDC supporters