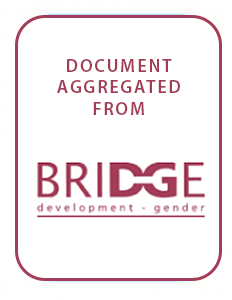 How has citizen action resulted in national policy change in different parts of the world?

This is the full introduction to the edited volume of the book Making Change Happen, published by Zed Books. It includes case studies, such as: Turkey, where a campaign for women’s rights led to a new penal code with thirty-five amendments for the protection of sexual rights; South Africa, where the Treatment Action Campaign led to public recognition of HIV/AIDS as an issue, and to over 60,000 people gaining access to treatment; the Philippines, where the National Campaign for Land Reform gained the redistribution of half of the country’s farmland to 3 million poor households; and Mexico, which enacted important reforms to national budget priorities and health delivery mechanisms following a campaign to reduce maternal mortality. The remaining case studies this publication examines are from India, Brazil, Morocco, and Chile.

The introduction begins by discussing the projects and case studies' backgrounds, before covering a number of different aspects of citizen action. A section on participation and national policy change looks at change from the perspectives of working with and challenging the state, and the importance of linking both sides of this equation. Spaces for collective action towards policy change, mobilising structures (actors, networks and coalitions) and strategies, and managing contentiousness are also discussed.

Next, the problem of ‘success’ is explained, with the author highlighting that many activists are increasingly realising that policy change on its own is not enough to achieve lasting and sustainable progress, and can often result in unfortunate trade-offs. There are a number of implications for current debates and practices drawn from the case studies, presented throughout the text in a number of propositions put forward by the author:

Competition for formal political power is needed, in conjunction with civil society engagement in policy processes, to create new impetuses for reform, and bring key allies into positions of influence.

Successful reform campaigns depend on careful navigation to link international pressures with differing and constantly changing local and national contexts.

Successful policy change requires complex and highly developed mobilising structures which link national reformers to local and faith-based groups, the media, and repositories of expertise. Such structures are built over time, deeply grounded in the societies where they are found, and linked to the biographies of those who lead them.

Alliances between social actors and champions of change inside the state are critical to make policy change happen. Social mobilisation structures can provide opportunities for state-based reformers to generate change from within.

Policy change on contentious issues requires contentious forms of mobilisation, with the ability to frame issues carefully, adjust to changing circumstances, and draw upon a wide range of strategies.

Robust and sustainable changes generally require campaigns that link the national to the local, and pay attention to the processes of empowering citizens and deepening democratic governance, as well as to effecting policy change itself.

BRIDGE is a research and information programme located within IDS Knowledge Services. We are part of a global movement whose vision is a world where gender equality, dignity and social justice prevail, where poverty is eliminated and where human rights – including women’s rights - are realised.