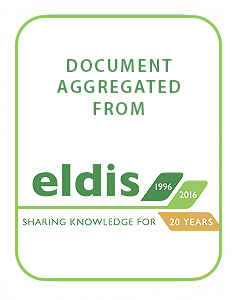 Although many African countries have adopted highly innovative and pro-poor land laws, lack of implementation hinders their potentially far-reaching impact on productivity, poverty reduction, and governance. To assess the effects of these pro-poor land laws and analyse whether the existing doubts are justified, this report draws on the experience of Ethiopia which, over a period of 2-3 years, registered the majority of rural lands in a rapid process at rather low cost. This report discusses the challenges for land policy and administration in Africa together with recent initiatives to reform legal frameworks and establish accessible institutions in response to these. Against this background, it describes key characteristics of Ethiopia’s land policy and its recent certification process. The report then uses village- and household-level data to describe the extent to which different stages of certification were implemented as planned and to explore the extent to which these varied along lines of gender or wealth. The report also provides evidence on impact as well as costs of first-time registration as carried out now and with a spatial reference added and discusses options to ensure that the information generated is kept up to date and can sustain itself based on user fees. Lastly the report presents conclusions and policy implications, which are targeted at individuals interested in replicating or improving these land reforms in other African contexts:

the rapid speed, participatory nature, and low cost of Ethiopia’s land certification, together with the positive results from this process and the absence of bias in favor of the wealthy or lack of access to information by the poor, demonstrate that large-scale and rapid delivery of land certificates in a participatory way is possible
users’ positive assessment of the process, readiness to pay to replace lost certificates, high demand - and willingness to pay - for a spatial reference, and their positive assessment of likely impacts suggest that the way in which Ethiopia implemented land certification responded to local needs
the fact that most disputes were resolved in the field, reinforced by initial evidence of positive investment- and transfer-effects, suggests that elements of Ethiopia’s certification process, with modifications as needed, could serve as a model for other African countries to quickly scale up implementation of land legislation, the innovative provisions of which have thus far been largely ineffective.

The World Bank is a vital source of financial and technical assistance to developing countries around the world. We are not a bank in the ordinary sense but a unique partnership to reduce poverty and support development.