With limited land, access to it has been a prevailing issue which leads to human rights violations to farmers, and to the disadvantaged women and indigenous peoples. 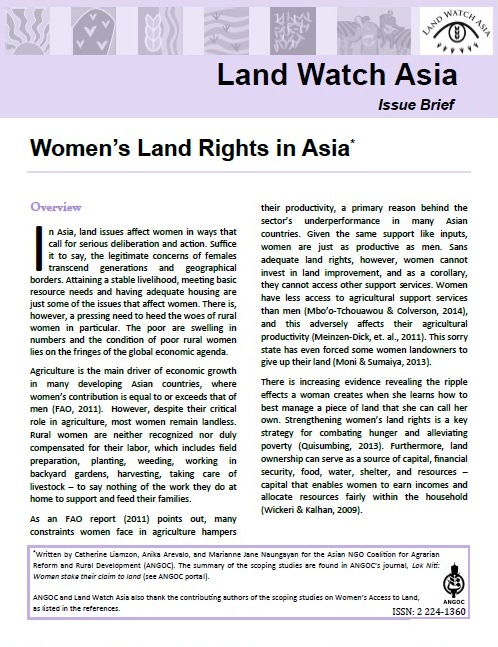 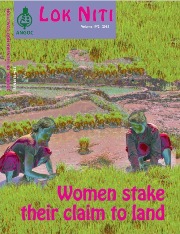 The Lok Niti on “Women stake their claim to land” outlines the statuses of women’s land rights in each country, the legal frameworks covering such rights, the key factors promoting or impending women’s land rights, and the strategies to address gender inequality and advance women’s rights to own and benefit from the land. Its issue brief, “Women’s land rights in Asia,” may also be downloaded here. 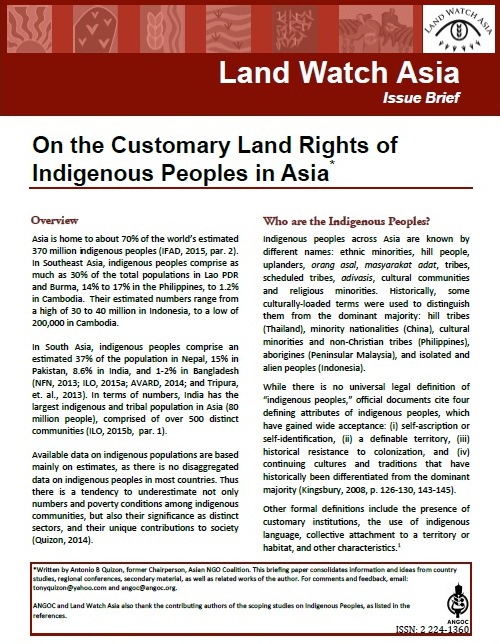 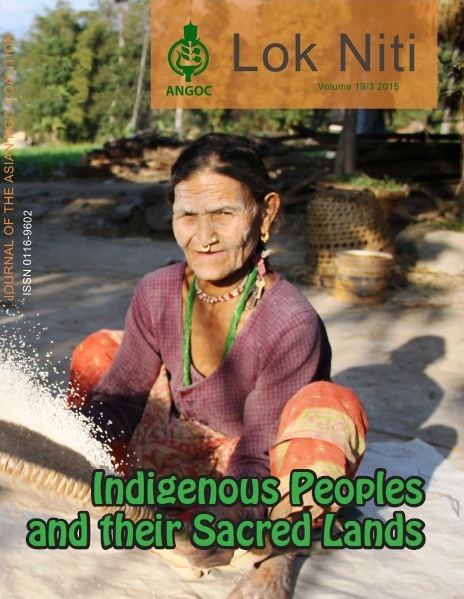 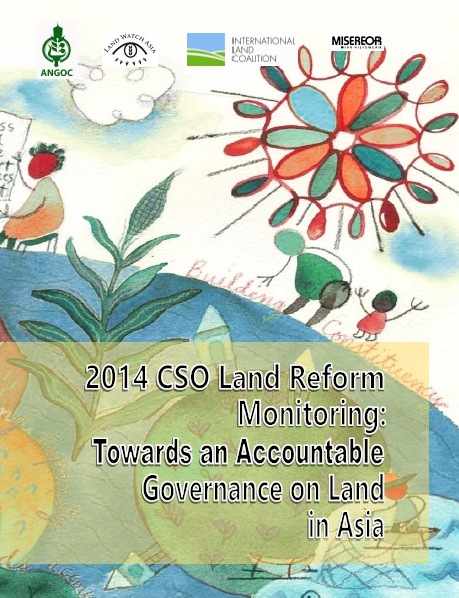 LWA also started the Land Reform Monitoring Initiaive in 2010 strengthening evidence-based advocacies of CSOs on access to land and security of land tenure. The “2014 CSO Land Reform Monitoring Report: Towards an Accountable Governance on Land in Asia” features the 2014 CSO land reform monitoring reports on the status of land tenure and access to land of the seven countries. It also reflects the recent expansion of the monitoring initiative to a ridge-to-reef framework providing a more holistic approach in addressing ancestral lands, rural lands, and marine resource concerns. 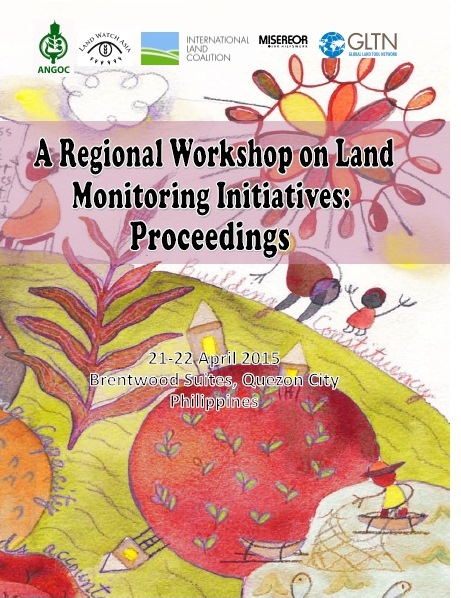 A proceedings on “A Regional Workshop on Land Monitoring Initiatives”was also prepared to highlight  LWA’s “Regional Workshop on Land Monitoring Initiatives: Towards an Accountable Governance on Land” held in Manila, Philippines on 21-22 April 2015 – which includes the country land monitoring reports; the country updates in Lao PDR, Myanmar, and Vietnam; and the new land reform monitoring framework modified for the post-2015 Sustainable Development Goals (SDGs).