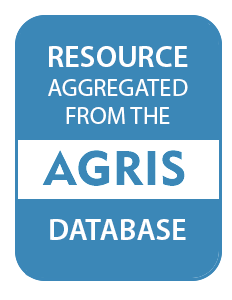 Liu, X., Burras, C. L., Kravchenko, Y. S., Duran, A., Huffman, T., Morras, H., Studdert, G., Zhang, X., Cruse, R. M. and Yuan, X. 2012. Overview of Mollisols in the world: Distribution, land use and management. Can. J. Soil Sci. 92: 383â402. Mollisols â a.k.a., Black Soils or Prairie Soils â make up about 916 million ha, which is 7% of the world's ice-free land surface. Their distribution strongly correlates with native prairie ecosystems, but is not limited to them. They are most prevalent in the mid-latitudes of North America, Eurasia, and South America. In North America, they cover 200 million ha of the United States, more than 40 million ha of Canada and 50 million ha of Mexico. Across Eurasia they cover around 450 million ha, extending from the western 148 million ha in southern Russia and 34 million ha in Ukraine to the eastern 35 million ha in northeast China. They are common to South America's Argentina and Uruguay, covering about 89 million and 13 million ha, respectively. Mollisols are often recognized as inherently productive and fertile soils. They are extensively and intensively farmed, and increasingly dedicated to cereals production, which needs significant inputs of fertilizers and tillage. Mollisols are also important soils in pasture, range and forage systems. Thus, it is not surprising that these soils are prone to soil erosion, dehumification (loss of stable aggregates and organic matter) and are suffering from anthropogenic soil acidity. Therefore, soil scientists from all of the world's Mollisols regions are concerned about the sustainability of some of current trends in land use and agricultural practices. These same scientists recommend increasing the acreage under minimum or restricted tillage, returning plant residues and adding organic amendments such as animal manure to maintain or increase soil organic matter content, and more systematic use of chemical amendments such as agricultural limestone to replenish soil calcium reserves.