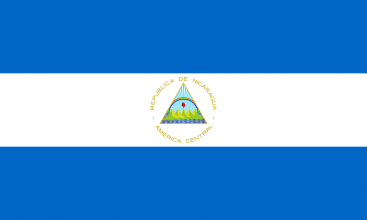 The Pacific coast of Nicaragua was settled as a Spanish colony from Panama in the early 16th century. Independence from Spain was declared in 1821 and the country became an independent republic in 1838. Britain occupied the Caribbean Coast in the first half of the 19th century, but gradually ceded control of the region in subsequent decades. Violent opposition to governmental manipulation and corruption spread to all classes by 1978 and resulted in a short-lived civil war that brought the Marxist Sandinista guerrillas to power in 1979. Nicaraguan aid to leftist rebels in El Salvador prompted the US to sponsor anti-Sandinista contra guerrillas through much of the 1980s. After losing free and fair elections in 1990, 1996, and 2001, former Sandinista President Daniel ORTEGA Saavedra was elected president in 2006 and reelected in 2011. The 2008 municipal elections, 2010 regional elections, 2011 presidential election, 2012 municipal elections, and 2013 regional elections were marred by widespread irregularities. Nicaragua's infrastructure and economy - hard hit by the earlier civil war and by Hurricane Mitch in 1998 - are slowly being rebuilt, but democratic institutions have been weakened under the ORTEGA administration.

Nicaragua is a presidential republic.

It is the ineludible commitment of the State of Nicaragua to respond to the claim for the titling of the lands and territories of the indigenous peoples and ethnic communities of the former Mosquitia of Nicaragua; right set forth in the International Treaties entered into between England and Nicaragua, such as the 1860 Managua Treaty and the 1905 Harrison-Altamirano Treaty. This right to the land is recognized in the 1987 Political Constitution of Nicaragua and the Statute of Autonomy of the Autonomous Regions of the Atlantic Coast.

Law on Urban and Agricultural Property

A Constituent National Assembly drafted and promulgated the constitution.

Civil Code of Republic of Nicaragua