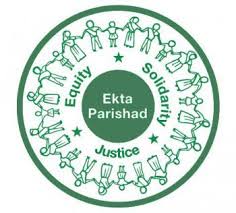 International Human Rights Day is the day to send reminders from around the world to Jairam Ramesh, India’s Minister for Rural Development, to keep the promises he made one year ago to 100 000 marchers in Agra.

On 11 October 2012, 100 000 marchers cheered as the Rural Development Minister joined Rajagopal PV, representing the Jan Satyagraha and social movement Ekta Parishad, to sign a 10-point agreement to address poverty and the lack of land and shelter. Over the following year the Indian Government made significant efforts to implement the agreement.

Two key policy elements points were drafted with civil society - the National Policy on Land Reform and the National Homestead Rights Bill - but they remain drafts. Neither of these vital points is even on the agenda of the upcoming parliamentary session. And time is running out.

The session of Parliament opening in Delhi on 12 December is the last opportunity to turn the drafts into law before the general elections in spring 2014. This is the last chance for the Congress Party to prove its commitment to the poor of India, who – in spite of economic growth - remain the vast majority of the population.

Ekta Parishad and the many organisations associated with the March for Justice are actively campaigning to change the agenda. Some 3000 of the original marchers and other supporters plan a sit-in outside Parliament. Friends of India and of Ekta Parishad from across Europe are contacting Indian embassies and writing to the Minister to encourage him to see through his and the government’s commitment to land reform and poverty reduction.

TO JOIN YOUR VOICE TO THEIRS, receive a sample letter and the address to send it, check: http://ektaeurope.org/

Ekta Parishad Europe is an open network of independent organisations and individuals of European countries. Its primary goal is to provide moral, political and financial support to social movements which assist deprived people to achieve control over their means of livelihood such as water, land and forest.