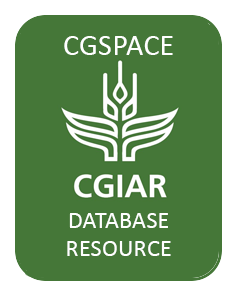 Background
The Sustainable Development Goals include commitments to end poverty, and promote education for all, gender equality, the availability of water and decent work for all. An important constraint is the fact that each day, many millions of women and children, and much less frequently men, carry their household’s water home from off-plot sources. The burden of fetching water exacerbates gender inequality by keeping women out of education and paid employment. Despite speculation about the potential health impacts of fetching water, there is very little empirical evidence. We report the first large study of the health impacts of carrying water on women and children.

Methods
A cross-sectional survey was conducted in South Africa, Ghana and Vietnam during 2012. It investigated water carrying methods and health status. Because areas of self-reported pain were correlated we undertook factor analysis of sites of reported pain, to interpret patterns of pain reporting. Regression analysis using Generalised Estimating Equations (GEE) investigated water carrying as a risk factor for general health and self-reported pain.

Conclusions
Participants who reported a history of current or past water carrying more frequently reported pain in locations most likely to be associated with sustained spinal axial compression in the cervical region. Given the fact that cervical spinal conditions are globally one of the more common causes of disability, our findings suggest that water carrying, especially by head loading is a major contributing factor in musculoskeletal disease burden in low income countries. Our findings support the proposed indicator for monitoring SDG6.1: “Percentage of population using safely managed drinking water services at home.”

ILRI's strategy 2013-2022 was approved in December 2012. It emerged from a wide processof consultation and engagement.

ILRI envisions... a world where all people have access to enough food and livelihood options to fulfil their potential.

ILRI’s mission is... to improve food and nutritional security and to reduce poverty in developing countries through research for efficient, safe and sustainable use of livestock—ensuring better lives through livestock.