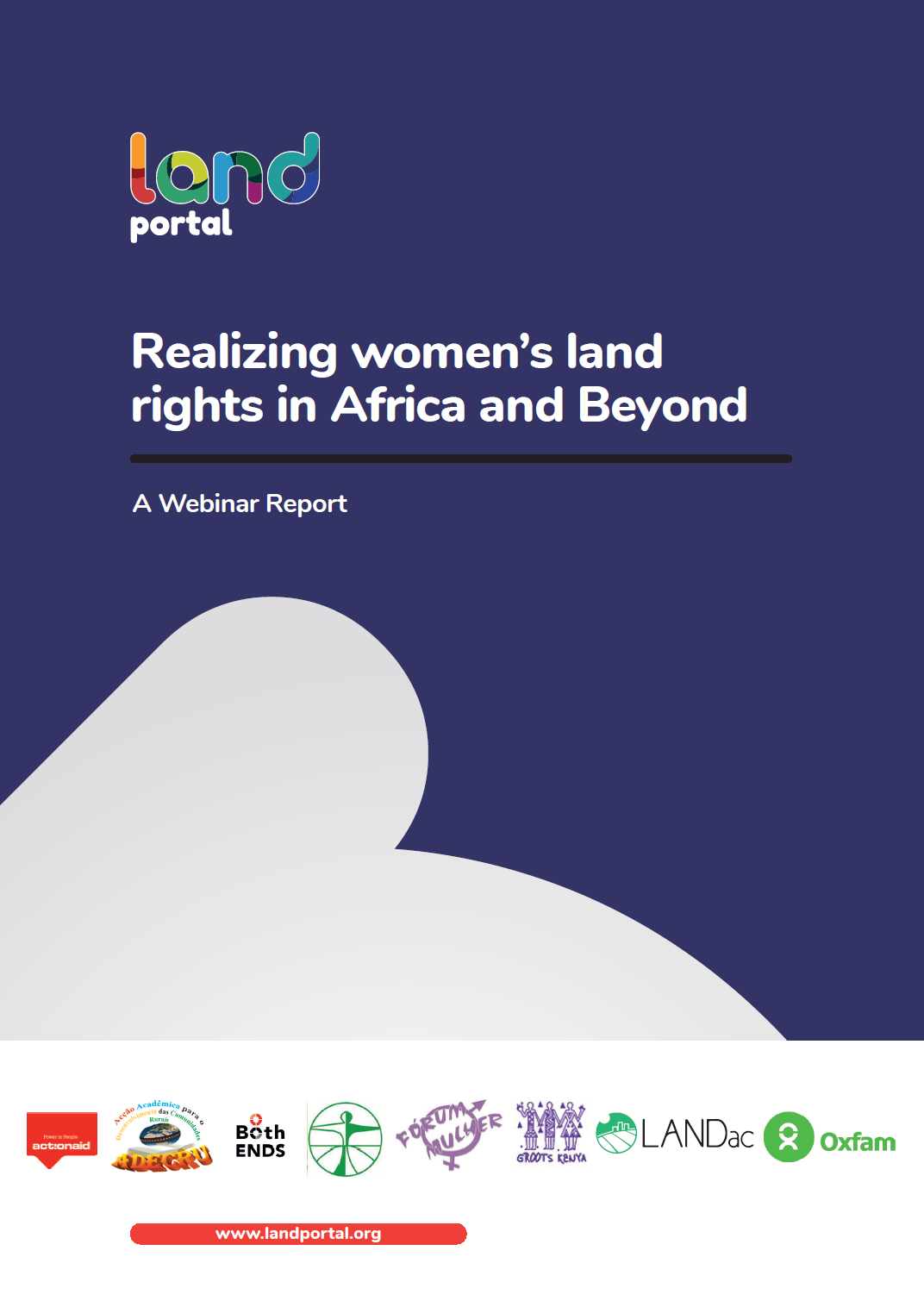 In October 2016, women farmers from 22 countries across Africa climbed the peak of Mount Kilimanjaro to claim women’s rights for access to and control over land and natural resources. This event coincided with the launch of a campaign of the African Land Policy Centre (ALPC) to reach the target of having 30 percent of all registered land in the name of women by 2025 and to embed women’s land rights into the targets of the Sustainable Development Goals (SDGs).

In line with these initiatives, there has been increased attention for women’s land rights by grassroots movements, local governments, civil society organisations, academics, and international organisations. Nonetheless, despite progressive policies, legal frameworks, and strong civil society engagement in many countries, there is still a lot to be done to feel a real impact on the ground. This webinar featured experiences from several grassroots initiatives and highlighted how they fight for women’s improved access to and control over land and other natural resources and to scale up women’s land rights.

LANDac, the Netherlands Academie on Land Governance for Equitable and Sustainable Development, is a partnership between Dutch organizations working on land governance. The partners are the International Development Studies (IDS) group at Utrecht University (leading partner), African Studies Centre, Agriterra, the Sociology of Development and Change (SDC) group at Wageningen University, the Land Portal Foundation, HIVOS, the Royal Tropical Institute (KIT), the Netherlands Ministry of Foreign Affairs, and Enclude Solutions.

Boost the focus of citizen conscience and sovereign agenda for local development promoting greater involvement and interaction between various national and international actors in favor of solidary and fair development of communities.

Rural Communities more actives in setting up priorities, definition, implementation and evaluation of action for their own development

ActionAid is an international anti-poverty agency whose aim is to fight poverty worldwide. Formed in 1972, for over 30 years we have been growing and expanding to where we are today - helping over 13 million of the world's poorest and most disadvantaged people in 42 countries worldwide.

Together with environmental justice and human rights groups from poor and developing countries, Both ENDS works towards a sustainable, fair and inclusive world.

The vision of Both ENDS is a world where long-term environmental sustainability and social equity take priority over short-term profits.