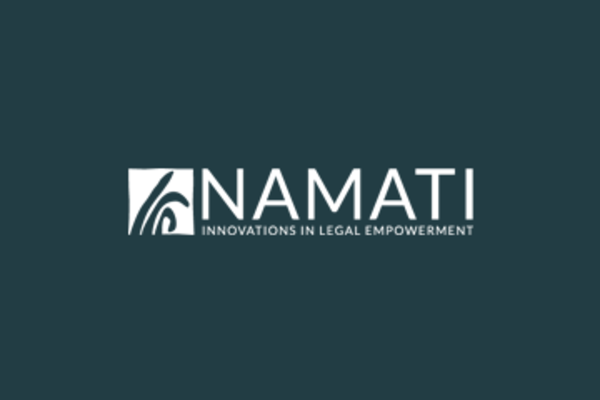 Sierra Leone’s new National Land Policy, recently approved by the cabinet, presents a progressive and ambitious plan for protecting land rights that will strengthen women’s access to land, give communities a bigger say over land management and create a better framework for major land investments. All of which is urgently in need if Sierra Leone’s future development is to benefit the entire nation.

Namati now calls on the Government to ensure its high ambitions are realized through effective implementation of the policy – based on continued partnership between government, civil society and development partners. All parties should also be prepared for resistance from those who will see the new policy as a challenge to their vested interests.

After more than five years in the works, the cabinet of Sierra Leone on 11 November 2015 approved the National Land Policy 2015.According to officials, the policy is the roadmap to a long overdue process of comprehensive land reform in the country.

In laying out the need for land reform, the policy notes that “the current situation in the land sector is not only chaotic, but also becoming increasingly unsustainable” and hopes to create a just land tenure system which will “ensure equitable access to land for all citizens and stimulate investment for the nation’s development.”

Sonkita Conteh, the Director of Namati, contributed numerous concrete proposals that were adopted by the Government during the development of the policy. He said: “The National Land Policy is an ambitious blueprint for a new direction in tenure rights protection and governance in Sierra Leone. It strengthens women’s access to and control over land; creates a binding framework for responsible, large-scale investments in land; situates land management structures at community level and brings certainty to land transactions with the introduction of a compulsory title registration system.”

The National Land Policy has benefitted from technical input from civil society organisations, government ministries and agencies and academic institutions. The provisions of the policy also reflect principles and best practices from the Voluntary Guidelines on the Responsible Governance of Tenure of Land, Fisheries and Forests, a globally endorsed framework for responsible tenure governance developed under the auspices of the Food and Agriculture Organisation. The United Nations Development Programme provided financial support to the policy development project.

Namati and its partners working on land, food security and environmental justice issues commend the Ministry of Lands, Country Planning and the Environment, members of the Steering Committee and Technical Working Groups for the steadfast leadership of and technical contributions to the drafting process.

“All of the good provisions in the policy would however amount to nothing if the government does not demonstrate the political will required to actually implement them,” added Joe Rahall, the Director of Green Scenery. “The new policy will challenge powerful vested interests in tenure governance who are prepared to resist the change that the policy brings,” he added.

Adoption of the policy should not be seen as an end in itself, but as a tool to improve the life and well-being of everyone. Effective implementation of the new land policy would require continued collaboration between government, civil society and development partners. Namati therefore urgesall concerned to put their hands to the plough and make the policy work.