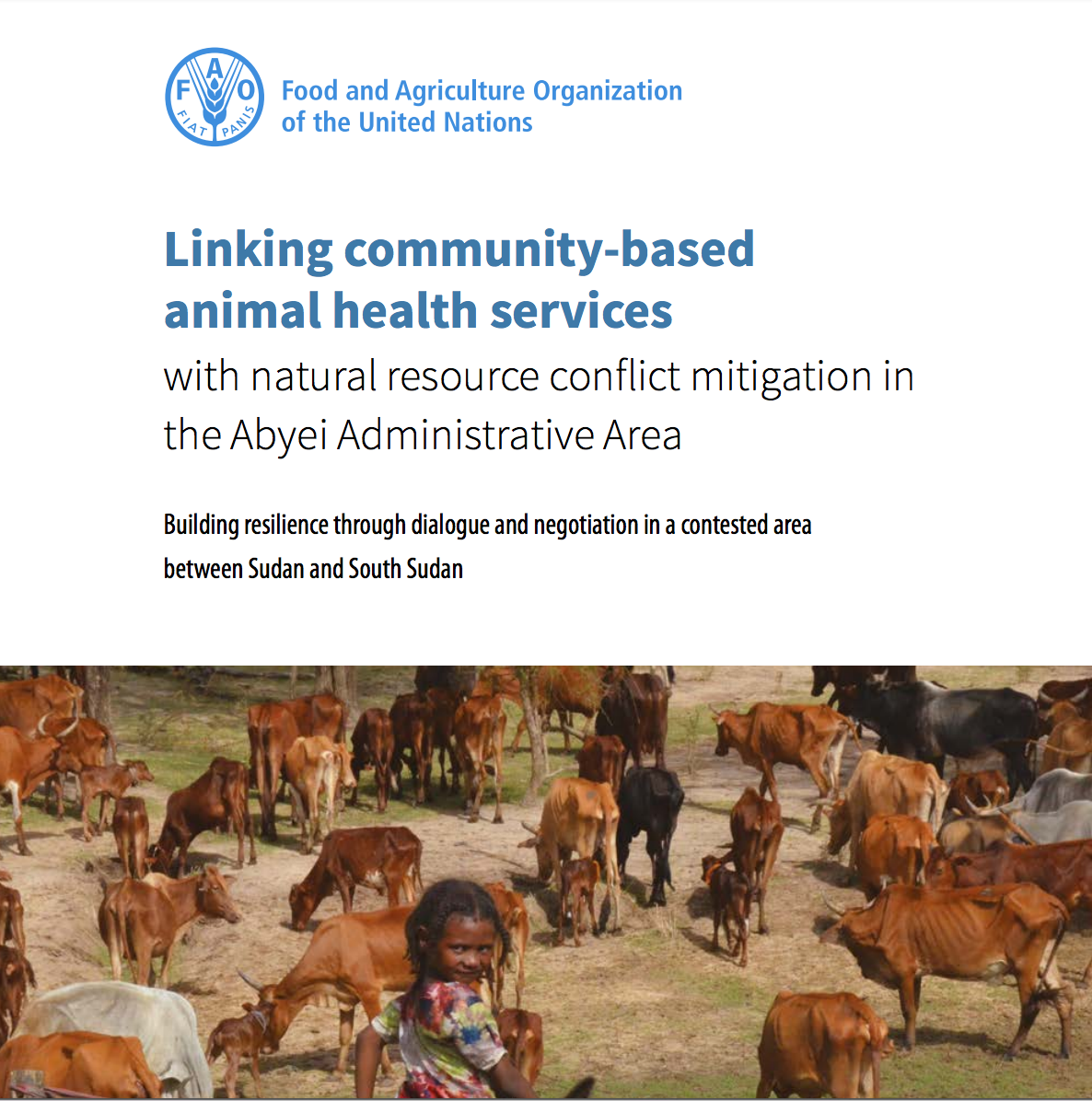 Date of publication:
juillet 2017
Resource Language:
English
Pages:
20
License of the resource:
Tous droits réservés
Copyright details:
FAO encourages the use, reproduction and dissemination of material in this information product. Except where otherwise indicated, material may be copied, downloaded and printed for private study, research and teaching purposes, or for use in non-commercial products or services, provided that appropriate acknowledgement of FAO as the source and copyright holder is given and that FAO’s endorsement of users’ views, products or services is not implied in any way.

The Abyei Administrative Area (AAA) is a contested zone located on the central border between South Sudan and Sudan. Its status has remained unresolved since South Sudan seceded from Sudan in 2011, and the governments failed to agree on the border division. A United Nations peacekeeping mission, the United Nations Interim Security Force for Abyei (UNISFA), has since monitored the situation. It is entrusted with overseeing demilitarisation and maintaining security in the area.

The AAA represents a grazing hub in which both the Dinka Ngok (affiliated with South Sudan) and the Missiriya (affiliated with Sudan) tribal communities interact, sharing natural resources such as grazing land, pastureland and water. In the past, access to natural resources was regulated by customary laws within the traditional tribal system, which helped to maintain and strengthen peaceful relations between the two groups.

However, in recent years, the AAA has been the subject of confrontation, leading to frequent outbreaks of violence. Over the past four decades, access to natural resources has been increasingly contested, drawn along ethnic lines between Dinka and Missiriya communities. The tension has been exacerbated by an ongoing power struggle at national level between and within the ruling parties of the Sudan People’s Liberation Movement/Army (SPLM/SPLA) and the National Congress Party (NCP) of Sudan.

Against a backdrop of decades of chronic underdevelopment, wider conflict and poverty, this protracted crisis continues to undermine livelihoods and cooperation between groups in the AAA. Furthermore, a temporary joint administration between Sudan and South Sudan, the Abyei Joint Oversight Committee (AJOC), has become increasingly ineffectual, to the extent that UN agencies and non-governmental organizations (NGOs) are separately delivering most public services directly to Dinka Ngok and Missiriya communities.

Mistrust and lack of dialogue have been critical components of this conflict. FAO has played a key role in initiating and facilitating a process focused on dialogue and building social cohesion at grassroots level, contributing to wider sustaining peace initiatives. FAO identified a window of opportunity through the technical delivery of community-based animal health veterinary services (embedded in an agricultural livelihood support strategy), in an effort to improve inter-community relations and contribute to sustaining peace objectives.