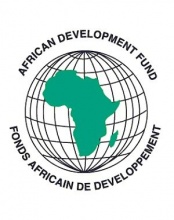 The African Development Fund (ADF) is the concessional window of the African Development Bank (AfDB) Group. Established in 1972, it became operational in 1974. Administered by the African Development Bank, it comprises, to date, 32 contributing countries and benefits 38 countries. The 38 ADF-eligible countries include those that are increasing their economic capacities and heading toward becoming the new emerging markets—as well as those that remain fragile and need special assistance for basic levels of service delivery. The ADF has the challenge of having nearly half its client countries as fragile states, and facing a situation where even stable economies can become fragile due to a single internal or external shock.

The ADF contributes to poverty reduction and economic and social development in the least developed African countries by providing concessional funding for projects and programs, as well as technical assistance for studies and capacity-building activities. The Fund has cumulatively invested UA 29.4 billion (USD 45 billion) over its 44 years of operationalization on the African continent.

The overarching objective of the African Development Bank (AfDB) Group is to spur sustainable economic development and social progress in its regional member countries (RMCs), thus contributing to poverty reduction.

The Bank Group achieves this objective by:

The consultative workshop, which took place 27-29 March 2006 at the United Nations Conference Centre (UNCC), Addis Ababa, was the first step in the process of developing a land policy framework and guidelines.

In view of the importance of land to Africa’s social, political and economic development, as well as sustainable resource management, AU/NEPAD, ECA and ADB, under the leadership of the AU Commission, agreed to work jointly during 2006-2007 to develop a land policy framework and guidelines, as well as the modalities for its implementation at country, regional and continental levels.