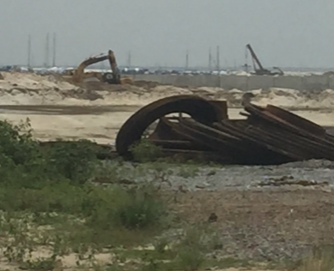 In Nigeria, the recurring impoverishment and other negative socioeconomic impacts endured by landholders affected by expropriation are well-documented and call into question the Land Use Act’s (LUA) effectiveness in protecting local land rights. The World Bank’s Land Governance Assessment Framework found that, in Nigeria, “a large number of acquisitions occurs without prompt and adequate compensation, thus leaving those losing land worse off, with no mechanism for independent appeal even though the land is often not utilized for a public purpose”. Such negative outcomes may be due to a number of factors, including corruption, limited capacity, and insufficient financing as well as Nigeria’s weak legal framework. According to a recent study of compensation procedures established in national laws of 50 countries, Nigeria’s compensation procedure lags behind many of the countries assessed because the LUA mostly fails to adopt international standards on the valuation of compensation. This article examines Nigerian expropriation and compensation procedures in more detail by combining both an in-depth legal analysis of Nigeria’s expropriation laws as well as survey and qualitative research that indicates, to some extent, how expropriation laws function in practice in Nigeria. Based on our legal assessment, surveys, and interviews with both government and private sector officials involved in the LFTZ, we found that the Nigerian government failed to comply with international standards on expropriation and compensation, both in terms of its laws and its practices in the LFTZ case. This article expands our conference paper written for UN Economic Commission of Africa Conference on Land Policy in Africa, which took place in Addis Ababa, Ethiopia in November of 2017. Under Nigeria’s LUA, affected landholders are not granted the right to participate in expropriation and compensation decision-making or otherwise be consulted on matters affecting their land and livelihoods. In 2004, the LUA enabled the Lagos State government to set aside 16,500 hectares of expropriated agricultural land from Lagos coastal communities to develop the Lekki Free Trade Zone (LFTZ). Following the expropriation, the Lagos State Government (LSG) and Lekki Worldwide Investment Limited signed a Memorandum of Understand (MOU) with nine affected communities in 2007. The MOU is a legally binding document that promises compensation, alternative land, jobs, healthcare, and educational opportunities to the communities affected by expropriation. However, our research suggests that the MOU has not been fully honored. According to a survey of 140 affected households conducted in August 2017, the government still had not paid sufficient compensation to all affected communities or had not yet provided them with suitable alternative land, jobs, equity shares and other entitlements promised by the MOU. While there are several reasons why the MOU has not been honored, this article mainly focuses on the failure of the LUA to establish binding obligations on government officials to compensation, resettle, and reconstruct the livelihoods of affected landholders. This article argues that the LUA must be reformed so that, whenever land is expropriated for development projects, the government and private sector entities (i.e., acquiring bodies) have a legal obligation to provide sufficient and prompt compensation, alternative land, jobs, equity shares, and other entitlements to affected landholders. Moreover, the LUA should obligate the government and acquiring bodies to follow a transparent and participatory process when expropriating land and compensating communities so that, if properly enforced, the reformed LUA can mitigate the risks commonly associated with expropriation, including landholder impoverishment, displacement, food insecurity, and conflict.

The legal data collected for Nicholas Tagliarino's dissertation and posted on Land Book examines whether national expropriation, compensation, and resettlement laws in developing countries are adopting international standards designed to secure tenure rights and ensure responsible land governance. The analysis conducted for this dataset is based on Section 16 of the UN Voluntary Guidelines on the Responsible Governance of Tenure, which establishes standards on expropriation, compensation, and resettlement.