Most of the world’s land is still stewarded by communities under customary systems. Billions of people rely on communally managed farmland, pasture, forests and savannahs for their livelihoods.

This collective management of resources is viewed in the colonial or capitalist economic model as an obstacle to individual wealth creation and private profit.

Countries like Papua New Guinea are therefore encouraged by outsiders to convert customary land into private property, often with the promise of attracting investment and development.

These schemes pose a threat to both people and the environment. Customary land provides a home for the majority of our population and is the basis for rural livelihoods and local economies. Customary land also provides an essential social system and supports our customs and PNG Ways.

FACT:  Investment in production, processing, and marketing can all improve the livelihoods of rural people without alienating their land

It is falsely argued that land must be made available to attract private investment to drive local development. Yet, as we have seen in PNG, attracting private investment for the extraction of natural resources or expansion of industrial agriculture is not an effective development strategy and indeed can have devastating human and environmental consequences.[1]

There are many better paths for the government to follow to support development that don’t require privatizing the land.

The government should encourage and support private investment that can improve the production, processing, and marketing of goods produced by local people without alienating their land.

Investing in domestic trade, storage, and processing of agricultural and forest products, promoting high value export commodities such as chocolate, processed coconut oils and vanilla, establishing in-country processing of wood rather than exporting round timber. None of these activities require changes to existing customary land tenure systems and can be the focus of investment promotion by governments.

Fact:  Rural people do not need to risk their customary land as collateral to borrow money and if they do, they risk losing their land to the banks

Some officials claim customary land is ‘dead capital’ and that creating private titles will reduce poverty by allowing landowners to use their land as collateral to borrow money they can invest in increasing their incomes.

Yet, research shows that when farmers with limited resources received a private title, banks remained largely unwilling to offer them credit or loans.[2]

Furthermore, using titled land as collateral makes it possible for banks to legally take over the land if farmers experience a difficult harvest and are unable to pay back their loan or mortgage.[3]

In PNG we already have several micro-banks serving the rural sector with loans, access to bank accounts and financial literacy training.

Government support should be directed towards the expansion of the micro-banking sector and more financial literacy and small-business training to help rural people build their own local and sustainable businesses.

Fact:  Customary land alienation in PNG has not generally delivered positive development outcomes and has caused social and economic displacement and environmental destruction

There is little evidence, either internationally or in PNG that replacing customary land tenure with private titles leads to development.

The report ‘From Extraction to Inclusion’[4] shows how PNG’s development outcomes have either declined or stagnated over the last forty-years despite the major foreign investment in large-scale mining, logging, oil and gas projects and oil palm plantations that have all been established on what was previously customary land.

The report explains the reasons why the large-scale extraction of natural resources has failed to deliver promised development outcomes and how the government should instead focus on protecting and supporting customary land tenure and invest in local farmers and rural production. Putting people back at the centre of development is the best way to improve their lives and livelihoods. 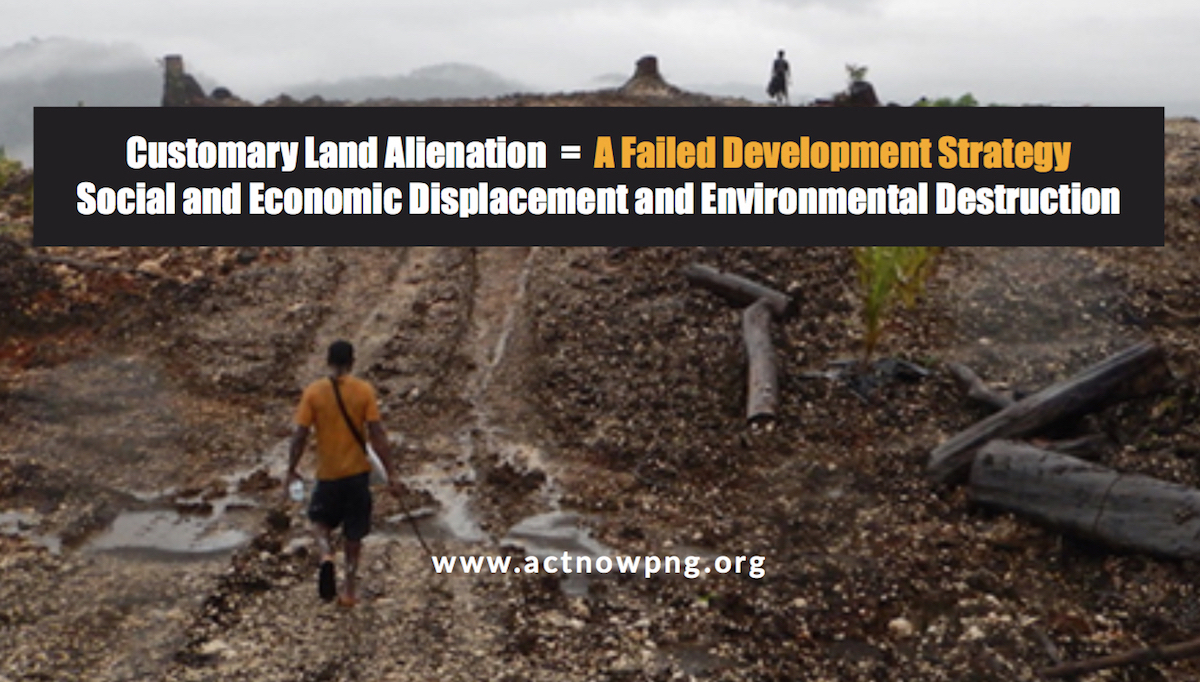 FACT:  Creating private land titles allows a few people to increase their wealth at the expense of the majority

Another commonly advanced myth is that privatising land will create land markets that will help overcome inequalities in access to land.[5]

This is untrue; around the world the “creation” of land markets has been repeatedly found to solidify existing inequalities in access to land.[6]

Land markets are in fact purposefully designed to restrict poor and rural people from access to land. Within a market system where land is just another commodity, corporations and wealthy individuals can price local people and farmers, who rely on land for their livelihoods, out of the markets. Globally, this has resulted in growing landlessness and concentration of control of land in the hands of a few.

Worldwide, the largest one percent of farms now operate more than 70 percent of the world’s farmland. In South Asia and Latin America, the top 10 percent of landowners own approximately 75 percent of all agricultural land while the bottom 50 percent own less than two percent.[7]

FACT:  Research shows group rights are more effective than individual titles and customary land has proven to be highly resilient, long-lasting and strong

Customary land registration and other privatisation schemes are often promoted through the false notion that customary and collective land tenure systems fail to provide tenure security. Yet, global evidence refuting this myth has been abundant for decades.

The first USAID country land tenure profiles from 1986 noted: “African countries with relatively good production records over the last twenty years have achieved them under remarkably diverse set of tenure arrangements, in which customary tenure figures prominently.”[8] In 2011, the European Union Task Force on Land stated: “land titling is not always the best way of increasing tenure security, and nor does it automatically lead to greater investment and productivity. In many places, land is held through unwritten, customary means, but it is not subject to insecurity.”[9]

After years of efforts to privatise land, the World Bank itself recognized in 2019 that safeguarding customary land rights should be a “development priority.”[10] The Bank also acknowledged that customary land has proven to be “highly resilient, continuous and flexible.”

FACT:  The privatisation of land is geared towards serving corporate profits at the expense of local people and improving livelihoods

The privatisation of land is not about helping local famers, fighting poverty or improving livelihoods. Indeed, the process of transitioning customary land into private titled land will result in greater landlessness and land concentration.

Rather than promoting development, land privatisation efforts are just another avenue for further colonisation and exploitation of natural resources for the benefit of private interests and multinational corporations. They pose a threat to rural livelihoods and the environment and will further the climate crisis. 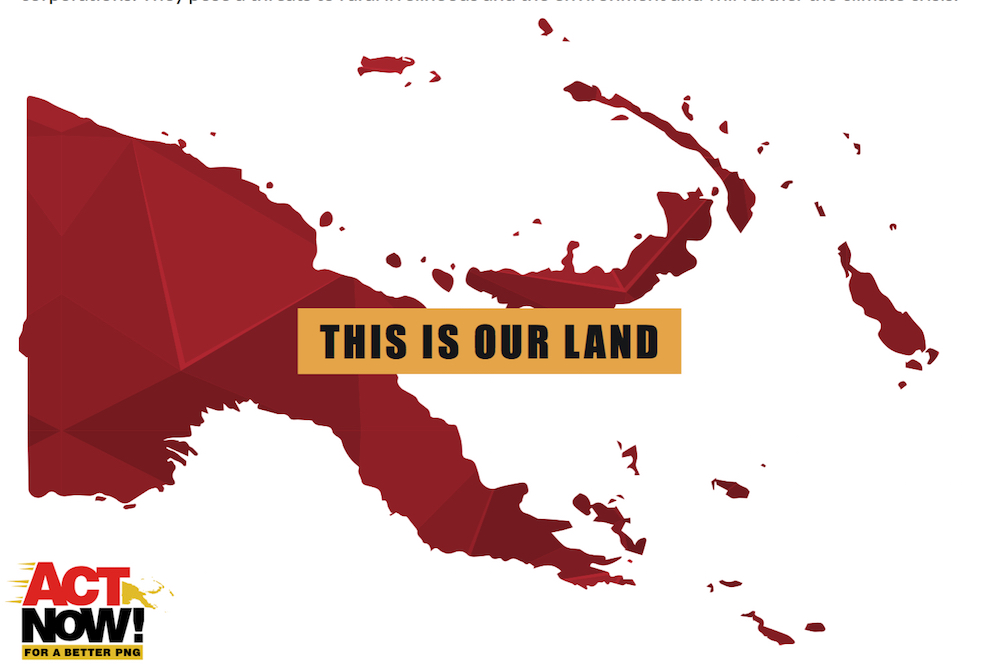 This article is based on 'This Is Our Land', an Oakland Institute pamphlet available at: https://www.oaklandinstitute.org/our-land-why-reject-privatiza on-customary-land