If there’s one thing we learned from January’s historic Women’s March, it’s that women are fed up of waiting. More than 3 million people – of all genders – marched worldwide for women’s rights, spurred on by US President Donald Trump’s misogynistic remarks and the growing backlash against women’s human rights around the world.

It is predicted that it will take another 169 years for the gender pay gap to close. Across the globe, some 225 million women are unable to choose whether or when to have children. Each year, about 47,000 women die as a result of unsafe abortions. An estimated 35% of women worldwide experience physical or sexual violence. In politics, only 23% of all national parliamentarians are women. And 700 million women alive today were married before they were 18 years old.

With so much left to be gained, women and girls around the world are saying enough is enough.

Here are seven Women’s Human Rights Defenders who are battling on the frontline to claim their rights, refusing to wait in the face of injustice, and often paying the price of freedom in the process.

They won’t wait any longer for women’s rights to become a reality. And neither will we. How about you? 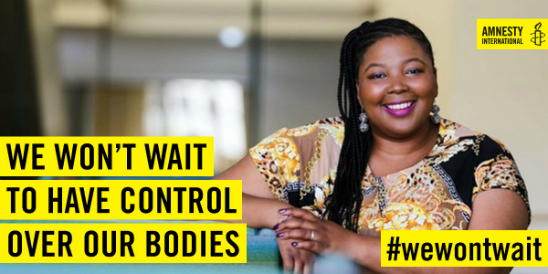 Tlaleng is a force to be reckoned with. A medical doctor in South Africa, she fearlessly advocates for sexual health as a radio presenter, spreading her message far and wide.

'I won’t stop until the right of women to have an abortion is respected and provided for safely,' she says.

'In South Africa, women die every year due to unsafe abortions, yet politicians think they can use women's reproductive rights as a political ping pong ball.'

Tlaleng is also challenging rape culture, and championing the drive to get health practitioners to treat patients with respect and without discrimination – a true human rights defender, like all the women featured here.

Karla Avelar – She won’t wait… while refugees are denied safety

Karla Avelar is a survivor. She’s made it through gang attacks, murder attempts and prison in El Salvador. Today, she heads Comcavis Trans, which supports LGBTI people, all of whom face threats and violence in El Salvador. Their situation is so difficult in the country that many flee as refugees.

Through Comcavis, Karla provides information and other support to help them on what is often a treacherous journey that normally takes them to the USA or Mexico.

But the US’s hardline stance on refugees and migrants entering the country has thrown these LGBTI refugees into even greater jeopardy – something Karla is now tackling with energetic defiance. 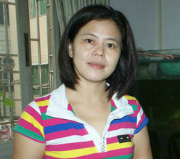 Former school teacher Su Changlan’s story is not unique. One of her closest friends says that hers is the story of many women in China. She couldn’t stand by when she heard about girls trafficked as brides or parents whose children had gone missing. She did her best to help them and many others, her activism extending to land rights issues and support for pro-democracy protests in Hong Kong.

She did all this knowing that she might have to sacrifice her freedom in the process. Sadly, this is just what happened. She has been detained by the authorities since 2015.

'I hope that parents do not despair about searching for their missing children. We, civil society, should work together to help them reunite with their children. The government should also invest more in these efforts instead of hindering our work!' 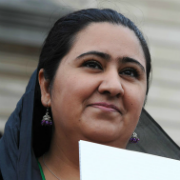 Since 2004, Samira Hamidi has been blazing a trail for women in Afghanistan. As Chairperson of the Afghan Women’s Network (AWN) she has actively tried to ensure that women’s voices and concerns are represented at the highest levels of government.

At the same time, she is a staunch advocate in the international arena, reminding governments and potential aid donors that promoting and securing women’s rights in Afghanistan must be part of any conversation they may have with the country’s leaders.

She faces a steep road, but she remains undaunted, championing other women human rights defenders, ensuring that their concerns are amplified.

Women should be given an equal opportunity to make a better Afghanistan.

Until recently, she was John Jeanette, her name signifying the dual identity she was forced to accept every day in Norway.

Although this former submarine commander felt her future could only be female, Norwegian law did not allow her to change her legal gender without undergoing a compulsory 'real sex conversion'. This would have involved having her reproductive organs removed, as well as a psychiatric diagnosis.

She refused to put herself through any of this. As a result, her driving license, passport, medical prescriptions, even her library card, still referred to her as male. She campaigned hard against Norway’s abusive law and her actions, alongside those of her supporters – including Amnesty – scored a huge victory.

In 2016, Norway finally adopted a new law on legal gender recognition, which allows transgender people to choose their gender. Today, in acknowledgement of this milestone, she has changed her name to Jeanette John. 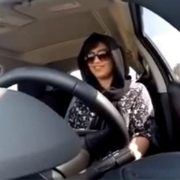 Fearless and formidable, Loujain defied Saudi Arabia’s driving ban and faced the consequences. In November 2014, she was detained for 73 days for live-tweeting herself driving into Saudi Arabia from the United Arab Emirates.

Released in February 2015, she went on to stand for election in November that year – the first time women were allowed to both vote and stand in elections in the state.

However, despite finally being recognised as a candidate, her name was never added to the ballot. Today, she continues her fight to create a better future for her fellow Saudis – one where women enjoy their rights as full citizens of their nation.

'I will win. Not immediately, but definitely.' 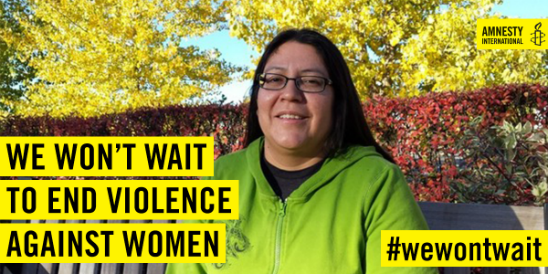 Connie Greyeyes is an 'accidental' activist. An Indigenous Cree woman living in the province of British Columbia in Western Canada, she realised that a shocking number of Indigenous women in her community had gone missing or had been murdered.

She began organising to support the families of these women and took the demand for a national inquiry to the Canadian capital in Ottawa. According to official figures, more than 1,000 Indigenous women have gone missing or been murdered in Canada in the last three decades.

The efforts of Connie and many other Indigenous women across Canada have borne fruit, with the Canadian government finally announcing an inquiry in 2016.

This blog was originally posted on the Amnesty International website.