The ability to own land and access natural resources allows women to secure food for their families, increase their agricultural productivity and livelihoods, and help drive local economies. Land rights empower women to have a say in matters that affect their lives, families and communities — everything from deciding what crops to plant to investing in children’s education and health. They also position women to be change agents in protecting natural resources and enhancing communities’ resilience to climate change.

Yet despite making up more than half of the world’s 3 billion rural people, merely 14% of agricultural landowners globally are women. Even in indigenous groups that have formally recognized “community ownership” of land and resources, women’s land rights are seldom acknowledged. An analysis of 80 legally established community-based tenure regimes in Asia, Africa and Latin America found that less than a third explicitly extend community membership rights to women.

Women in many rural communities typically access lands and natural resources through their husbands, fathers or other male relatives, putting them in a precarious position if their marital status changes. Not owning land hampers women’s ability to cope during times of crisis. For example, they may be unable to obtain loans without land in their name to provide as collateral. In some countries, landless women who work as seasonal agricultural laborers were left out of social protection measures and economic relief during the COVID-19 pandemic due to their informal status.

But despite grim global statistics, there are some communities where women have managed to secure their rights to communal lands and resources, including forests and rangelands. A new paper from WRI and Resource Equity (RE) analyzes five communities from different parts of the world that offer lessons for others:

The five communities vary in geography, culture and context, comprising of formally registered forest community collectives in Cameroon and Nepal, indigenous forest communities in Indonesia and Mexico, and a pastoral tribal community in Jordan. In each case, the community benefitted from two critical aspects: first, legal and social recognition of women’s rights to communal lands; and second, social and economic empowerment of women so they can claim and exercise their rights.

Rights to communal forests are sometimes held by community associations or user groups. Legal mandates to include women not just as members, but in management committees or other governing bodies allows them to exercise their rights more fully.

This is illustrated in the Boomabong and Pouth-Ndjock Community Forest, or BOPO CF, a legally recognized community forest formed by two chiefdoms in Cameroon’s Littoral Region. Customarily, rights to land in communal forests are given to the male head of household and passed intergenerationally along the male line. Women work on the land held by their husbands, providing the bulk of the farm labor and selling the produce they harvest. They are also responsible for gathering fuel wood and plants from the forest.

Spouses typically decide jointly what to plant and how to use the proceeds, but husbands retain the power to make all major decisions. Women are also excluded from access or decisions relating to certain forest resources, such as timber. They have limited opportunities to participate in projects, such as forest management trainings, and limited access to tools and technology, such as machetes and saws, that might assist in generating greater income from forests.

But when the two chiefdoms joined to form BOPO CF, men ceded part of their household forestland to the CF association. The forestry law and guidelines require the CF association to include all segments of the community, including women, youth and minority groups. All members could be elected to the executive committee and consulted about management of the community forest. The rules enabled women not only to hold rights to communal forests, but also to actively engage in their governance. With help from NGOs that conducted training on legal rights and gender inclusion, women gained the confidence to run for positions in the executive committee. Currently, women comprise 40% of the CF association and five out of seven members of its executive committee.

Additionally, any decision relating to the management of the CF must include the women of BOPO. Their participation in decision-making has translated to projects that are beneficial to them and the whole community, such as the installation of solar panels and community wells.

Where women are members of forest user groups or associations, economically empowering them is another way of ensuring that they can actively engage.

This is demonstrated in Banpale community forest user group, which consist of households from four hamlets in the Annapurna Municipality in Gandaki Province, Nepal. Formed in 1994, it was not until 2001 that women became formal members of the Banpale community forest user group, when new guidelines required that each member household be represented by one male and one female. In 2009, gender quotas set by another amendment opened the executive committee to women and lower caste groups.

But membership rights and gender quotas did not automatically empower women to engage in the user group. One key to building their confidence to participate and to shifting men’s attitudes towards women’s participation was increasing the material and financial contributions women made to the community.

Several interventions helped, including a donor-funded women’s forest livelihood enterprise, where women successfully processed, marketed and sold wild hog plum fruit. The collective enterprise provided income not only to the women and their families, but also to the community. The men even asked to join the business, and it has since become a community-wide enterprise. Community members are now planting more trees to expand the business, helping increase forest cover.

Women’s enhanced confidence and status paved the way to actively speaking up in the forest group’s executive committee and community affairs.

Where cultural norms bar women from membership in formal groups such as community associations, sensitizing the community about gender can help ease restrictions. 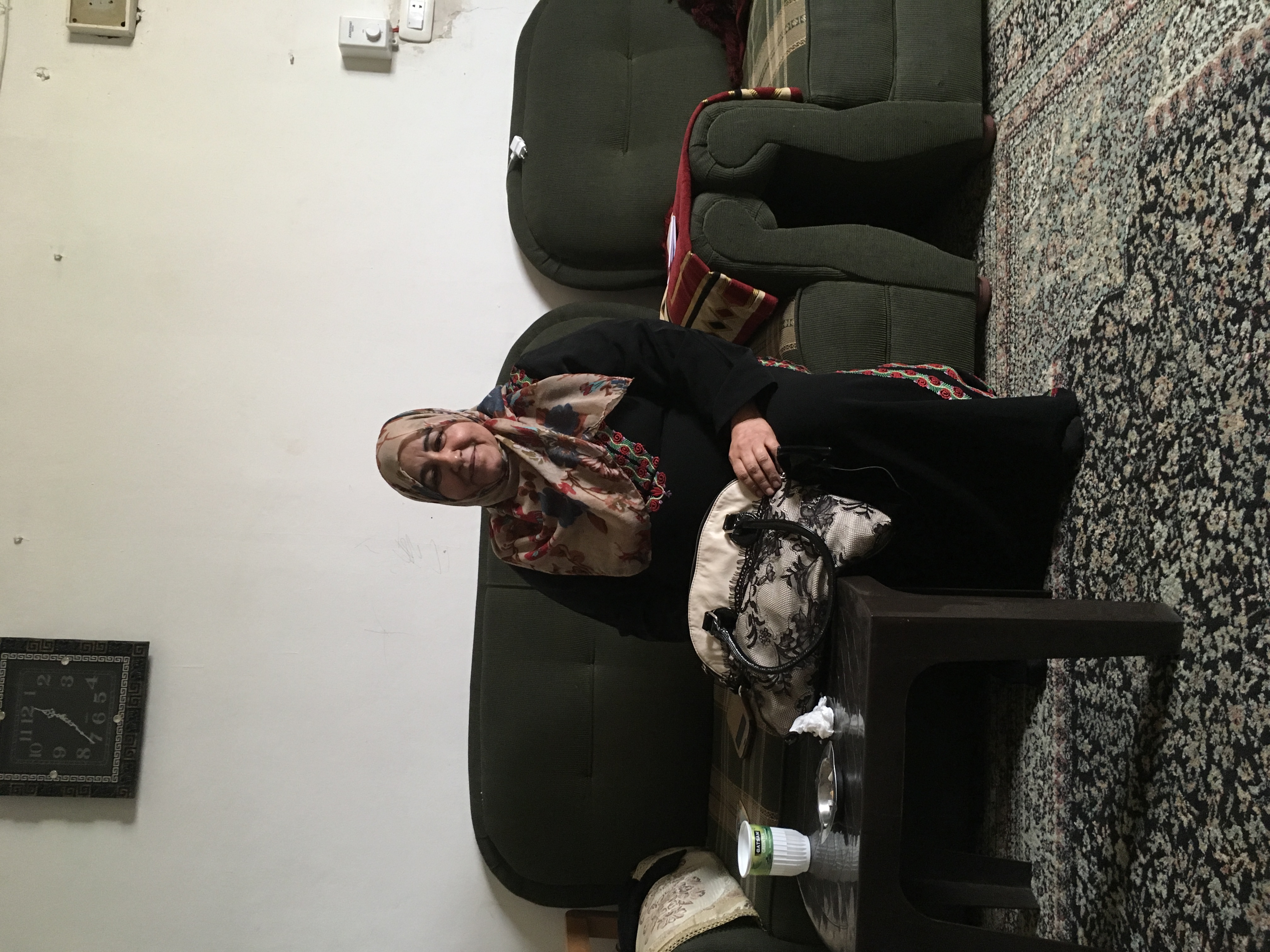 This is exemplified in Bani-Hashem in the northern highlands of Jordan. A government and donor-led initiative granted four Bedouin communities exclusive land rights to restore degraded rangelands using the hima system, a traditional rangeland management system akin to community-based natural resource management. The initiative required the four communities to manage the Bani-Hashem hima through a pasture association led by an executive committee. Traditionally, women are excluded from pasture associations because of cultural norms barring them from working outside the home. Women are traditionally responsible for grazing livestock — which is considered part of household duties, and therefore not work outside the home — while men make decisions about marketing, buying and selling of animals and animal products.

The Arab Women’s Organization (AWO), an NGO, proposed to the donor an initiative to raise awareness about the benefit of including women in pasture management under the hima system. They worked with the tribal leader and a respected senior woman in the community to help both men and women understand the value of including women in pasture management. Their main message was that women knew much about the land given their day-to-day use of it in grazing livestock and collecting natural resources like herbs. Therefore, their skills and knowledge were crucial for improving community livelihoods and reviving degraded pastureland.

The AWO deliberately avoided connecting the discussion to religion or rights under the Shariah, knowing it would threaten men and close the doors to change. Coupled with an AWO-organized women’s collective enterprise — herbal tea production and marketing, which allowed women to contribute financially to the household and community — attitudes towards women’s inclusion in the pasture association shifted. As members of the association, women’s first-hand knowledge of pasture management has helped regenerate vegetation on the land.

Sometimes policies and laws provide women with equal rights to communal lands, but custom and lack of experience prevent them from assuming governance roles. Active participation in civic affairs can help build their capacity to lead.

This is shown in La Trinidad Ixtlán, a Zapotec community in Oaxaca, Mexico that was recognized as an indigenous community (comunidad) in 1949 and formalized its land rights in the 1990s. Although the law allows men and women to be formal members of the community, in practice, most of the formal members (comuneros) and those classified as residents (avecindados) of La Trinidad are men. Women customarily accessed communal lands through their husband or father. 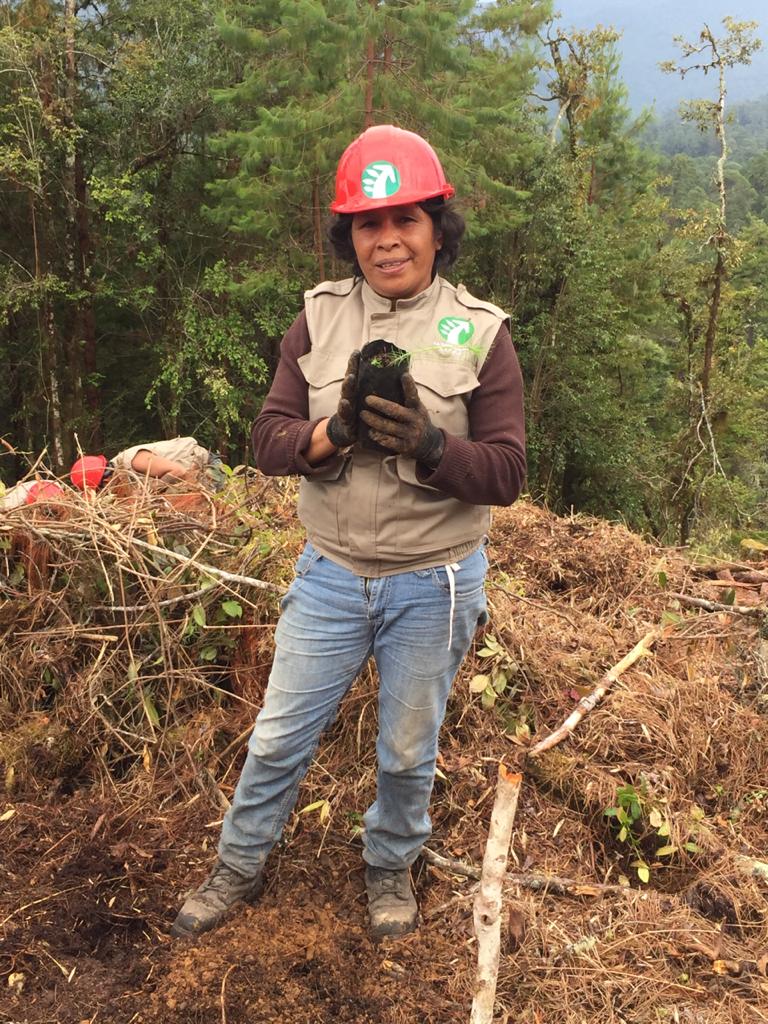 Only those who are members or residents can run for positions in the community’s executive bodies. There’s also a customary practice in which one must first serve in lower posts and then gradually move up to more senior posts in executive bodies. Hence, not only is there a small pool of women eligible for office, the ones who are eligible are disadvantaged by their lack of experience, having become members or residents much later in life than men.

Yet in recent years, more women have begun the process of formal membership in the community and are seeking more engagement in communal land governance. To overcome the hurdles — especially the lack of experience — women are ramping up their involvement in the community by participating in working groups and auxiliary committees created by the community governance bodies. This includes helping manage community affairs — such as by participating in school, health, supply and social action committees — and taking on forest jobs, such as technicians. Women are gaining the exposure and experience needed to secure higher office in the future and shift the mindset on their leadership capabilities.

This is the case in Gajah Bertalut, an indigenous community in Sumatra, Indonesia that belongs to the Minangkabau ethnic group. The Minangkabau is a matriarchal society that practices a matrilineal inheritance system, where ancestral land is passed down from mother to daughter. As the primary land rights holders, women have a significant say in managing land and household finances, although they typically share decision-making with their husbands. 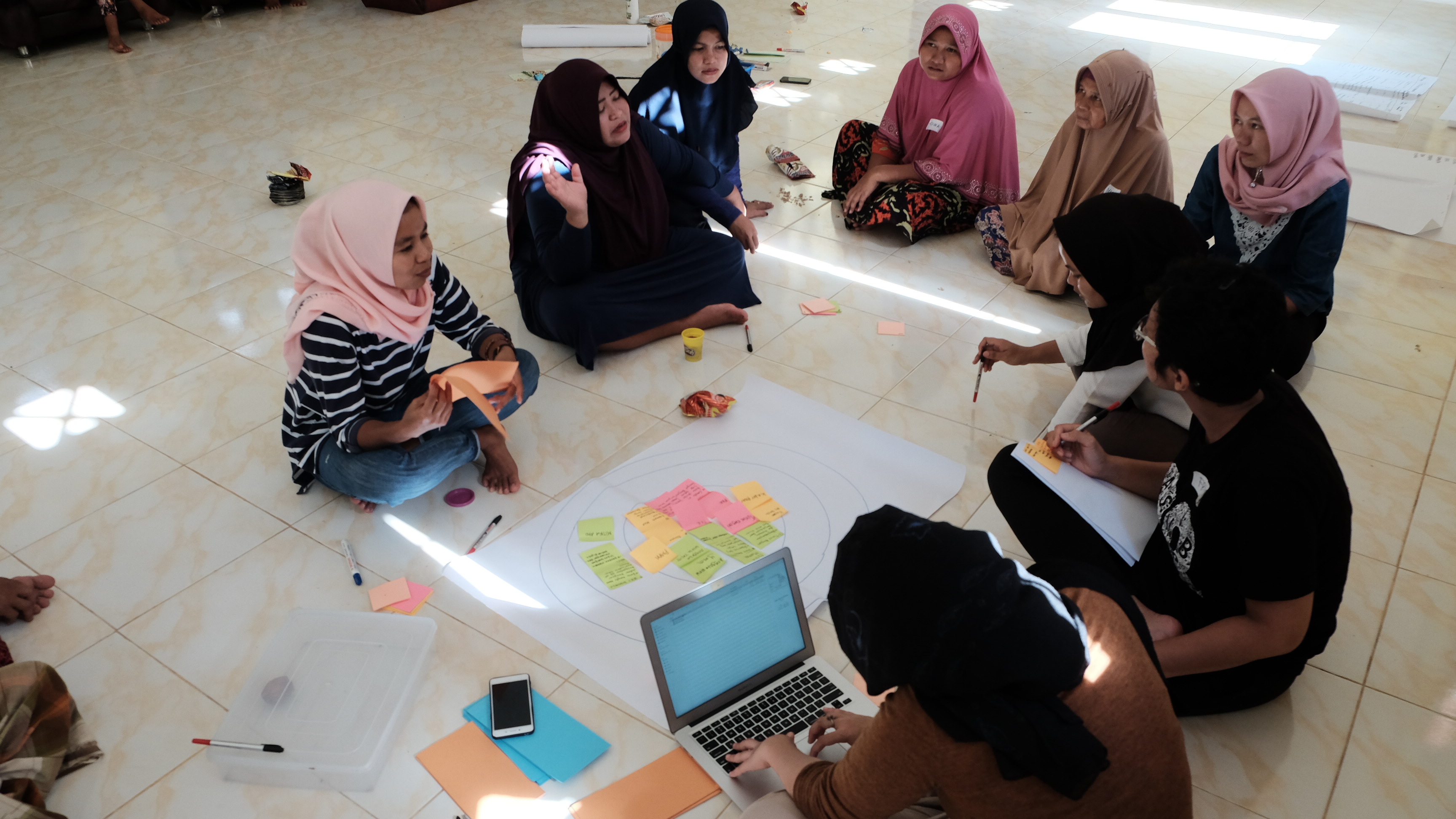 These customs oftentimes protect women’s land rights when laws do not. Indonesia’s national laws recognizing indigenous land and natural resource rights are gender-neutral. Where women don’t have land rights or only have secondary rights derived from their husbands or male relatives, they stand to lose from gender-neutral laws. This is not only because formal titles are generally granted to men as the head of household, but also because formalizing leads to the erosion of customary institutions that protect those with ancillary rights, such as women. Women are also typically left out of benefits and services that accrue from formal ownership, such as training and extension services, and don’t get a say in dealings with investors or third parties. Positive customary norms thus provide women stability in the face of laws that might otherwise disadvantage them. On the other hand, when space is opened by a law setting gender quotas in community governance bodies, women have the status and social acceptance to grab the new opportunity provided.

As the global community seeks to rethink current ways of doing things to meet the multiple crises facing the world today, policymakers and the development community can draw from the examples provided. By strengthening women’s land rights, we can ensure more equitable and sustainable land governance systems.

Sustainable land governance requires that all members of a community, both women and men, have equal rights and say in decisions that affect their collectively-held lands. Unfortunately, women around the world have less land ownership and weaker land rights than men – but this can change, and this report shows ways how that can be done.