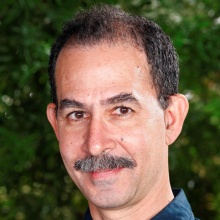 David Kaimowitz leads the foundation's work on natural resources and climate change. His grant making has focused on giving poor rural families greater access to and control over forests and other natural resources, with a particular emphasis on indigenous peoples. He has done grant making both in support of global projects and in the Mexico and Central America region.

Before joining the foundation in 2006, David was director general of the Center for International Forestry Research (CIFOR) in Bogor, Indonesia. CIFOR is one of the world's most prominent research centers concerned with tropical forests and is affiliated with the Consultative Group on International Agricultural Research. Prior to becoming director general, David worked at CIFOR as a researcher, specializing in issues relating to forestry policies and how nonforestry policies and trends affect forests and forest-dependent people.

David has also held professional positions at the Inter-American Institute for Cooperation on Agriculture in Costa Rica, the International Service for National Agricultural Research in the Netherlands, and the Nicaraguan Ministry of Agricultural Development and Agrarian Reform.

David has a PhD in agricultural economics from the University of Wisconsin, Madison, and has written or co-written seven books and published more than 100 scientific texts.