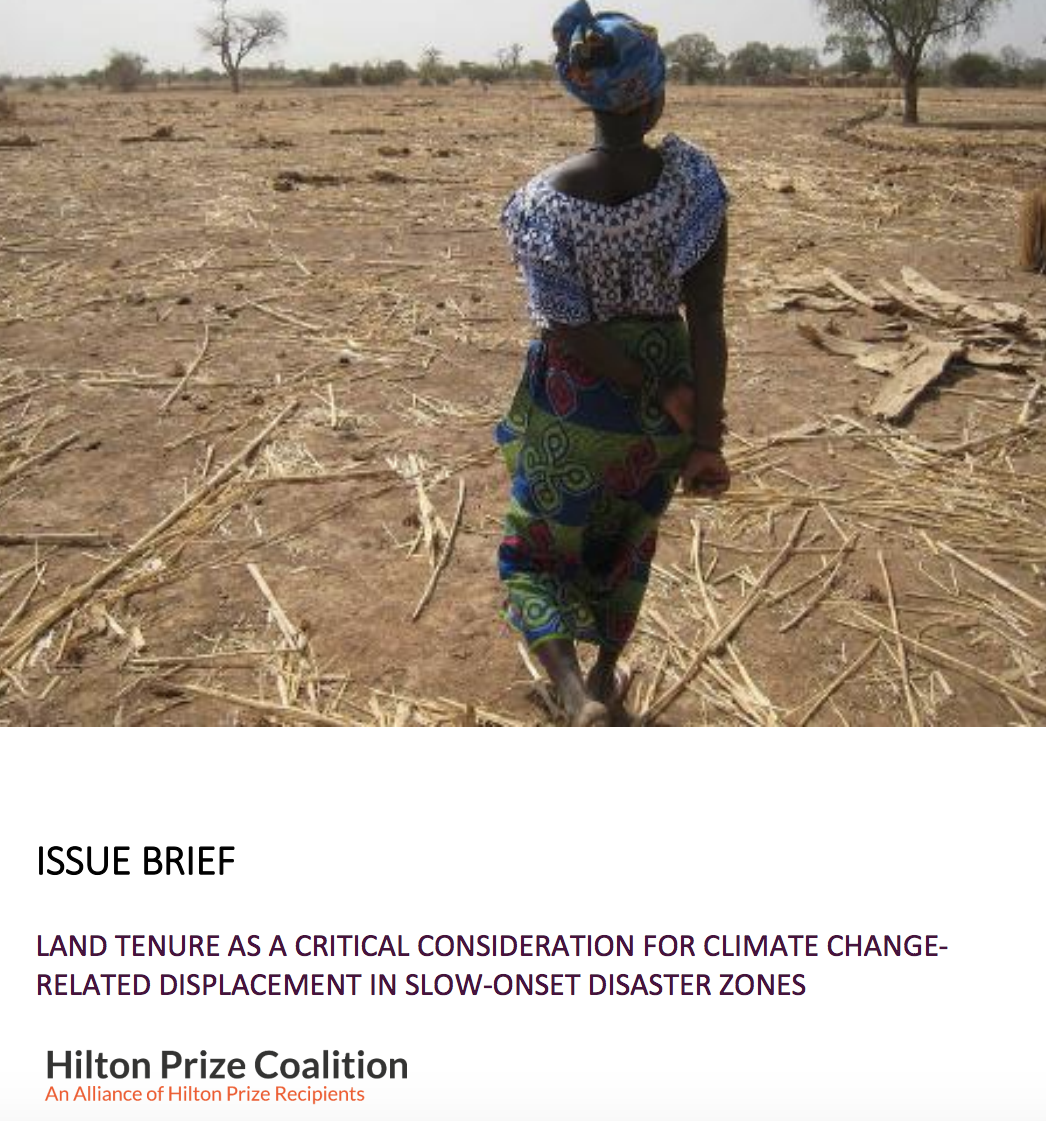 Slow-onset disasters, however, have a significant and lasting impact on a host of development issues, from food security to fast-paced urbanization. Landscape degradation, worsened by desertification and drought caused by climate change, affects an estimated 1.5 billion people: 42 percent of those who are very poor, and 32 percent of those who are moderately poor (Agostini and Connor, 2017, p. 1). Moderate or severe impacts of drought alone affect a striking 52 percent of agricultural land (Ibid). Drought and other slow-onset disasters cause reductions in agricultural productivity, which in turn spurs displacement and migration among the world’s rural people living in poverty.1

Weak or non-existent land rights further constrain choices available to rural people and communities in the face of changing environmental conditions (Mitchell, 2011, pp. 16, 42 and throughout). In addition, slow-onset disasters can disrupt existing land use and tenure patterns. While slow-onset climate change is affecting all areas of the world, African countries bear a significant portion of the impact (Berman, Quinn and Paavola, 2013). This brief highlights Uganda as one of the countries where slow-onset disaster has taken a toll in recent years. While the mitigation, adaptation, and prevention of slow-onset related displacement requires a holistic approach, this paper focuses on slow-onset climate change migration and displacement with a particular emphasis on land use, tenure, and rights related issues. Authors argue that when governments and the global development community better understand and address the interplay between land rights and slow-onset disaster, they will be better able to mitigate and address climate change impacts in coming years.