Community rights activist Eakachai Itsaratha recalls his brush with death after being abducted in southern Thailand.

Bangkok, Thailand - As an outspoken community rights activist in a country with one of the worst records of enforced disappearances in the region, Eakachai Itsaratha long understood that one day he too would become a target.

For years, Eakachai built a reputation in rural areas of Thailand for mobilising support against large-scale mining projects that threatened to destroy indigenous communities and the environment.

His most recent fight was against plans for a rock quarry in the southern province of Phatthalung.

Last month, as he was about to go into a public hearing on the project he was surrounded by a group of 10 men.

They dragged him into their vehicle, and as Eakachai heard one of them on the phone asking where he should be taken, he started to panic. Could this be the end?

Moreover, the United Nations says there have been at least 90 cases of enforced disappearance in the country since 1980. Most of those who have gone missing worked on environment and land rights, it said.Since 2003, at least 62 community-based rights defenders and lawyers have been killed in Thailand because of their work, according to Protection International, an NGO that supports environmentalists and human rights defenders.

According to the report, presented before the UN Human Rights Council this month by the Working Group on Enforced or Involuntary Disappearances (WGEID), Thailand ranks fourth in Southeast Asia after Indonesia. The Philippines is the worst offender with 786 cases since 1980.

In Thailand, the disappeared include Somchai Neelapaijit, a prominent Muslim lawyer and human rights activist, who is believed to have been abducted in 2004.

In 2015, Chai Bunthonglek, an activist who campaigned for land ownership in southern Surat Thani province, was killed - shot six times in his chest and head. The World Organisation Against Torture said Chai had been fighting against the development of a palm oil plantation. 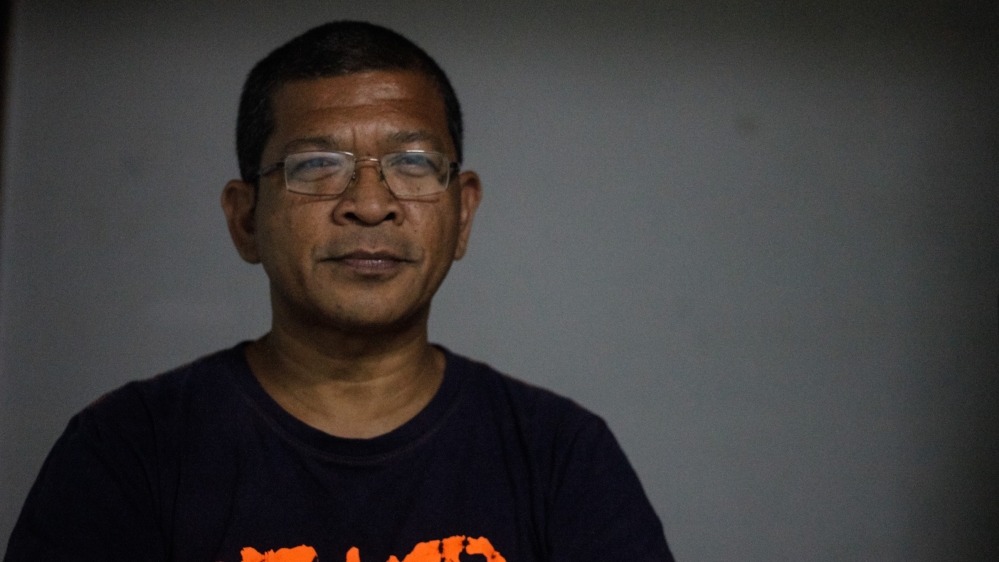 At the time of his abduction, Eakachai told Al Jazeera that he thought he would not come out alive [Caleb Quinley/Al Jazeera]

More recently, authorities found the remains of Por Cha Lee "Billy" Rakchongcharoen, a prominent ethnic Karen lands rights defender, who had not been seen for more than five years.

Billy's bones were found in the bottom of an oil drum, presumably burned to death. Experts say it is a method of killing that has been used for decades.

When the men seized Eakachai on August 5, he thought it was his turn to be disappeared, or worse.

"During the years of fighting against mining projects, I began to prepare myself that this could eventually happen to me. I prepared my mind and spirit for the possibility that I would be murdered. I accepted it and tried to be at peace with it," he told Al Jazeera in a recent interview at an undisclosed location.

Thai authorities should carry out an effective investigation, open to public scrutiny, into the abduction and intimidation of Eakachai Itsaratha, a community rights activist in Phatthalung province, @hrw said today.https://t.co/74BkzM5Fwr pic.twitter.com/Xpc9GsYrxi

Eakachai recalled that on the day of his abduction, he was driven to a resort about 13km (eight miles) away from the mosque where he had been taken.

His abductors then kept him inside a darkened room until they knew the public hearing where he was supposed to monitor was over. Inside the room, while he was neither blindfolded nor restrained, he was guarded by three men.

He also said that the men openly told him who ordered his abduction. In the hours that he was held, Eakachai said he did not think he would make it out alive and had already imagined how he would be killed.

He said sources from the community had told him those same men were connected to the killing of eight people involved in another dispute of a mining project two years ago.

Hours later, the men let Eakachai go on the condition that he would not report the incident to the police.

While it was not the first time that he had received threats, Eakachai said, the experience shook him.

Rights groups say the threats against Eakachai are indicative of a broader problem of how human rights defenders and environmentalists are singled out for taking on powerful companies.

Eakachai, who leads a network of land rights activists, said he took on the rock quarry case after a mining project affected his hometown in neighbouring Songkhla province.

"We saw that everything was covered in dust," Eakachai said describing the effects of the clearance blasts at the quarry site.

While the Phatthalung community largely rejects the proposed quarry project, Eakachai said, local residents are too afraid to speak out and protest."Then people started experiencing respiratory issues. More than the dust problem, over 500 houses had structural damage within three days from the rock clearing," he added.

Angkhana Neelapaijit, a prominent Thai human rights activist and the wife of still-missing human rights lawyer, Somchai, told Al Jazeera that there is a sense of fear among communities, because of the long history of assassinations and enforced disappearances.

"Most perpetrators are local influential people, or they are involved with state officials," she told Al Jazeera. "In many cases, the police and public prosecutors have decided to give up and no one has been brought to justice."

Thailand's police did not respond to Al Jazeera's request for comment on the allegations. The country's criminal code does not recognise enforced disappearance as a criminal offence.

But following a cabinet meeting on August 13, Thai Prime Minister Prayuth Chan-o-cha promised to "take care of the activists and journalists who were threatened." 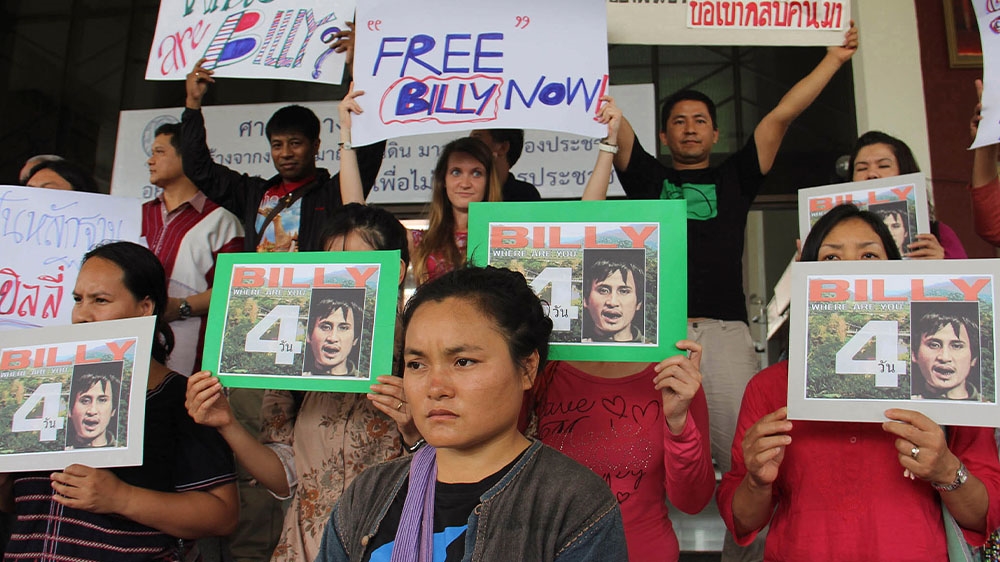 "It's so dangerous now with extrajudicial killings, enforced disappearances, and judicial harassment," she told Al Jazeera.

"For the corporations, it's about profit more than people. Then crimes go unpunished because there aren't effective mechanisms to hold perpetrators accountable," she explained.

According to a Global Witness report published in July, more than a third of the 164 recorded cases of land rights killings in 2018 were linked to the mining industry.

While none of the recorded cases in 2018 was from Thailand, there have been similar cases in previous years, including the 2014 disappearance of Por Cha Lee, whose remains were found this year.

Since his abduction in August, activist Eakachai has gone into hiding, after he was warned of more reprisals following his decision to report the incident to the police.

Eakachai also said that the police in Patthalung have been doing what they can with the limited resources that they have. Still, they have not provided him with additional security.

While he fears for his life, he said, it won't stop him from fighting for what he thinks is right.

"As long as society allows those things to occur we will never solve the problem."