The Congo Basin’s forests and peatlands are a major component of Earth’s life-support systems, and it is a key supplier of vital minerals needed to build a low carbon economy. The case for the people of the Congo to benefit from not exploiting these resources is irrefutable.

Few people, if asked to name the most strategic countries in the world, would place the Democratic Republic of Congo at the top of the list. But the natural resources of the DRC will be critical to the existential battle to save the planet.

The Congo Basin is the location of the world’s second-largest rainforest and holds its most extensive tropical peatlands, which sequesters billions of tons of carbon. It is also a key supplier of vital minerals needed to build a low carbon global economy, including most of the world’s cobalt production (an essential element in batteries for electric vehicles), copper, tungsten, tantalite and lithium.

Confidence in the DRC has been strengthened by signs that President Felix Tshisekedi has succeeded against the odds in marginalising his predecessor Joseph Kabila. Furthermore, Tshisekedi is emerging as an unlikely, but critical voice as the world moves towards a greener global economy.

Tshisekedi, who is this year’s chair of the African Union, was at the forefront at last week’s African Development Bank discussion on how Africa adapts to climate change. He is one of five African leaders — including President Cyril Ramaphosa and the presidents of Nigeria, Kenya and Gabon — invited to President Joe Biden’s climate assembly this week, which marks the US’s post-Trump reintegration into global climate politics.

As Africa emerges economically battered from the pandemic, there is a strong sentiment that the continent’s people can no longer pick up the tab for the rest of the world’s excesses. Vera Songwe, Executive Secretary of the UN Commission for Africa, recently back from the Congo Basin, said:

“For a very long time the conversation around climate change has been Africa didn’t cause it, so someone should pay us. But we are saying Africa is protecting the world and there is a price for that protection, and we deserve it.”

“If Africa is to save the planet, we need to be compensated for that.”

But if these fine sentiments are to be converted into reality there has to be faith in the political leadership of a country that has long been regarded as dysfunctional and unstable.

The details of DRC politics would seldom rise to global importance, but a lot is now riding on the success of Tshisekedi.

After he became president in 2019, Tshisekedi was dogged by questions around the dubious nature of his election “victory” and whether he had the temperament or smarts to stand up to the Kabila machine which, while ceding formal control, maintained the levers of power in alliance with Tshisekedi.

But Tshisekedi has surprised many by reconfiguring Congolese politics. Since January, he has gained control of the two chambers of Parliament and ousted Kabila’s prime minister Sylvestre Ilunga Ilunkamba. New Prime Minister Sama Lukonde Kyenge, a Tshisekedi loyalist from Katanga, is a technocrat and former head of the state-owned mining company, Gecamines.

A “Sacred Union” cabinet comprising a new generation of leadership was announced on Monday with an average age of 47, a statistic that is revolutionary in itself, though most of the ministers remain largely unknown and untested.

The new minister of mines, an extremely important post in a mining country, is Antoinette N’Samba Kalambayi who is only 38. Another key position, that of finance minister, has gone to Tshisekedi adviser Nicolas Kazadi. The new cabinet brings in appointees of Congo’s key regional leaders, Jean-Pierre Bemba and Moise Katumbi, entrenching an anti-Kabila alliance that looks national in character.

Two names that stand out — and who could be critical in the climate change negotiations — are Eve Bazaiba, a member of Bemba’s Movement for the Liberation of Congo (MLC), who is minister of the environment; and Christophe Lutundula, minister of foreign affairs, who is regionally known and appreciated as a man of integrity.

Given the DRC’s long track record of diverting rents into the pockets of leaders and the well-worn pathways of a patronage system, the real political challenge is to ensure that the benefits of the country’s unique resource endowment reach ordinary Congolese who rank among the poorest people in the world.

The task is to prevent everything from getting eaten from within by corruption. It is not just industrial-scale bribery that has robbed the DRC, but a global financial system that permits tax evasion and transfer pricing, and payments that move through offshore havens via white-collar traffickers such as accountants, lawyers and bankers.

The prime example of this is Dan Gertler, the Israeli businessman who, according to the US Treasury, used his close friendship with Kabila to act as a middleman for a number of corrupt mining deals. Gertler has failed in his attempts to wriggle out from under US sanctions and is now said to be persona non grata in the DRC. 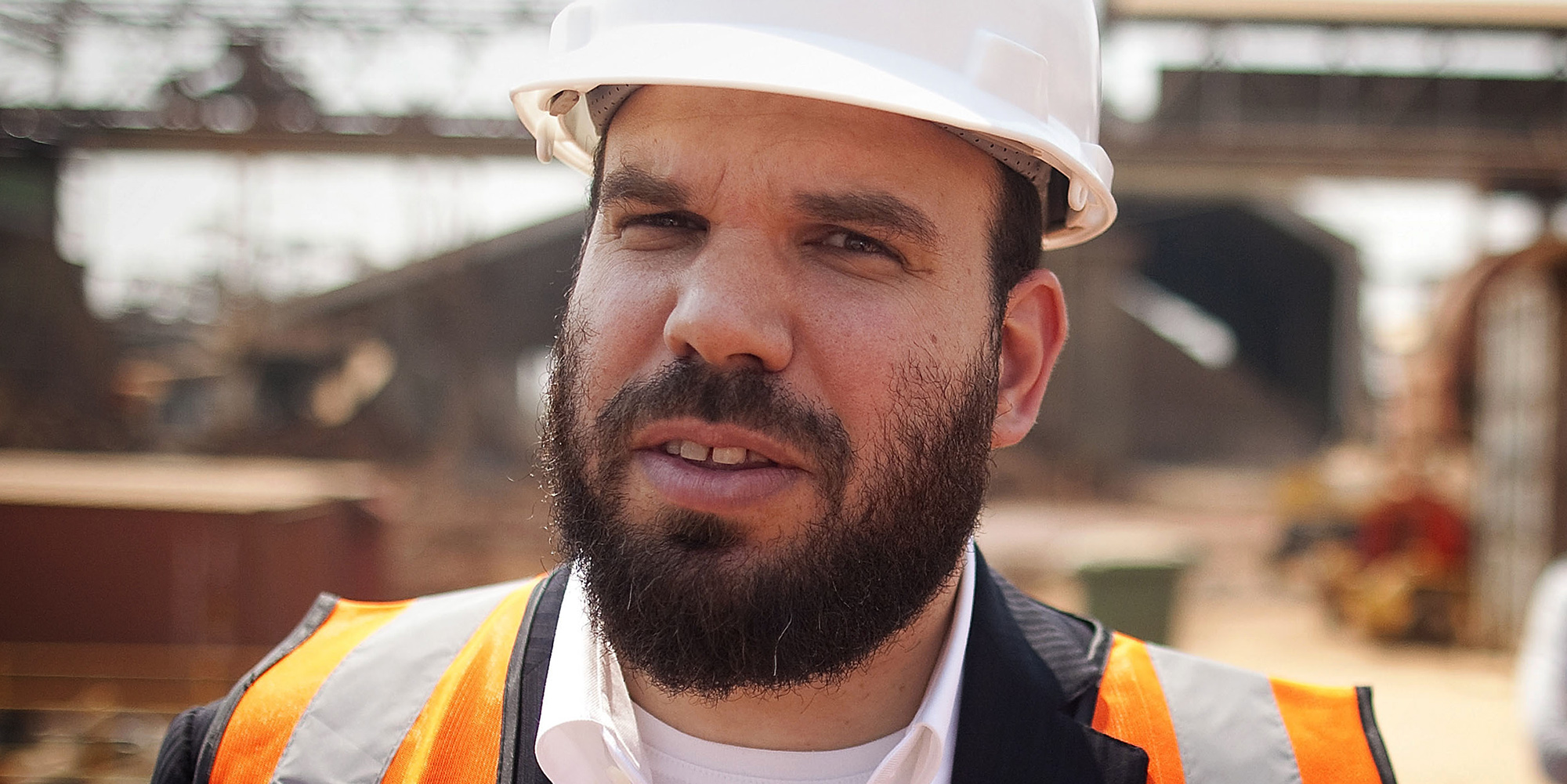 A big question mark still hangs over the mining companies that benefited from the deals with Gertler and Kabila. These include the gigantic Swiss resources company Glencore, which operates Mutanda, the world’s largest producing cobalt mine. The company has been under investigation in the US for three years for allegations of corruption in the DRC and multiple other jurisdictions. Glencore partnered with Gertler in the acquisition of Mutanda and Katanga Mining.

Investigative journalists and groups such as Global Witness have publicised this corruption for more than a decade, but there has been very little accountability.

Tshisekedi has strong political backing from the US to tackle corruption, though there are few American companies left in a mining sector that is increasingly dominated by Chinese firms.

Though Africa is cutting down its forests at a much slower rate than the runaway destruction of the Amazon in Brazil, there is pressure from logging, palm oil farming and agriculture to exploit untouched forests and disturb the peatlands.

The Cuvette Centrale peatlands are estimated to contain 30 billion tons of carbon. According to some studies, if a third of it were to burn, it would double atmospheric concentration of carbon dioxide and raise global temperatures by 50C.

There is much to be gained from preserving the forests and their incredible biodiversity, including saving the endangered lowland gorilla and the African forest elephant. And, in the wake of the pandemic, there is new focus on the fact that leaving the forests undisturbed decreases the risk of the emergence of zoonotic diseases — the future Ebolas and novel coronaviruses that could be transmitted from animals to people.

The Congo’s importance becomes even more pronounced given devastating reports from both the Arctic and the Antarctic which led environmental activist Bill McKibben to declare last week that “We’re reaching the endgame on the climate crisis.” Significantly, the big fear is that the warming of Alaska and Siberia, leading to summer lightning, will ignite fires in the tundra peatlands.

“Translated from the scientific,” he said, “these warnings mean that we’ve got no time left for half-measures. We’re in a desperate race against the destruction of the planet’s life-support systems.”

Back to the Congo: if its forests and peatlands, which are a major component of Earth’s life-support systems, are to be preserved to save the planet, the moral case for the people of the Congo to benefit from not exploiting these resources is irrefutable.

However, the global system is not yet able to deliver a realistic price for carbon or a carbon trade for countries like the DRC, Gabon and the Republic of Congo that would enable them to substantially benefit from leaving the forests intact. The movement to a global protocol for carbon trading is one of the hoped-for outcomes of the climate conference, known as COP26, in Glasgow in November. Once in operation, emitters will be able to buy credits from nations that remove CO2 or prevent the destruction of habitats that release CO2.

Kristalina Georgieva, MD of the International Monetary Fund, acknowledging Africa’s centrality, this month urged collective multilateral action for the world to meet its objective for net zero carbon by 2050. She said that 2021 has “the potential to be the year of climate action. We have the stars aligning”.

One of those stars is the DRC where, for the first time, it seems at least possible for the political leadership, the economics, the science and the global system to come into alignment. DM