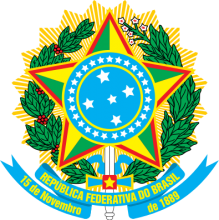 Following more than three centuries under Portuguese rule, Brazil gained its independence in 1822, maintaining a monarchical system of government until the abolition of slavery in 1888 and the subsequent proclamation of a republic by the military in 1889. Brazilian coffee exporters politically dominated the country until populist leader Getulio VARGAS rose to power in 1930. By far the largest and most populous country in South America, Brazil underwent more than a half century of populist and military government until 1985, when the military regime peacefully ceded power to civilian rulers. Brazil continues to pursue industrial and agricultural growth and development of its interior. Having successfully weathered a period of global financial difficulty in the late 20th century, Brazil was seen as one of the world’s strongest emerging markets and a contributor to global growth. The awarding of the 2014 FIFA World Cup and 2016 Summer Olympic Games, the first ever to be held in South America, was seen as symbolic of the country’s rise. However, since about 2013, Brazil has been plagued by a shrinking economy, growing unemployment, and rising inflation. Political scandal resulted in the impeachment of President Dilma ROUSSEFF in May 2016, a conviction that was upheld by the Senate in August 2016; her vice president, Michel TEMER, will serve as president until 2018, completing her second term.

Brazil is a federal presidential republic.

This Decree, consisting of 14 articles, regulates item V of the caput of art. 17 of Law 8,629 of 25 February 1993, providing for the settlement credits within the agrarian reform programme. It is incumbent upon the National Institute of Colonization and Agrarian Reform - INCRA to grant the concession of the settlement credits provided for in this Decree.

This Decree, consisting of 7 articles and six Annexes, approves the Table of Classification of the Urban and Rural Land Uses and Activities of the Distrito Federal.

This Decree, consisting of 4 Chapters, regulates the selection process for the families beneficiary of the National Agrarian Reform.

This National Policy to Fight Desertification and Mitigate the Effects of Drought aims at performing the following activities: to prevent and combat desertification and recovery the degraded areas within the national territory; to prevent, adapt and mitigate the effects of drought throughout the country; to establish mechanisms of protection, preservation, conservation and restoration of natura