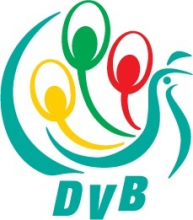 The Democratic Voice of Burma (Burmese: ဒီမိုကရေတစ်မြန်မာ့အသံ, abbreviated DVB) is a non-profit media organization based in Chiang Mai, Thailand. Run by Burmese expatriates, it makes radio and televisionbroadcasts aimed at providing uncensored news and information about Burma.

In July 1992, DVB began broadcasting programming into Burma from studios in Oslo, Norway and transmitting via shortwave radio from the Norwegian transmitter at Kvitsoy. Now the broadcast is sent via satellite.

On May 28, 2005, DVB expanded its programming and began satellite television broadcasts into the country. The organization stated that it hoped to reach some ten million Burmese through this new effort (which it claims is the first free and independent Burmese language television channel), which was funded in part by non-governmental organizations such as Free Voice of the Netherlands, the National Endowment for Democracy, and the Freedom of Expression Foundation.

Burma has been ranked by a German think tank as the second worst country with regards to the effects of climate change between 1994 and 2013.

The Global Climate Risk Index 2015, published by Germanwatch, listed Honduras as the country suffering most from the effects of extreme weather events in the 20-year period. Burma’s neighbours Bangladesh, Vietnam and Thailand were ranked as fourth, sixth and ninth worst affected, respectively.

The locals said that large-scale silica mining projects have resulted in permanent damage to streams and farmlands, ultimately ruining the livelihoods of thousands of people in the township.

Demonstrators convened at the Nam Seere bridge at around 8am, then marched to downtown Namhkam shouting slogans...

...In the last six to eight months there’s been a lot of commotion made about land disputes in Burma. Legally speaking, what’s setting the precedent for this to happen now?

Well the whole phenomenon needs to be looked at in terms of the history of the country when it comes to land ever since independence, whereby a system of law, which essentially gave all power to the state when it came to the control, use and allocation of land, was used and very often abused by those who were members of the state or closely associated with the state to acquire land for personal benefit.

Burmese troops burned down around 50 homes in a village in eastern Kachin state two days ago as they prepare for an offensive against the Kachin Independence Army (KIA), despite assertions from fleeing residents that no rebels inhabit the village.

In response, the KIA has told locals living in areas close to the town of Waingmaw to leave, prompting some 3,000 people to join those who fled the razed Aungja village as they make for the border with China.

These mixed pieces from various parts of Burma, including Mon areas, show that coercive measures and other problems which may lead to displacement are ongoing. Reporting by the Democratic Voice of Burma (DVB) and the Human Rights Foundation of Monland (HURFOM).